With so few out athletes, a violent fight with an ex is not an ideal way to learn about a sports star's sexuality 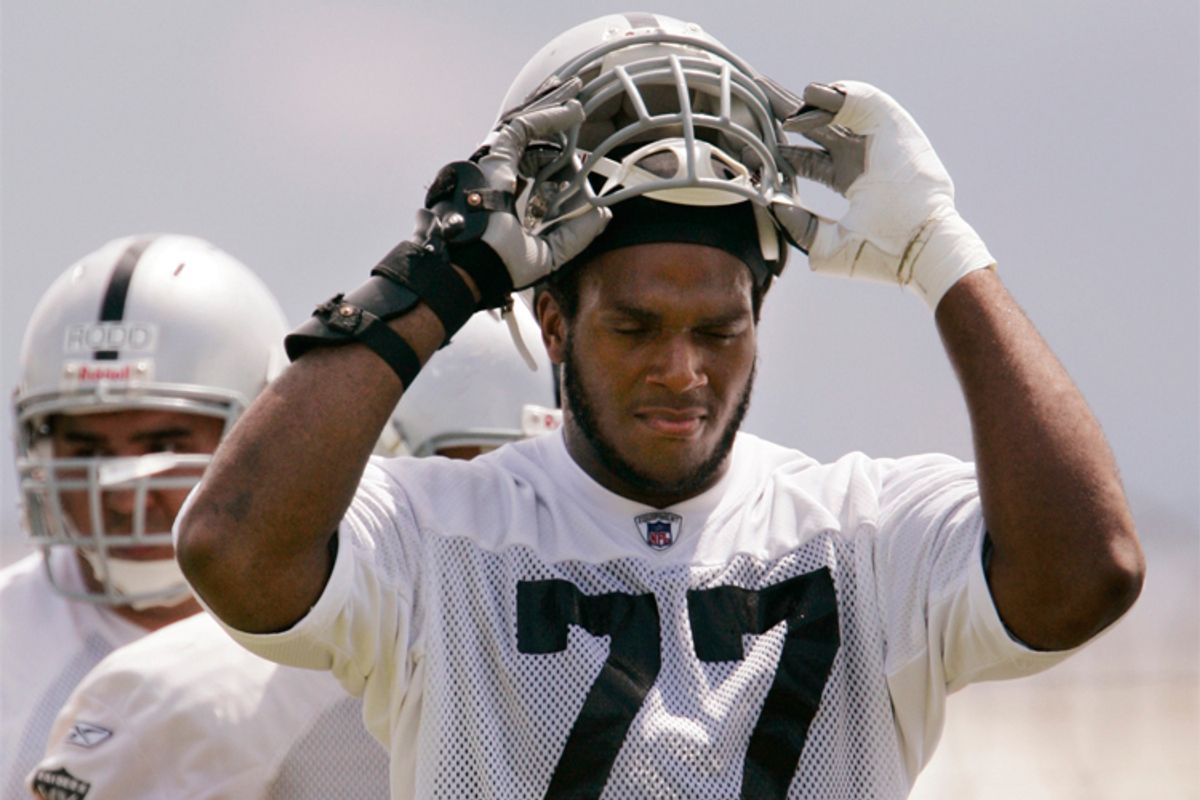 Harris is said to have beaten Dimitri Geier after Geier poured soy sauce over a plate of rice. The pair left the restaurant, after which point Geier's suit claims that the former NFL player pulled down his dining companion's pants and began shaking and punching him.

Harris has been charged with domestic violence and assault.

Deadspin points out that Harris' sexuality has long been whispered about; the NFL has yet to have an openly gay active player, and, indeed, Harris has not acknowledged his sexuality. It's a particularly uncomfortable way to be outed -- as, given the nature of the incident, there's no skating around whether or not Geier or Harris might have been "friends." (It's rather akin to the allegations against John Travolta last year, in which lawsuits against the star by male masseuses, later dismissed, forced the public to at least consider that which the star had always managed to previously dismiss.)

In a much-remarked-upon interview, former cornerback Wade Davis told the Daily Beast that he knew of three gay -- but not publicly "out" -- professional athletes, and that he respected their choice to keep things private to the public and media: "He's just making a choice because it would cause a different type of conversation. And you don't have to deal with that if you don't bring your partner. You can just be one of the guys then."

This is not the first post-career outing of a "big four" professional athlete from the NBA, NFL, NHL or MLB: Baseball, for instance, has had prominent players come out after their careers, including Billy Bean of the San Diego Padres and Glenn Burke of the Los Angeles Dodgers. Last year, Cyd Zeigler Jr. of the gay sports site OutSports told me he was hesitant to break news of the numerous gay athletes he knew of: “There’s a difference between breaking the news and getting the story. There are people I could write about but I don’t — because I want to know what their life is like, how they live. I want the story behind the news." In this case, the news has overtaken the story.