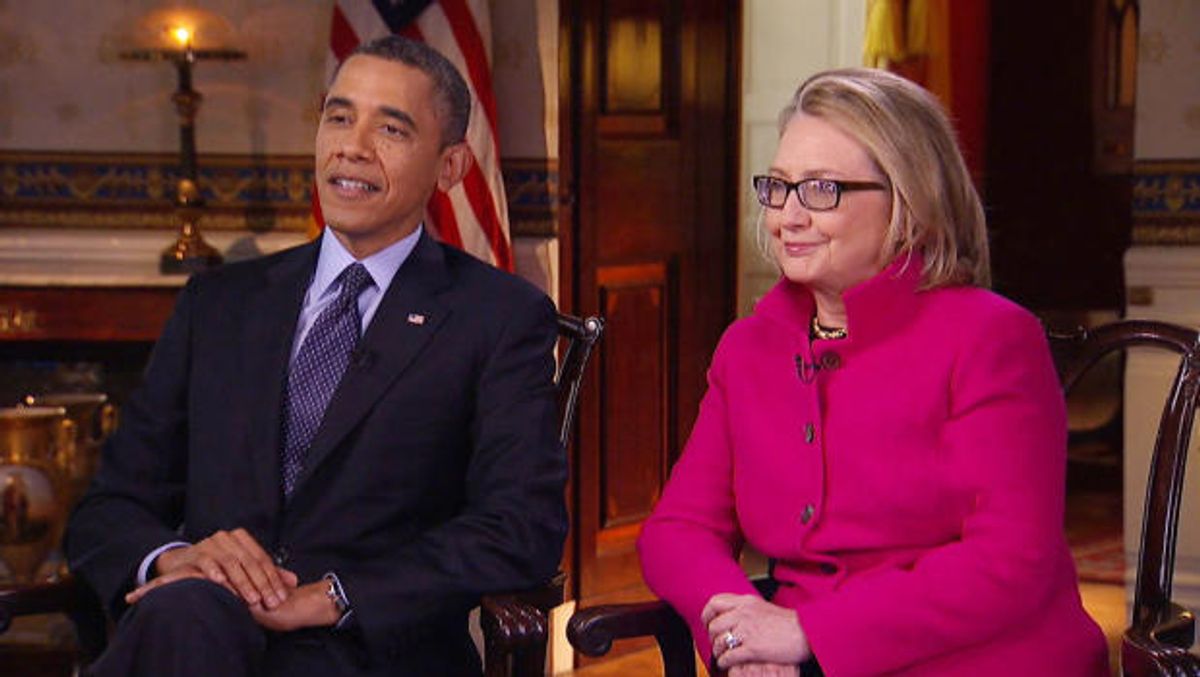 The President said thank you to the outgoing Secretary of State, Hillary Clinton, in a joint interview with "60 Minutes." Said Obama: "Well, the main thing is I just wanted to have a chance to publicly say thank you, because I think Hillary will go down as one of the finest secretary of states we've had. It has been a great collaboration over the last four years. I'm going to miss her. Wish she was sticking around. But she has logged in so many miles, I can't begrudge her wanting to take it easy for a little bit. But I want the country to appreciate just what an extraordinary role she's played during the course of my administration and a lot of the successes we've had internationally have been because of her hard work."