After the blowback of trying to prosecute rape victims, Rep. Cathrynn Brown wants to go after abortion providers 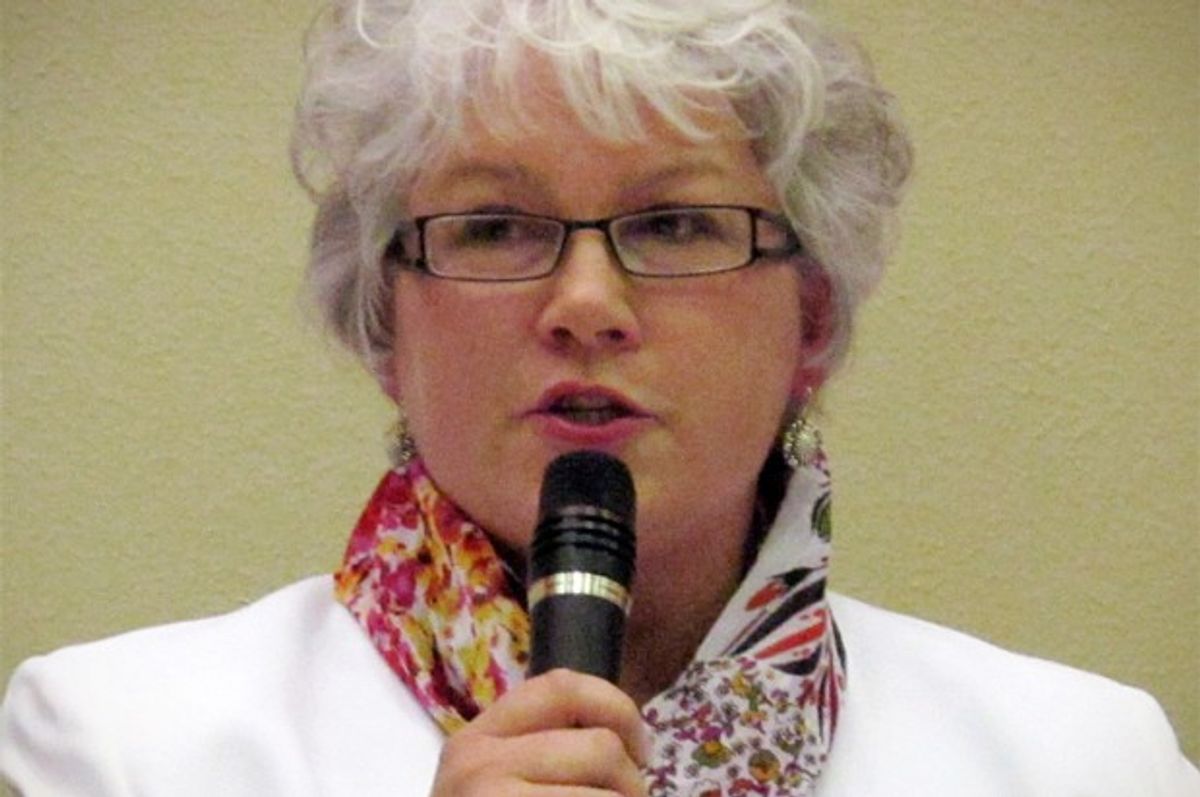 We all remember last week when Republican state legislator Rep. Cathrynn Brown introduced a bill that would charge rape survivors seeking an abortion with a felony, right?

And we all remember when she was promptly Internet shamed and removed all evidence of the bill from her website, posthaste?

Well, she's back. And so is the bill.

After finding out that the public doesn't take too kindly to putting rape survivors in jail, Rep. Brown amended the legislation. Now, instead of charging women who terminate a pregnancy caused by rape with "tampering with evidence," the updated bill will charge state abortion providers. Why? For "facilitating" the destruction of evidence.

So abortion after rape would still be a crime in New Mexico. And that is still a problem.

"Either Cathrynn Brown thinks we can't read or she's trying to pull another fast one," Scott Forrester, executive director of the Democratic Party of New Mexico, said in a statement.

"After getting busted on the national stage for a bill that would criminalize rape victims, Brown walked it back about as fast as she could. But her 'fix' is nothing of the kind. The bill still makes it a crime to 'facilitate' an abortion for a woman who wants one, bottom line. That means doctors, nurses, or anyone else who works at a health care clinic where this is one of the services provided would still be guilty of a felony."

Rep. Brown may think she's cleverly avoiding a P.R. nightmare by changing the language of her bill, but last time I checked, forcing women to carry rape pregnancies to term -- by whatever means -- doesn't poll too well, either.