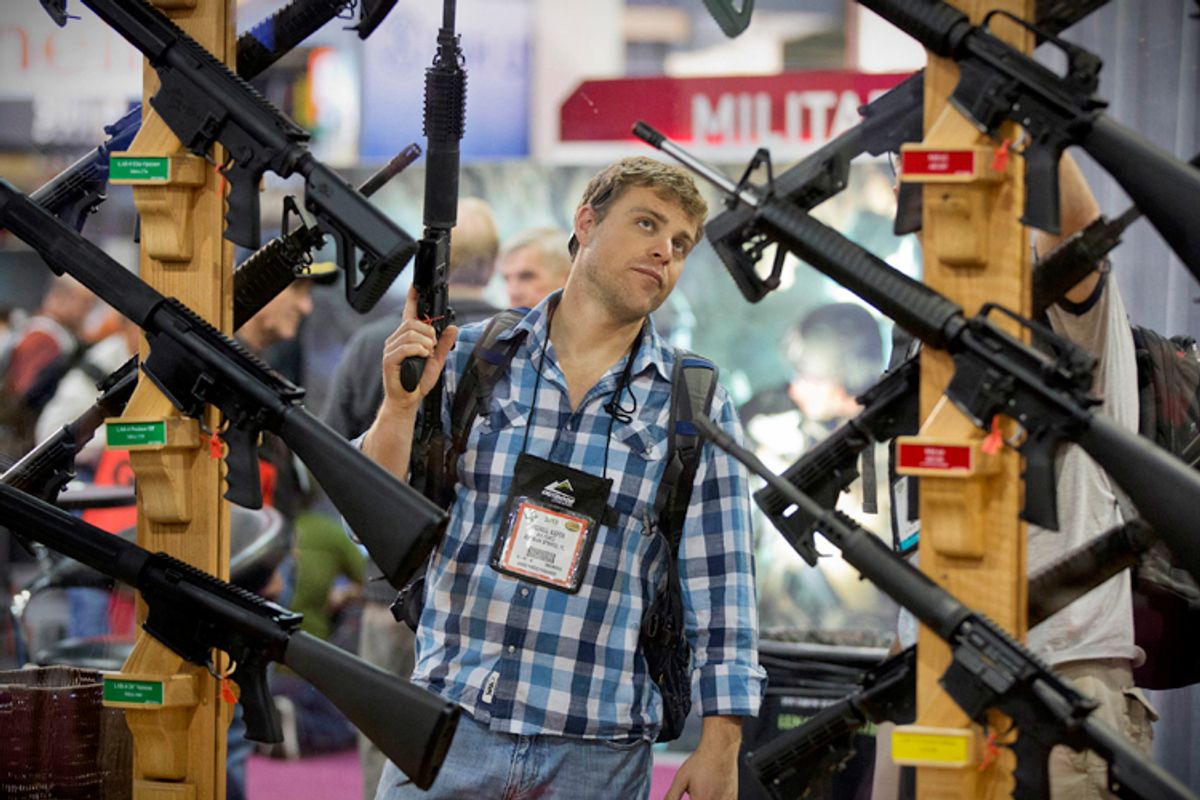 As Washington begins the fight on gun control in earnest, a new poll from Johns Hopkins' Bloomberg School of Public Health should bolster Democrats pushing for new firearms regulations.

According to the survey, released today, a majority of Americans support a wide array of policies being discussed in Congress: 89 percent support closing the so-called gun show loophole by requiring background checks for all firearms sale; 69 percent support banning the sale of semiautomatic assault weapons; while 68 percent support banning the sale of large-capacity ammunition magazines. Meanwhile, more than 80 percent favor prohibiting "high-risk individuals" from having guns, including those convicted of a serious crime as a juvenile or those convicted of violating a domestic-violence restraining order.

GfK Knowledge Networks conducted the survey, which was in the field this month and polled 2,703 respondents nationally. The results are being published online today in the New England Journal of Medicine. Several other polls have found similar numbers, though this one found greater support for some policies. A Gallup poll released last week found that 91 percent would vote for universal background checks, while 60 percent and 54 percent, respectively, favored a ban on assault weapons and high-capacity magazines.

To gain further insight, the Johns Hopkins researchers over-sampled gun owners and people living in homes with guns. "Not only are gun owners and non-gun-owners very much aligned in their support for proposals to strengthen U.S. gun laws,” said study co-author Daniel Webster, director of the Johns Hopkins Center for Gun Policy and Research, “but the majority of NRA members are also in favor of many of these policies.” For instance, the survey found that 74 percent of NRA members supported universal background checks for all firearm sales.

Of the 31 different gun policies researchers asked about, a majority of Americans supported all but four. “This research indicates high support among Americans, including gun owners in many cases, for a wide range of policies aimed at reducing gun violence,” said lead study author Colleen Barry, an associate professor at the Johns Hopkins Bloomberg School of Public Health.