Cuomo in, Carville and Matalin out at CNN 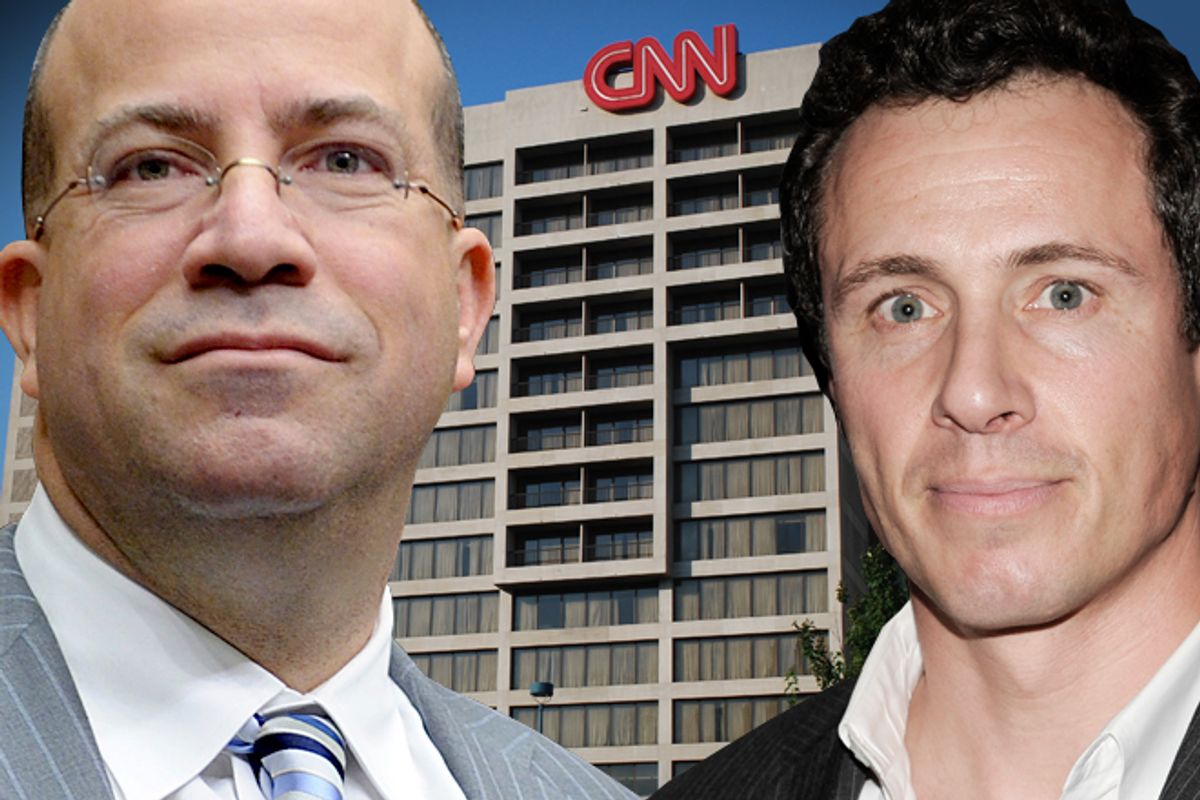 Chris Cuomo, formerly of "Good Morning America," is headed to CNN to hopefully revamp the network's morning slate, reports the New York Times. Cuomo — the brother of New York Gov. Andrew Cuomo — is reportedly joining the network's morning show, which is hosted by another former network stalwart, Soledad O'Brien. (O'Brien may be on her way out -- the network is "discussing various options with" the anchor.) So begins the era of former NBC honcho Jeff Zucker leading the third-place cable news network, and the inventor of the concept in the first place.

From an NBC-trained anchor to an ABC-trained one, the morning shows may seem to be more of the same (though possibly with a new title replacing "Starting Point"), though the programming across the channel will lose some key personalities: Mary Matalin and James Carville, the dueling conservative-wife-and-liberal-husband duo, will peddle their act elsewhere, as they have been let go. ("I'm completely cool with it," said Carville, noting that the pair were often unavailable at their New Orleans residence.) Also departing: conservative commentator Erick Erickson and managing editor Mark Whitaker.

There are more questions than answers raised by the personnel shift -- not least of all because Chris Cuomo is not a name with a big public profile of any sort attached, not even as much as perpetually rumored potential CNN hire Ann Curry. He's not the Bill O'Reilly-in-the-aughts or Rachel-Maddow-in-2009 level news star that can redefine a network -- at least, he wouldn't seem to be. But the most intriguing departure may be that of the network's managing editor -- indicating that the network, whose great strength has long been its wealth of foreign bureaus, may be about to rethink just how that news is gathered and disseminated on U.S. air, downgrading the importance of "contributor" pundits paid to opine and increasing the importance of news hour to hour.

Or they'll replace Erickson with a generic right-wing pundit and Matalin and Carville with a new married couple -- Tina Brown and Harry Evans are available! -- in an attempt to apply new faces to the same old problem, that people interested in watching CNN are not looking for a less "partisan" "Morning Joe" or "Fox & Friends," but rather for breaking news. We'll be waiting to see whoever the next hire after Cuomo is with great interest.