Do men respond differently to a female soldier in danger? 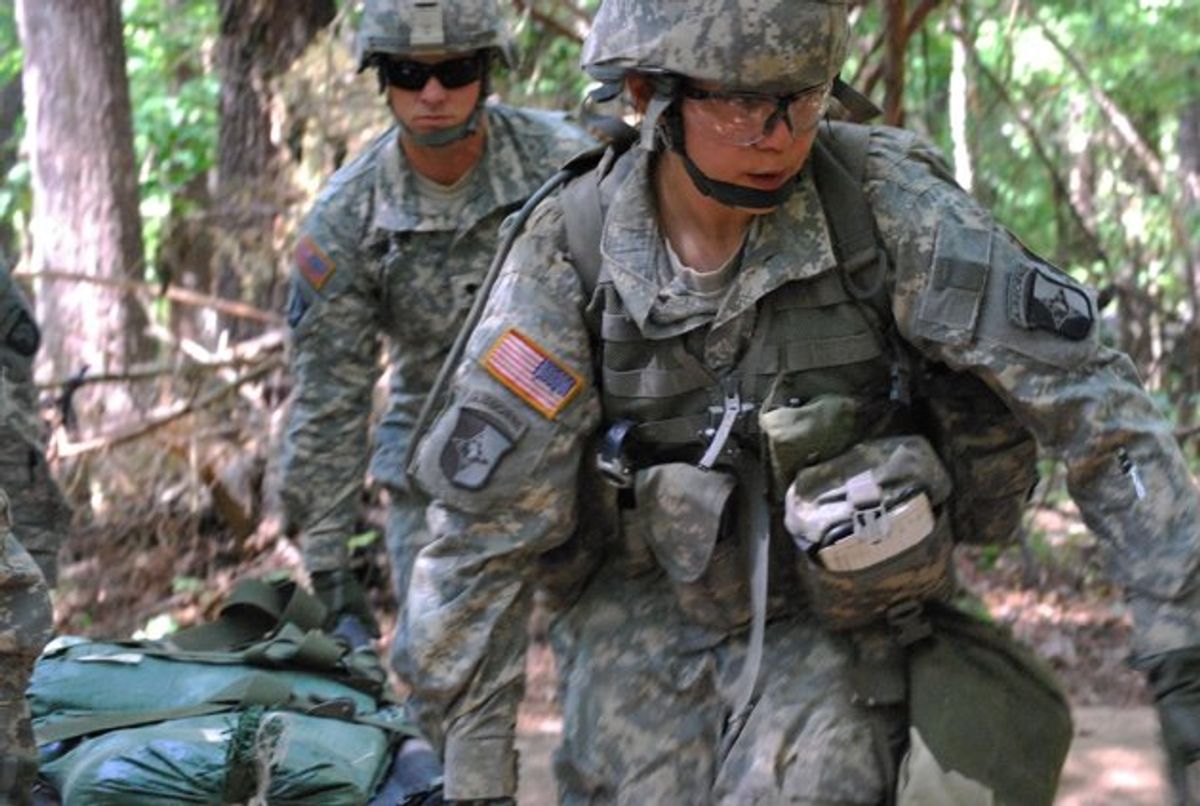 Despite ample proof that women have long been serving on combat patrols in the American military, and a vast international precedent of women on the front lines of war, the reaction to the Pentagon's announcement has been mixed.

There has also been a considerable amount of talk about conventional gender dynamics on the battlefield. Heather Mac Donald at the National Review recently wrote that the change in policy will require men to "squelch any last remaining vestige of their impulse towards protection," limiting their combat effectiveness and ultimately risking lives. And Marine Carlos Laguna recently told Fox News "the screams of women, they have a big psychological effect on men ... If we're in a firefight and a woman is shot or lost her arm, male Marines like me would want to stop and help. It's our nature to help women."

But is there any evidence to support that? Do men really respond differently to seeing a female soldier wounded or killed?

"There is no evidence for it," Janice Laurence, a psychologist specializing in military issues and a principle researcher on the 1999 Congressional Commission on Military Training and Gender-Related Issues, told Shaunacy Ferro at Popular Science. "Certainly some men have been raised that you treat women as second class citizens and they need to be protected. I think if you hear your male soldier buddy scream it affects you just as much," she said.

Armando Estrada, an assistant professor of industrial and organizational psychology at Washington State University, believes the lack of evidence to support claims of male protection is in large part due to the difference between civilian and military life. "There are no empirical studies that can substantiate the linkage between one’s belief system overriding one’s military training," he said.

And as Ferro notes, perhaps the most condemning evidence against claims about men's biological impulse to help female soldiers is the prevalence of violence against women in the American military. According to military statistics, there were 19,000 sexual assaults in 2010. For context, 462 soldiers died in combat that same year.

"How's that for a protection instinct?" Ferro asks.