While onlookers shouted at OWS marches to "Get a job!" a new study reaffirms the absurdity of such taunts 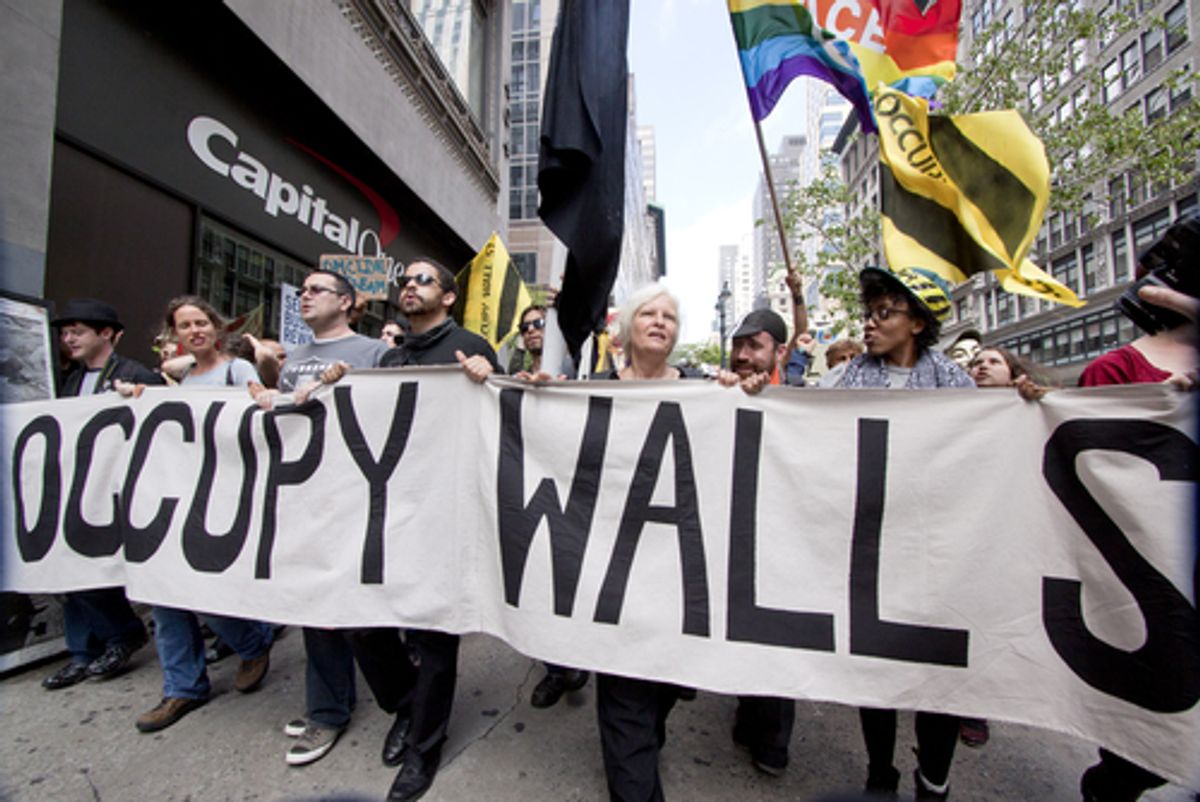 When Occupy Wall Street protests were their most buoyant, from fall 2011 to May 2012, rarely would a street march go by in New York without some suited onlooker shouting "Get a job!" to the careening crowds. As participants were well aware at the time -- and as a brand-new study affirms -- most participants had jobs. "I have three!" I recall one public school teacher retorting as a march snaked through Lower Manhattan.

A new study from CUNY's Joseph A. Murphy Institute for Worker Education and Labor Studies, based largely on a sample of protesters interviewed during a mass May Day rally last year, found that the majority of participants were white and well-educated (76 percent of respondents had a four-year degree). Two-thirds of Occupy protesters had professional jobs, the sociology study found, with nearly a third living in households with incomes of $100,000 or more. Meanwhile, nearly a third of the protesters had been laid off or lost a job and a similar number said they had more than $1,000 in credit card or student loan debt. A significant number of respondents were precariously or underemployed and 10 percent of respondents were unemployed and seeking work.

That Occupy Wall Street was disproportionately constituted by white, young, highly educated individuals in New York will come as no surprise to anyone marginally involved. Indeed, significant energy during assemblies and action planning meetings went into challenging white, male privilege and assumptions of expertise based on elite educations. Leftisit economist and journalist Doug Henwood commented via Facebook on the study that while "some will spin this as the complaints of the privileged," he sees it as, "you know, solidarity." Admirably, thousands of young, middle-class and affluent students and graduates sought to challenge the conditions for their own privilege.

Predictably, the New York Post, which regularly delivered the print equivalent of a "Get a job!" slur during Zuccotti Park's heyday, has jumped on the study. "It seems those Occupy Wall Streeters were a lot closer to the 1 percent than they would like to admit," noted the Post Tuesday. The message underpinning such criticism is glaring: Whether you're jobless, underemployed, professional, middle-class, poor, under- or over-educated, if you dissent and fight the current conditions for yourself and those around you, you'll be told to stop. No one, according to such New York Post logic, is the right subject to revolt.