There are currently more than 2,000 gnome paintings on utility poles, with many screwed to the bases 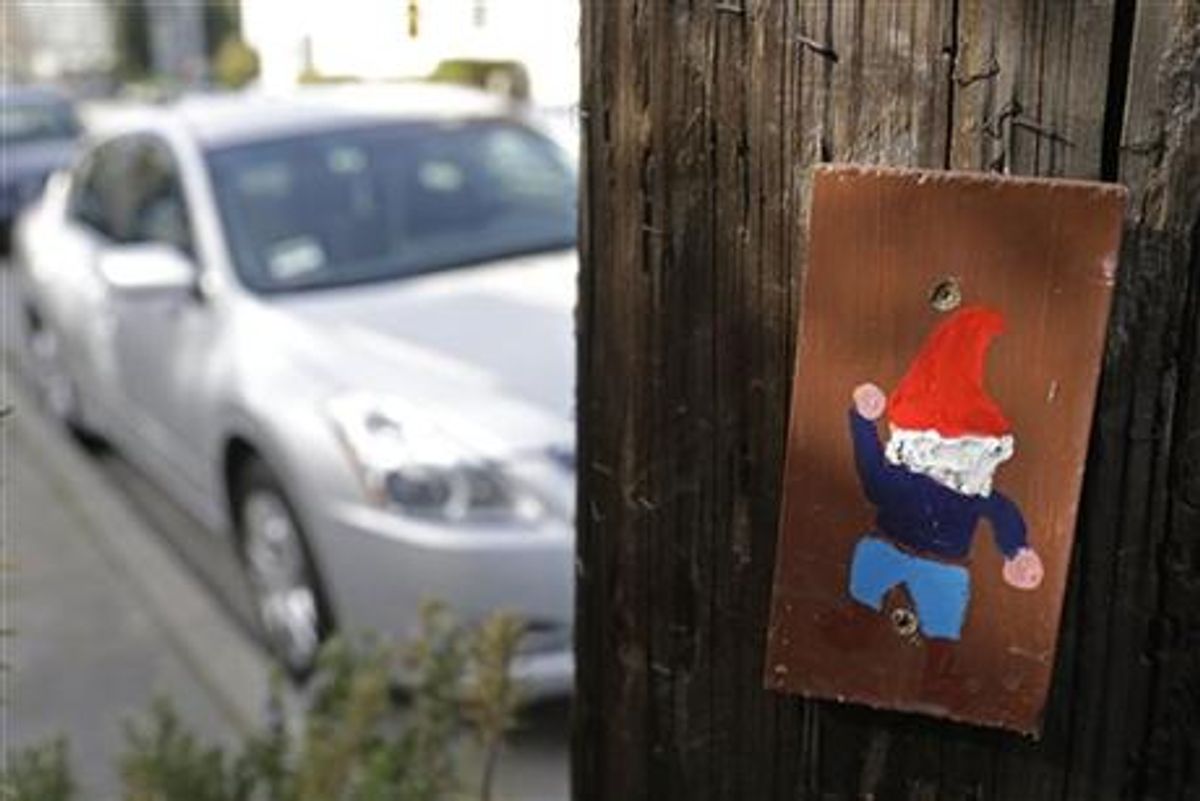 OAKLAND, Calif. (AP) — Small paintings of gnomes that have popped up on utility poles have become a community sensation in Oakland, prompting Pacific Gas & Electric Co. to say Tuesday that it will keep them in place for now.

The hand-painted portraits on 6-inch blocks of wood began going up last year in an apparent effort to brighten up the blue-collar California city. There are currently more than 2,000 of the images on utility poles, with many screwed to the bases.

The gnomes have red hats, white beards and brown shoes. Some of the images contain a mushroom.

Word that PG&E planned to remove the paintings sparked an outpouring of support from residents who said the gnomes add character to the city.

PG&E spokesman Jason King planned to meet Tuesday with the artist, who requested to remain anonymous, and a member of the City Council. The utility hopes to eventually relocate the gnome paintings from the poles to other spots in the same neighborhoods.

"We've received a lot of feedback from residents who love the gnomes," King told The Associated Press. "We're looking for solutions. We'll keep them where people can enjoy them."

King said PG&E did not want to encourage such installations, explaining a proliferation of such images could cause damage or make it difficult for crews to access the poles.