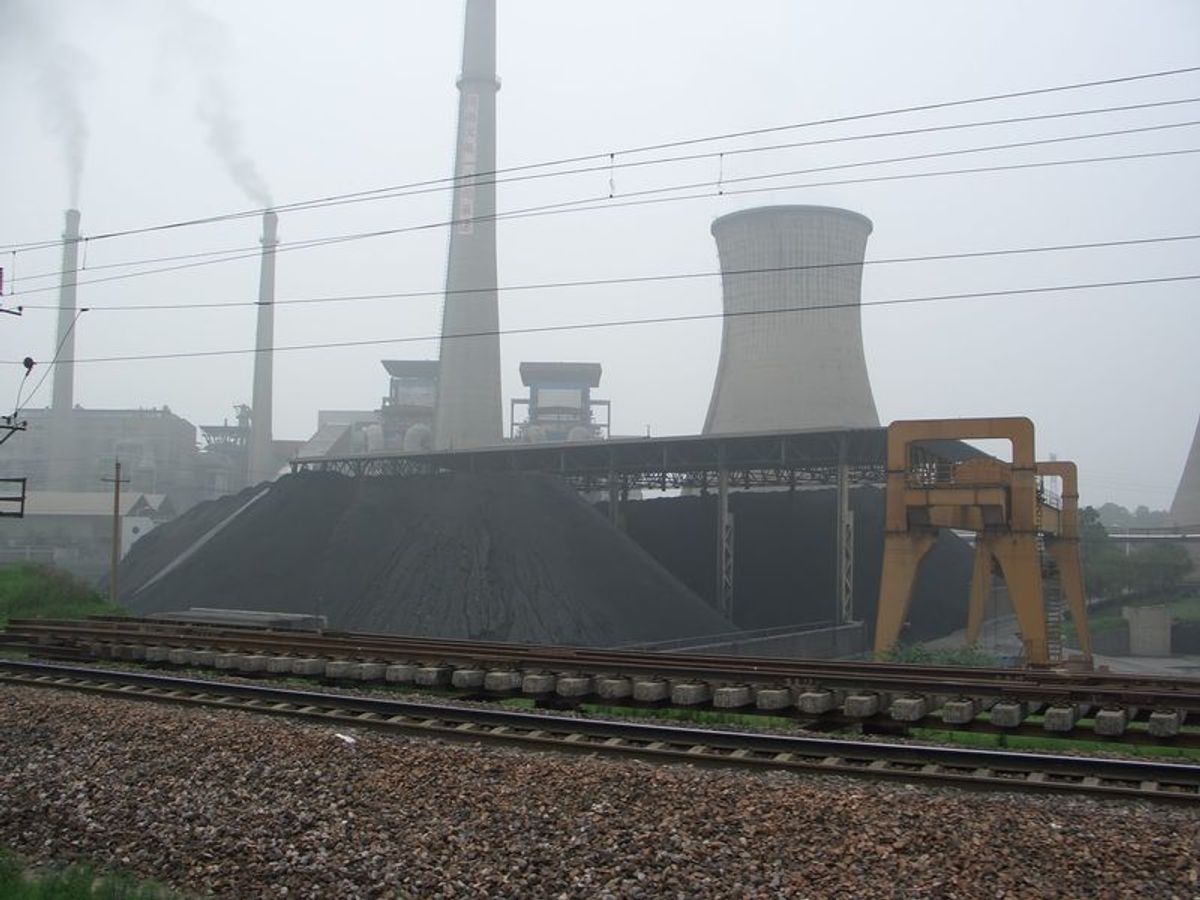 According to new U.S. Energy Information Administration data, China burns nearly as much coal as the rest of the world combined. Coal consumption grew in the country for the 12th year in a row in 2011 and accounted for 87 percent of the 374 million ton global increase in coal use in 2011.

China overtook the U.S. as the world's biggest carbon emitter in 2007, and became the world's biggest consumer of energy in 2010. David Frum noted that the statistics make greenhouse gas emission restraint goals posited by the Kyoto Protocol look "obsolete." But as the Washington Post noted, the "big question" is whether this mass consumption, fueled by industrialization, will continue:

The International Energy Agency expects Chinese coal demand to taper off in the coming years, growing at a slower 3.7 percent annual pace between 2011 and 2016. Other projections suggest that China coal use will peak by 2030, as the nation shifts to cleaner forms of energy.There’s just one catch: India is also growing rapidly and demanding ever more coal. By 2017, the IEA expects India to become the world’s second-largest coal consumer, surpassing the United States.