The family of the boy, who was held by cops for hours, is suing the police and the city 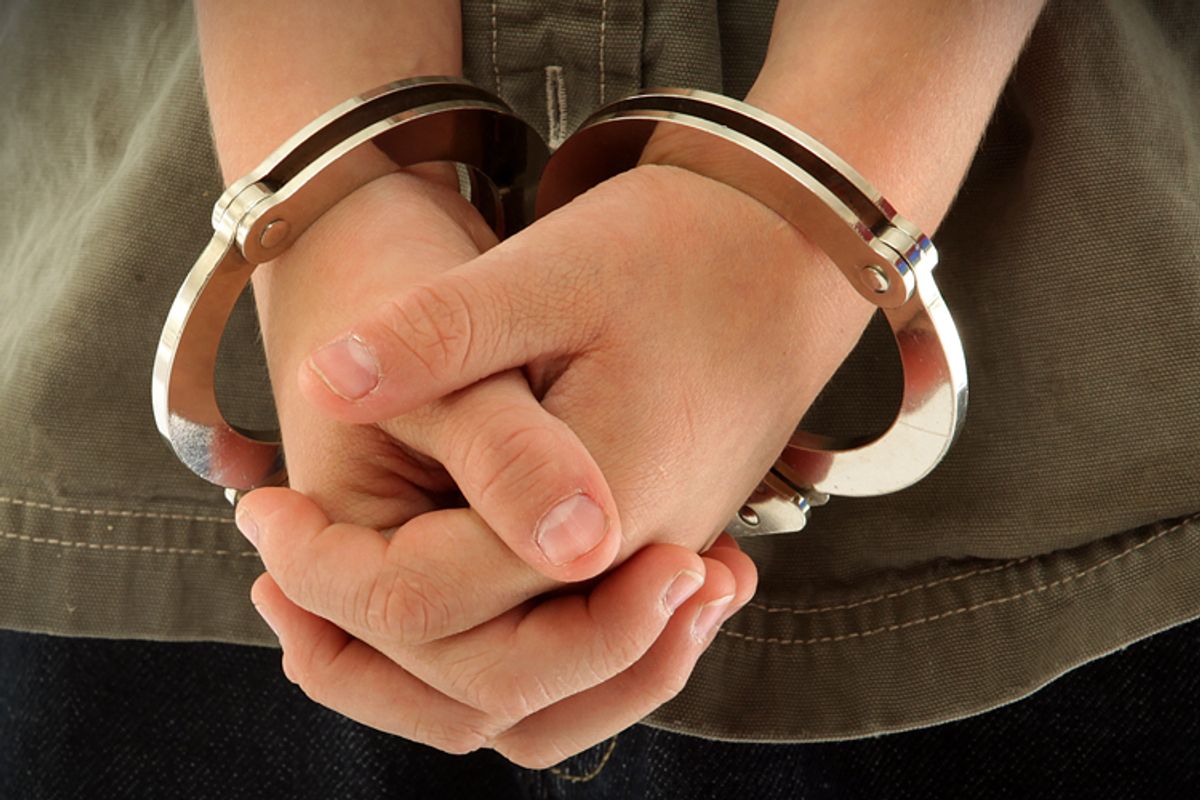 Bronx police arrested a 7-year-old boy, put him in handcuffs and held him in custody for 10 hours after a playground fight over $5, according to a $250 million claim brought by the child's family against the city and the NYPD. Officers allegedly arrived at the Bronx public school on Dec. 4 in the morning and handcuffed and held Wilson Reyes in a room there for four hours before taking him to the station house for another six hours of interrogation and verbal abuse, the suit alleges.

The New York Post reports that Reyes' mother found him at the police precinct, "panicked" and "seated in a shabby chair with his left wrist cuffed to the wall."

The incident apparently began when Reyes' was falsely accused by another child of stealing $5, provoking a scuffle. Children 7 to 17 years old can be tried as juveniles and Reyes originally faced a robbery charge before another child admitted to taking the money and charges against the 7-year-old were dropped. But Reyes' family is seeking damages.

"I never imagined the cops could do that to a child. We’re traumatized,” his mother, Frances Mendez, told the New York Post. "It’s unfathomable, what the police did. The whole thing sounds so stupid. They were interrogating him like he was a hardened criminal," said Mendez's attorney, Jack Yanowitz.

The city has responded to the claims saying Mendez's account is "grossly untrue" and that "the child was held in the precinct ... less than half of the time mentioned" -- which still means a 7-year-old was held for well over four hours by police.

As Gothamist noted, this is not the first alleged incident of excessive police action in New York schools.  In 2010, for example, a Queens 12-year-old was put in metal handcuffs by police when caught doodling on her school desk in green marker. Meanwhile, elsewhere in the country schoolchildren have been arrested for acts including burping in class, spraying on perfume and milk fights.