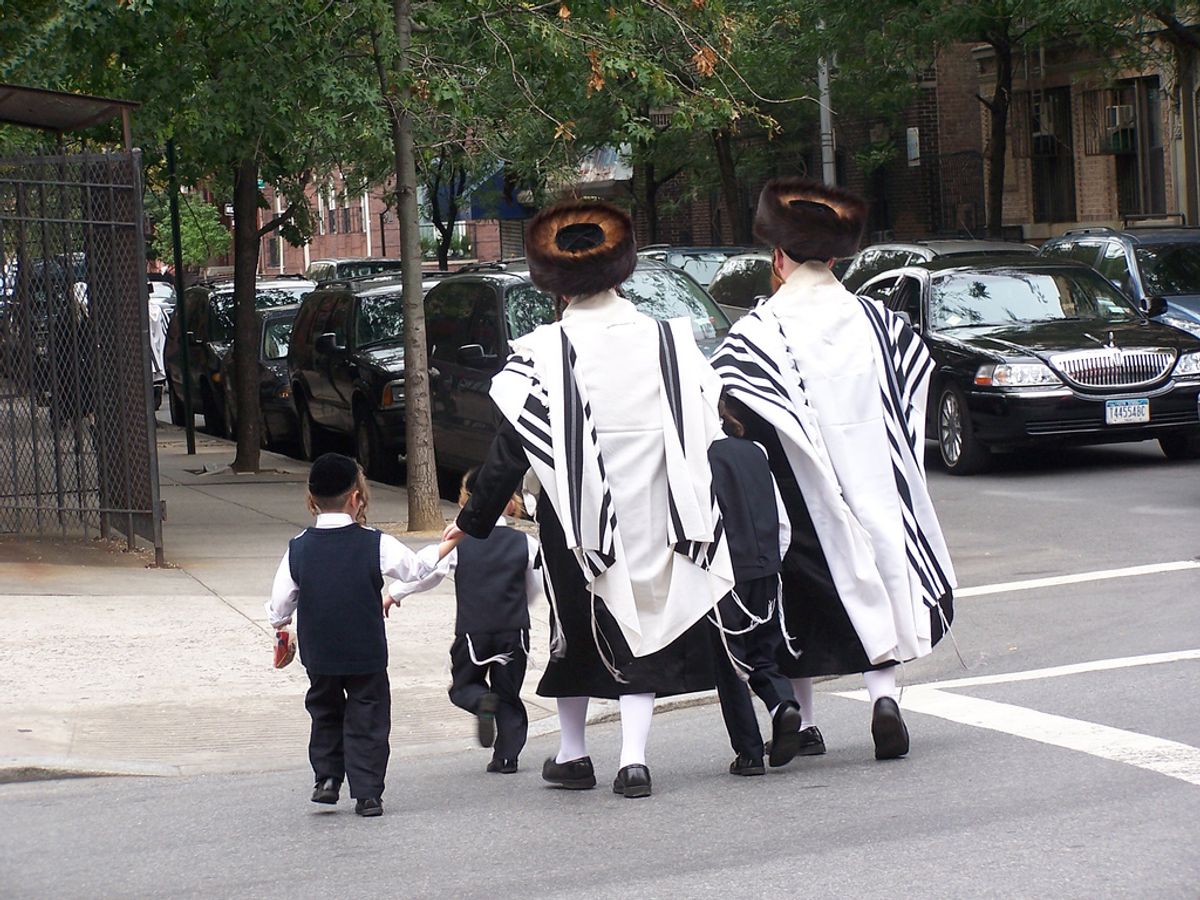 In ultra-Orthodox Jewish communities across New York state, women wear long skirts and long-sleeved, high-necked blouses on the street; men wear suits and white collar shirts, buttoned to the neck; and girls are told the precise color and thickness of the stockings they can wear to school.

And these aren't just recommendations -- community modesty codes are strictly enforced. Not just by social custom, but by a self-appointed, shadowy group of men who police a predominantly Hasidic neighborhood in North Brooklyn, according to a report in the New York Times.

“They operate like the Mafia,” Rabbi Allan Nadler, director of the Jewish studies program at Drew University, told the Times. “They walk into a store and say it would be a shame if your window was broken or you lost your clientele,” he said. “They might tell the father of a girl who wears a skirt that’s too short and he’s, say, a store owner: ‘If you ever want to sell a pair of shoes, speak to your daughter.’”

Many of the rules of conduct are focused explicitly on regulating what Hasidic women car wear in public, believing that an uncovered head or a skirt that reveals too much will arouse the sexual attention of men and boys.

But in places like Williamsburg, Brooklyn, the issue of non-compliance with ultra-Orthodox modesty rules has crept into neighboring secular areas. In 2009, Hasidic South Williamsburg community members successfully rallied to block a bike lane that brought outside bicyclists -- specifically, women wearing shorts -- through the neighborhood.

“I have to admit, it’s a major issue, women passing through here in that dress code,” Simon Weisser, a member of Community Board 1 in Williamsburg-Greenpoint, told the New York Post.

“It bothers me, and it bothers a lot of people.”

The Central Rabbinical Congress of the United States and Canada, housed on the second floor of a Williamsburg row house, issues guidelines on modesty, but says it does not explicitly enforce any code.

“We give out proclamations,” Rabbi Yitzchok Glick, its executive director, told the Times. “We don’t enforce. It’s like people can decide to keep Shabbos or not. If someone wants to turn on the light on Shabbos, we cannot put him in jail for that.”

But others, community members say, have used force and coercion to enforce the code.

“There are quite a few men, especially in Williamsburg, who consider themselves Gut’s polizei,” Yosef Rapaport, a Hasidic journalist, using the words for “God’s police,” told the Times.

“It’s somebody who is a busybody, and there are quite a few of them — zealots who take it upon themselves and they just enforce. They’re considered crazy, but people don’t want to confront them.”