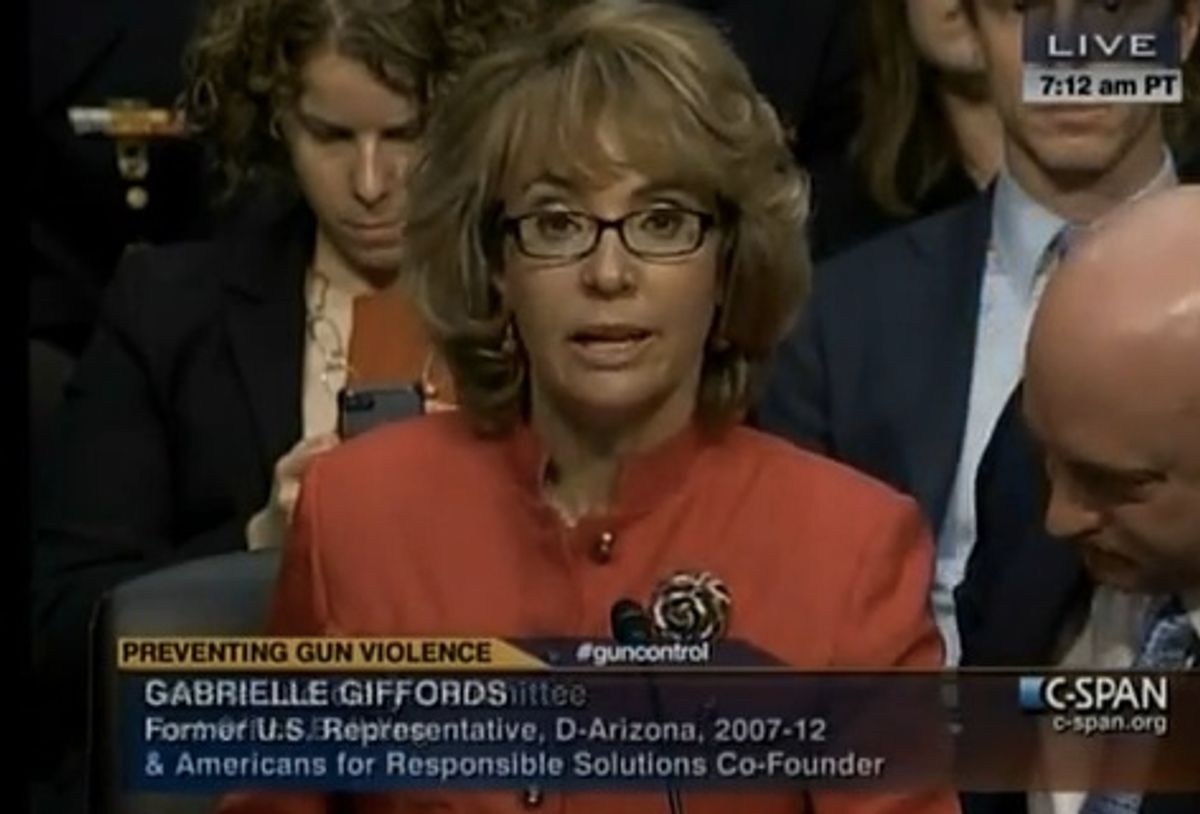 Former Rep. Gabrielle Giffords appeared at Wednesday's Senate Judiciary Committee to testify on the importance of curbing gun violence. "We must do something," she said. "It will be hard. But the time is now."

Giffords was shot in the head during an event with constituents in Tucson, Ariz., in January, 2011. Her husband, Mark Kelly, was also among the witnesses at the hearing.

"Thank you for inviting me here today. This is an important conversation, for our children, for our communities, for Democrats and Republicans. Speaking is difficult, but I need to say something important. Violence is a big problem. Too many children are dying. Too many children. We must do something. It will be hard. But the time is now. You must act. Be bold. Be courageous. Americans are counting on you. Thank you."