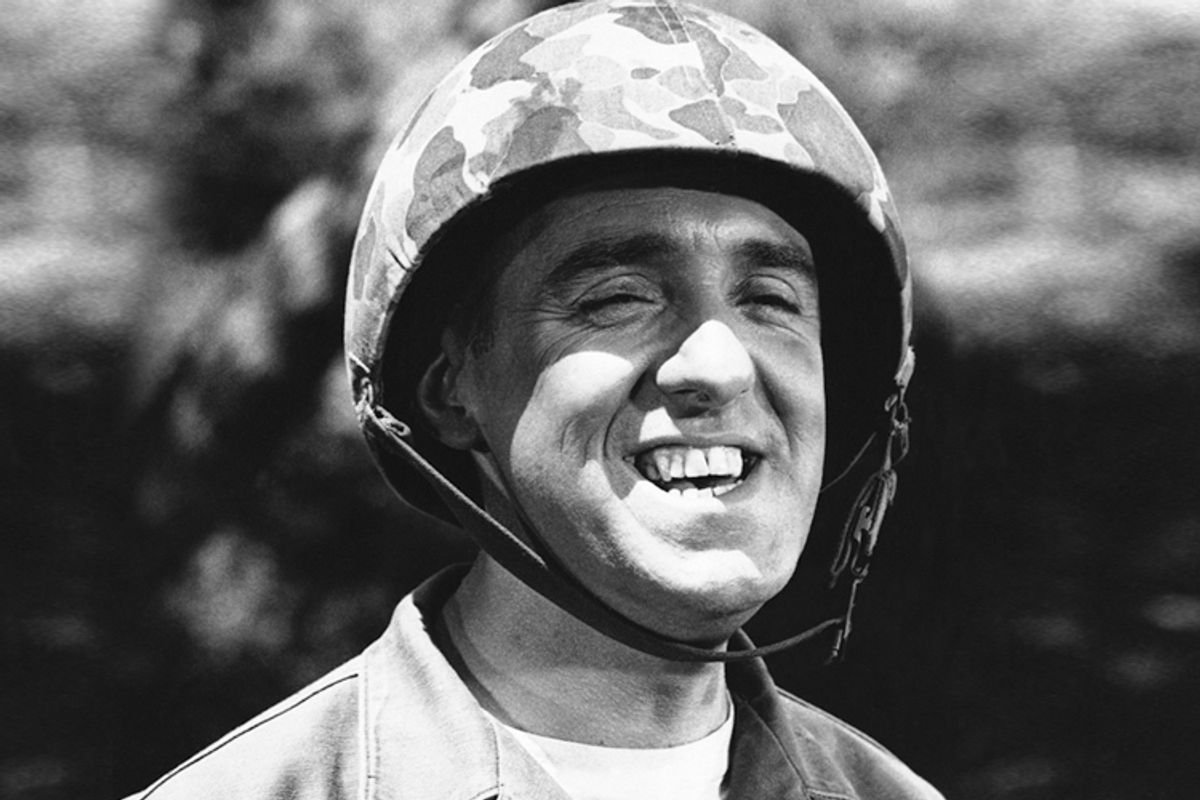 Jim Nabors, best known as Gomer Pyle from "The Andy Griffith Show" and "Gomer Pyle, U.S.M.C.," has just wed his partner of 38 years, Stan Cadwallader, in Seattle, according to Hawaii News Now.

The couple traveled from their Honolulu home to Washington, where same-sex marriage became legal last month, and got married on Jan. 15. The ceremony was held in the privacy of their hotel room at the Fairmont Olympic Hotel, where they were joined by two friends — their neighbors from near Diamond Head — who served as witnesses. According to the actor, the couple first met in 1975, when Cadwallader —  who is now — was a Honolulu firefighter.

Nabors, who is 82 years old and has never been out to the media, but lived openly among his friends and colleagues, said before the nuptials: "It's pretty obvious that we had no rights as a couple, yet when you've been together 38 years, I think something's got to happen there, you've got to solidify something. And at my age, it's probably the best thing to do."