For the first time since her inauguration snafu, Beyoncé takes questions on lip-syncing -- and the Super Bowl 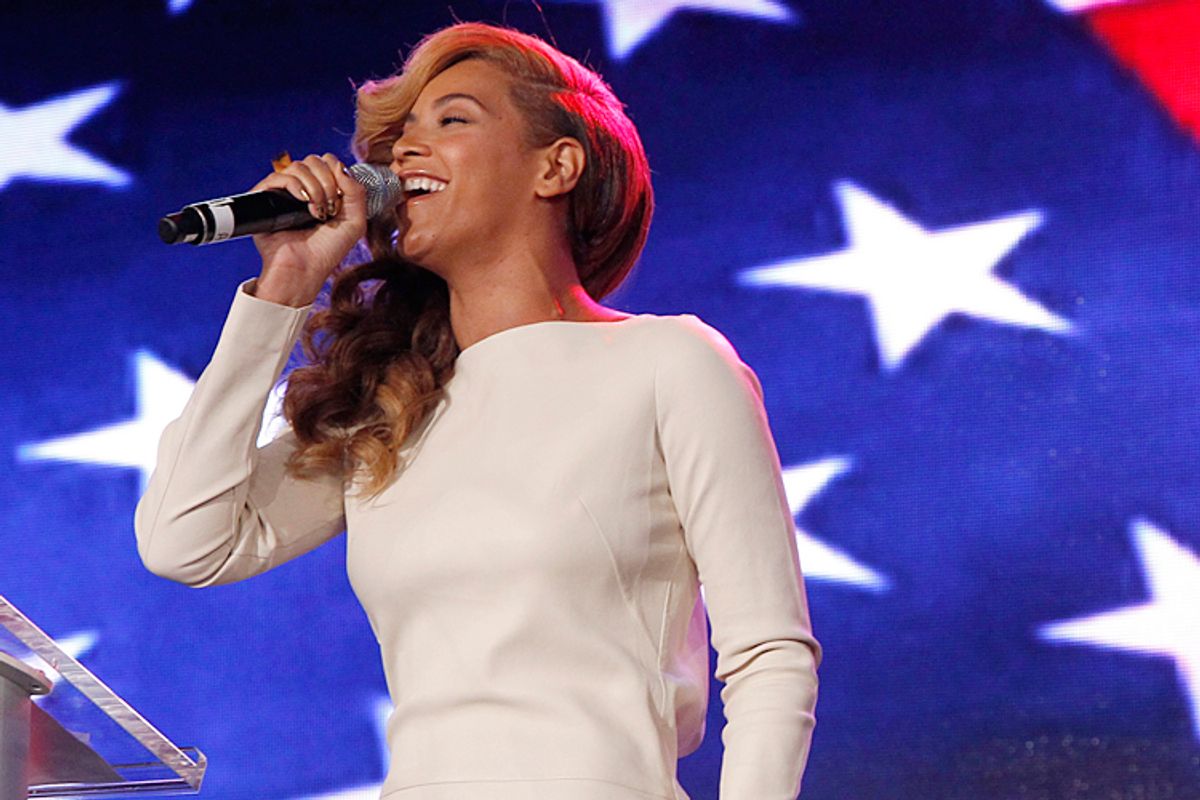 Beyoncé's had a busy year -- the singer, performing at Sunday's Super Bowl halftime show, delivered a memorable, and memorably less-than-live, rendition of the National Anthem at Barack Obama's inauguration last week. For the first time since the lip-syncing scandal, the singer opened the floor to questions at a pre-Super Bowl press conference in New Orleans -- but not before belting a live rendition of the National Anthem to assembled reporters.

The a cappella anthem didn't stop the questions from a generally reverent press. "Did any sound come out of your vocal chords during the inauguration?" asked the most aggressive of the group.

Though Beyoncé acknowledged that she had "haters" -- "I love haters!" she told a group of reporters who lavishly praised her even as they asked about an embarrassing moment -- she seemed little-prepared for much questioning. Asked by a Danish reporter what color her toothbrush was, she replied, "Blue? Blue and yellow, maybe."

Watch this colorful video on street performers in the French Quarter: