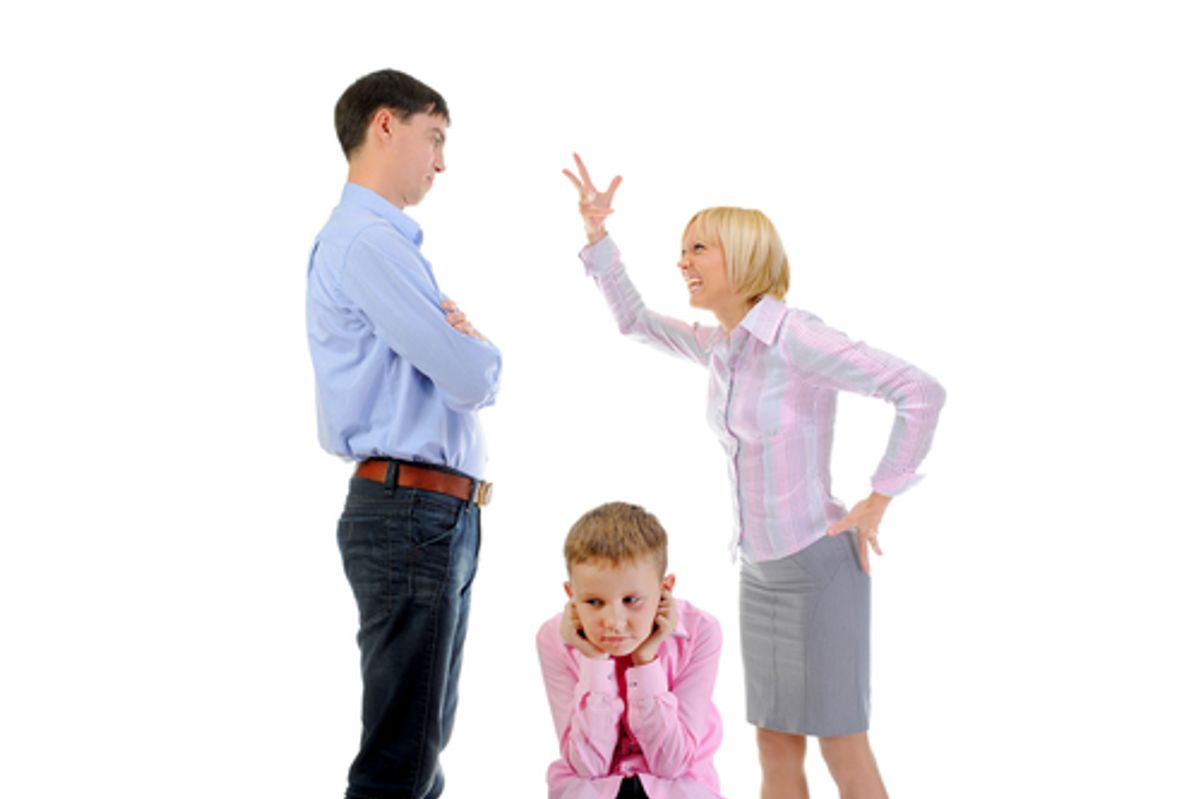 KJ Dell'Antonia, lead writer for the New York Times' Motherlode, wants to know why moms are so much more likely than dads to know all the nitty-gritty details of their children's lives.

And Bruce Feiler, another Times scribe, has the answer: It's because mean mommies won't relinquish control to their poor husbands! "The most significant predictor of dad involvement is the mom’s willingness to give up control and allow the father to do things a slightly different way," Feiler writes.

Here's how Feiler knows: Dell'Antonia recently went on a business trip, and rather than trying to micromanage her husband's week of single parenthood with a master list of kid-related reminders, she left him to do his thing. But he called her anyway, and she had to walk him through hockey practice drop offs and the basics of what kid goes where and when.

But according to Feiler, that was very controlling of her! "Were you just being a loving spouse, helping your husband through a pinch? Or were you subtly reinforcing (er, protecting?) your role as the dominant parent? Maybe the idea of the bumbling dad is just too valuable for moms to let go of."

Now, let's ignore how Feiler goes on to tell Dell'Antonia that she is only imagining being judged more harshly as a parent than her husband, ("So the next time you hear (or imagine) those whispers or see (or invent) those raised eyebrows..."), and let's move past how Dell'Antonia so willingly accepts Feiler's diagnosis of Mean Mommy Syndrome, and instead consider some data.

According to the Department of Labor's American Time Use Survey, married men who work full time spend around 14 minutes a day on housework, while women who also work full time spend around 52 minutes doing the same. And when it comes to parenting, working fathers spend just 52 minutes caring for kids on an average day, and only 55.1 percent did so regularly, compared to 83 percent of working mothers.

Are we really going to blame so-called mean moms for the gender gap at home? To say nothing of a culture that presents sharing housework as emasculating (and, apparently, a boner-killer!) and asks CEOs and presidential hopefulsif it's "responsible" to take on demanding, full-time work so soon after having a child? And really, Bruce Feiler? You're comfortable giving men a pass on parenting because "When a mother criticizes her partner’s child-care efforts, it causes him to lose confidence and withdraw?" That's the best you've got?

Yeah, I didn't think so.

Worse still, there isn't much room for debate in the Times "Room for Debate" on co-parenting. Feiler tells Dell'Antonia that she is the reason her husband isn't helping out at home more, and Dell'Antonia simply concedes the point:

The “dominant parent” role is one that’s hard to let go. It’s just not for the reasons you’d think. So, I’ll try. I’ll rat out my husband (I’ll let him know that was your idea). I’ll pinch myself if I’m subtly nudging him out of the way. I’ll tell those whispering voices to go take a hike — and then I’ll go take one, and I won’t leave any list of how to cope while I’m gone.

Dell'Antonia might want those "whispering voices" in her head to take a hike, but I'd much prefer to tell her and Feiler's bogus views on gender to get lost.