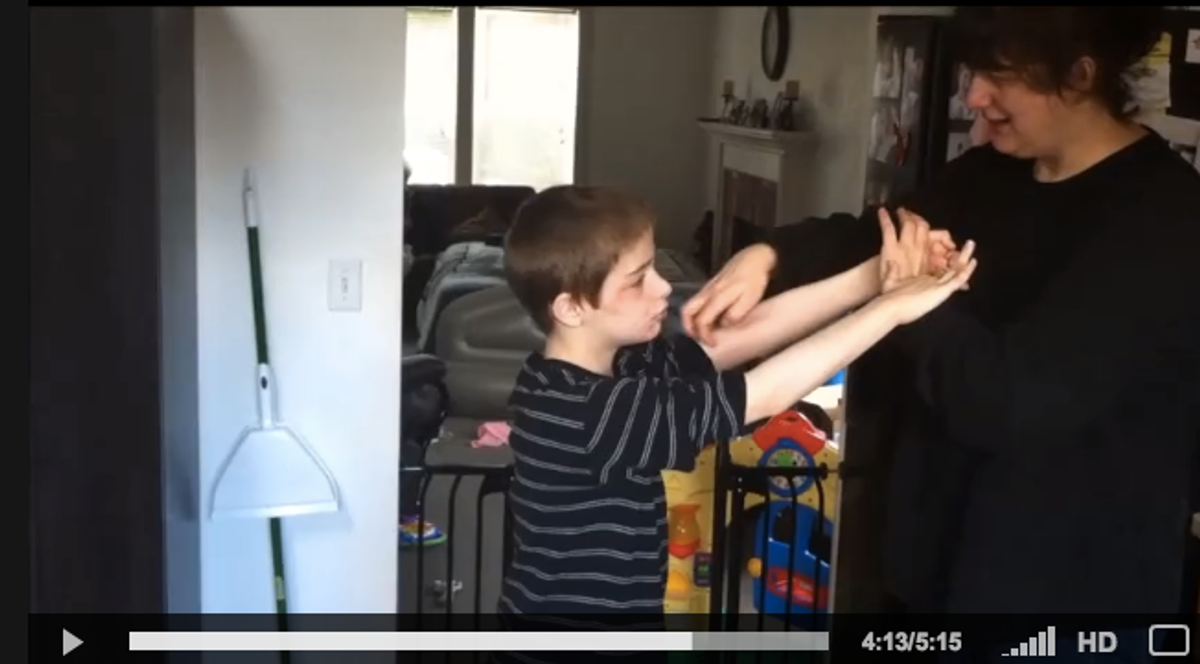 For years, Oregon parents Jeremy and Karen Echols had tried intensive behavioral and sensory therapy to keep Alex, their severely autistic, nonverbal 11-year-old son, from self-injuring by hitting his head into walls and slapping his face, often until it bled.

Exhausted and concerned for their son's safety, the Echols finally moved Alex to a state-funded group home at the age of 8, where he continued to exhibit debilitating seizures and self-directed abuse.

But in 2009, Karen began reading about the use of medical marijuana to treat children with autism-related rages and self-injury. After discussing it with Jeremy, both parents brought Alex to a doctor, who approved him for the unconventional treatment.

The results were astounding, the Echols say.

"Eventually we had some truly amazing results," Jeremy wrote in a blog post. "He explored his world with his hands, something he was very rarely able to do. His hands were the enemy up to this point... But on those few truly magical days when we got the dosing just right, he played. He used his hands to explore. He looked at us and smiled."

But Alex's group home won't administer his recommended dosage of the medical-grade tincture, so his parents have to take him out of the home three times a week to give it to him themselves.

The Echols have been sharing their experience of caring for Alex, and the improvements in Alex's symptoms, since they began treating him with the drug. And while the public nature of the their decision has come with a considerable amount of scrutiny, the Echols insist that the criticism is preferable to the alternative. "For us, the long-term side effects that are unknown for something that can't kill him are a lot better than the long-term side effects of him beating himself bloody," Jeremy told Portland's KPTV.

Of a video the Echols shared to document Alex's mood changes after taking the tincture, Jeremy writes, "You can see how Alex arrives pretty neutral, and the more time that passes after the dose, the happier he gets. We never fully get him to ditch the wrap (blanket) keeping his arms at bay, but he makes great progress."