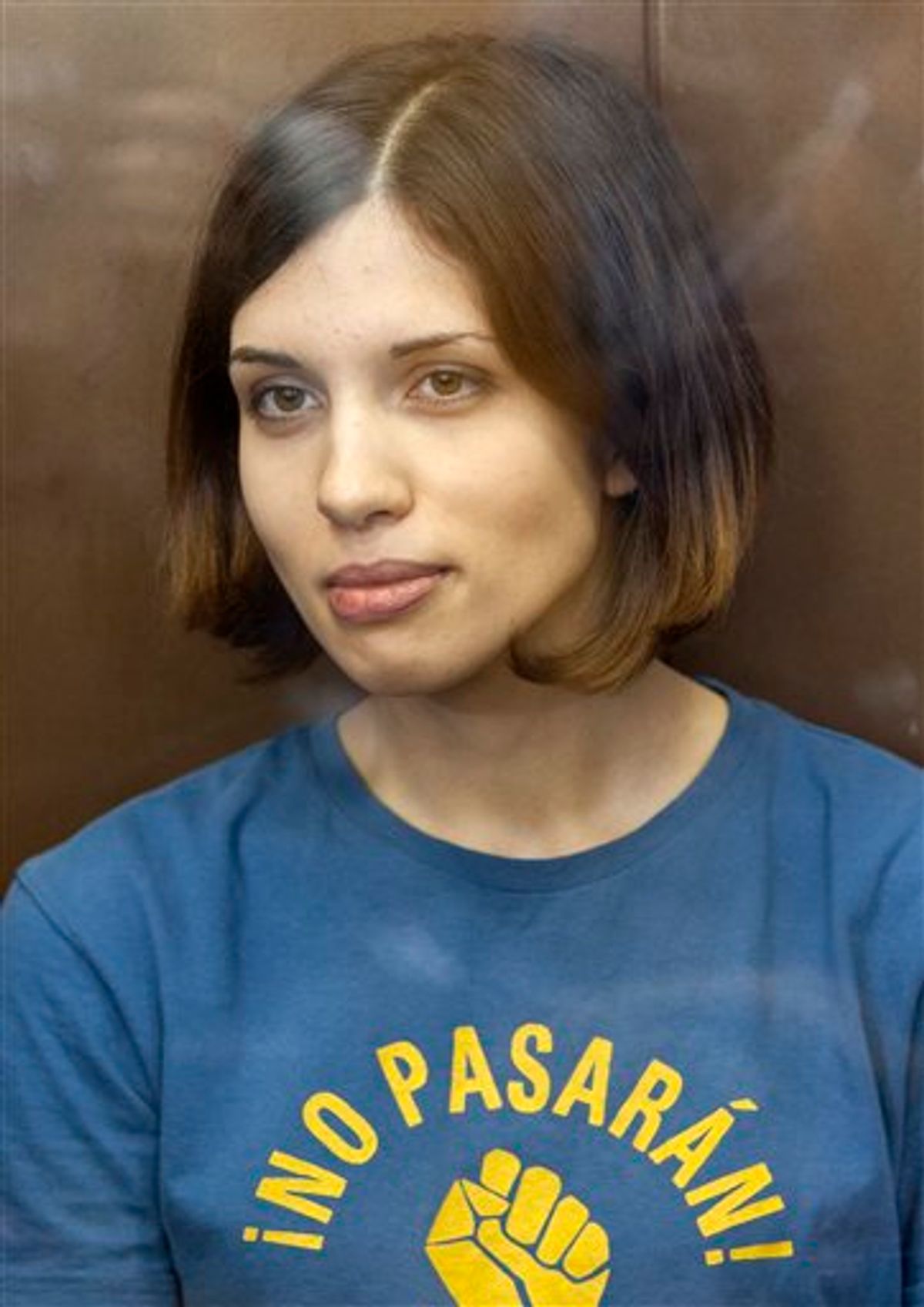 MOSCOW (AP) — A jailed member of the Pussy Riot feminist punk band has been hospitalized for a full medical check-up after complaining of headaches and suffering from overwork at a prison colony known for its tough conditions, her lawyer and a fellow band member said Friday.

Nadezhda Tolokonnikova has suffered from headaches since last spring and her condition has worsened since October when she was sent to a prison colony to serve her two-year sentence for the band's irreverent protest against President Vladimir Putin in Moscow's main cathedral, her lawyer Irina Khrunova said.

She sent a request to prison authorities in December to admit Tolokonnikova in order to perform a detailed medical check, and she was hospitalized on Jan. 24, the lawyer said.

Yekaterina Samutsevich, a band member who also was sentenced to two years in August but later released on appeal, added that Tolokonnikova feels exhausted after working long hours with little sleep.

"They don't allow her to have any rest; she works nearly round the clock," Samutsevich told independent Rain TV on Friday. "She said she feels tired, extremely tired."

Tolokonnikova, who works at a sewing machine like most female prisoners in Russia's prison colonies, told the paper that she has had her fingers punctured by the needle but has picked up speed and experience and can now meet her quota of making lining for 320 jackets a day. Like other prisoners, she bathes once a week and uses cold water to wash the rest of the week.

Pyotr Verzilov, Tolokonnikova's husband told The Associated Press on Friday that "obviously, the conditions aren't that great, but her lawyer's dealing with it."

Federal Prison Service spokeswoman Kristina Belousova confirmed Tolokonnikova is in a hospital at her prison colony in Mordovia in western Russia, but declined to give other details.

Tolokonnikova, Samutsevich and the third band member, Maria Alekhina, were found guilty of hooliganism motivated by religious hatred in August after they raucously prayed to the Virgin Mary for the deliverance from Putin at Christ the Savior Cathedral. Samutsevich was freed in October, but the two others were sent to prison colonies. The verdict has drawn global outrage, highlighting Russia's intolerance of dissent.

Alekhina, who is serving her sentence at another prison colony in the Ural Mountains Perm region, had her appeal rejected by a local court last month.