There is no problem "30 Rock's" memorable boss can't solve 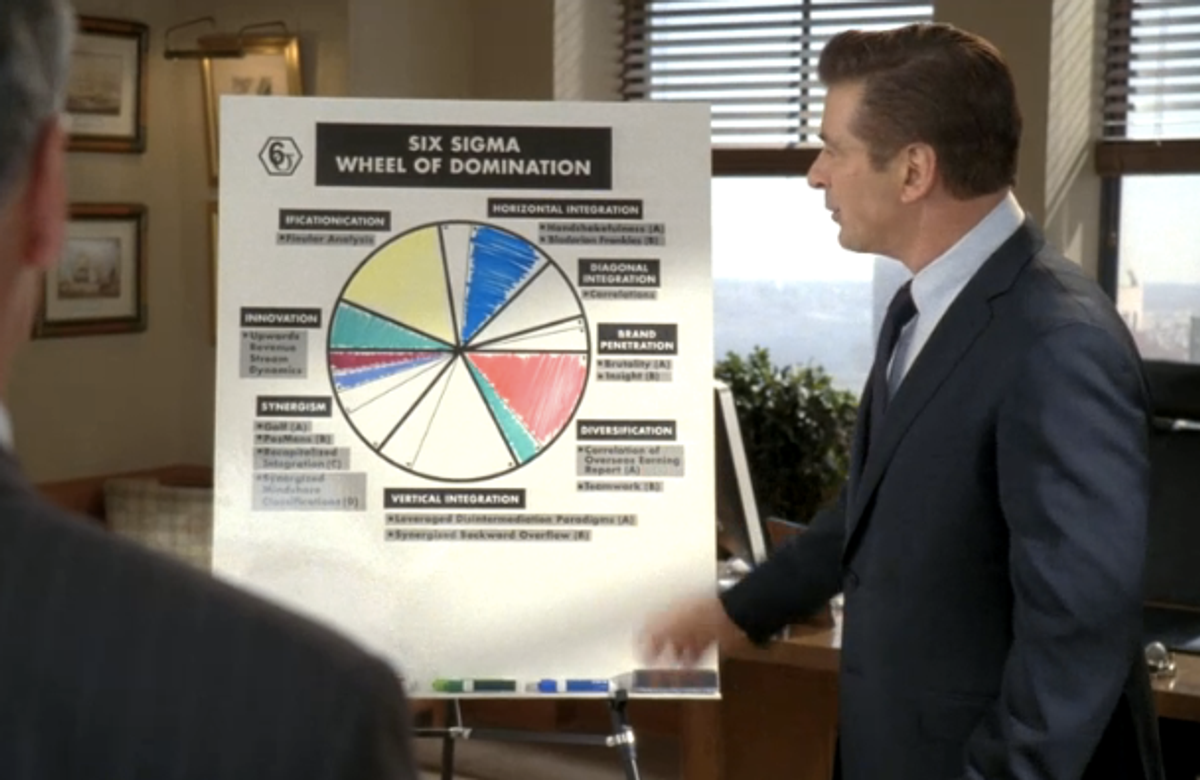 There is no problem that "30 Rock" boss Jack Donaghy cannot  totally dominate. During last night's series finale, he presented his team with the Six Sigma Wheel of Domination. “It’s a motivational tool I used back at GE," he said. "And it will be replacing Kabletown’s kitten in spaghetti." Brand Penetration: Brutality (A), Insight (B)

He later realized he could dominate happiness, too: