A UK publisher has issued an ultra-feminine cover for the dark, beloved classic 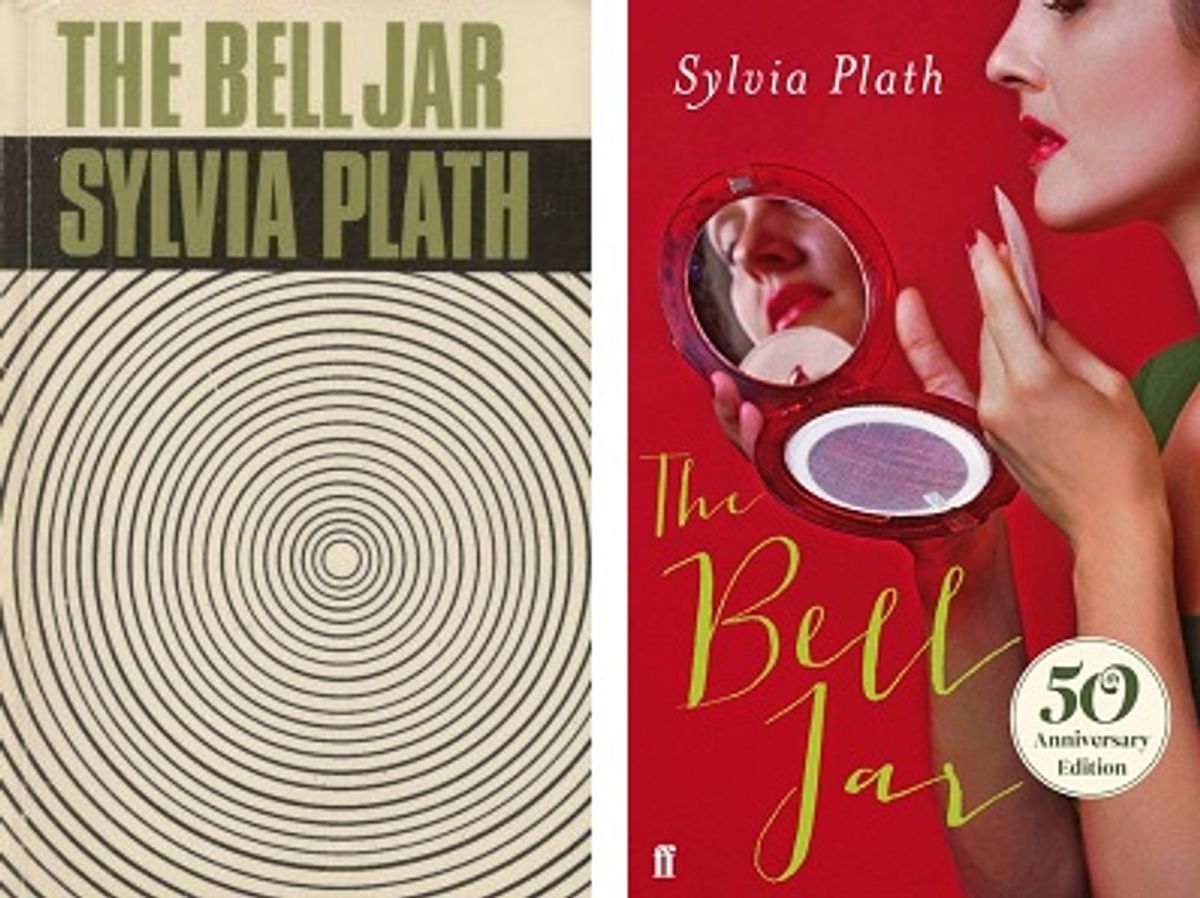 To commemorate the 50th Anniversary of Sylvia Plath's "The Bell Jar," a dark, semi-autobiographical novel about a young woman's struggle with mental illness, UK publisher Faber decided to issue a new cover. This sounds appropriate -- exciting, in fact -- except that the cover is an ultra-feminine stock photo of a woman applying makeup (pictured above, right).

The London Review of Books weighs in on the controversy:

It should be possible to see 'The Bell Jar' as a deadpan younger cousin of Walker Percy’s 'The Moviegoer,' or even William Burroughs’s 'Naked Lunch.' But that’s not the way Faber are marketing it. The anniversary edition fits into the depressing trend for treating fiction by women as a genre, which no man could be expected to read and which women will only know is meant for them if they can see a woman on the cover. (Things are slightly better for lady authors in the US.)

The cover, which seemingly rebrands the classic piece of literature into chick lit, has inspired some creative responses:

Head over to GalleyCat for more.