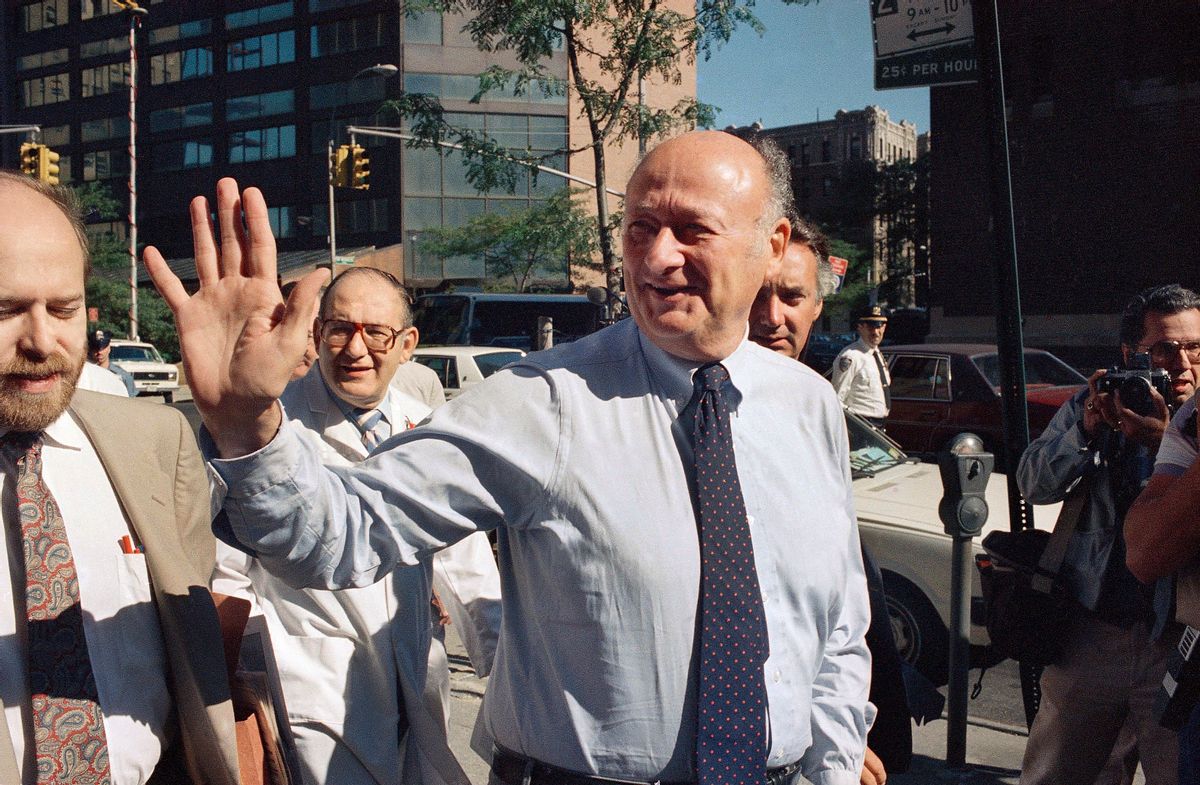 Early Friday morning, former New York City Mayor Ed Koch died of congestive heart failure at age 88. Koch served as mayor for 12 years, but even after his tenure, remained in the spotlight as a radio host, commercial star, movie reviewer, and general political gadfly. “I’m the sort of person who will never get ulcers,” he said in 1978. “Why? Because I say exactly what I think. I’m the sort of person who might give other people ulcers.”

Koch plans to be buried in Manhattan, and told the Associated Press in 2008 that his headstone will be engraved with the Star of David, a Hebrew prayer, and the last words of  journalist Daniel Pearl, who was killed by terrorists in 2002: “My father is Jewish. My mother is Jewish. I am Jewish.”

“The passing of Mayor Ed Koch will leave a hole in the hearts of New Yorkers, he was a true gentleman with a jovial sense of humor who served New York well," said Mike Long, the chairman of the State Conservative Party.

Senate Republican Leader Dean Skelos said: “With the passing of Ed Koch, New York has lost one of its true larger-than-life political leaders. He had a passion for public service, and an outsized personality to match.”

Twitter pundits offered up favorite quotes or moments with the former Mayor:

There were also those who do not remember him so fondly:

In its obituary for Koch, the New York Times wrote that he "parlayed shrewd political instincts and plenty of chutzpah into three tumultuous terms as mayor of New York with all the tenacity, zest and combativeness that personified his city of golden dreams." The Times also posted this "Last Word" video obituary with Koch, in which he asks, "Do you miss me?"

Koch's death comes on the same day as the release of "Koch," a documentary about his life, by Neil Barsky. Here's the trailer: