N,Q and R subway service in the area is currently shut down 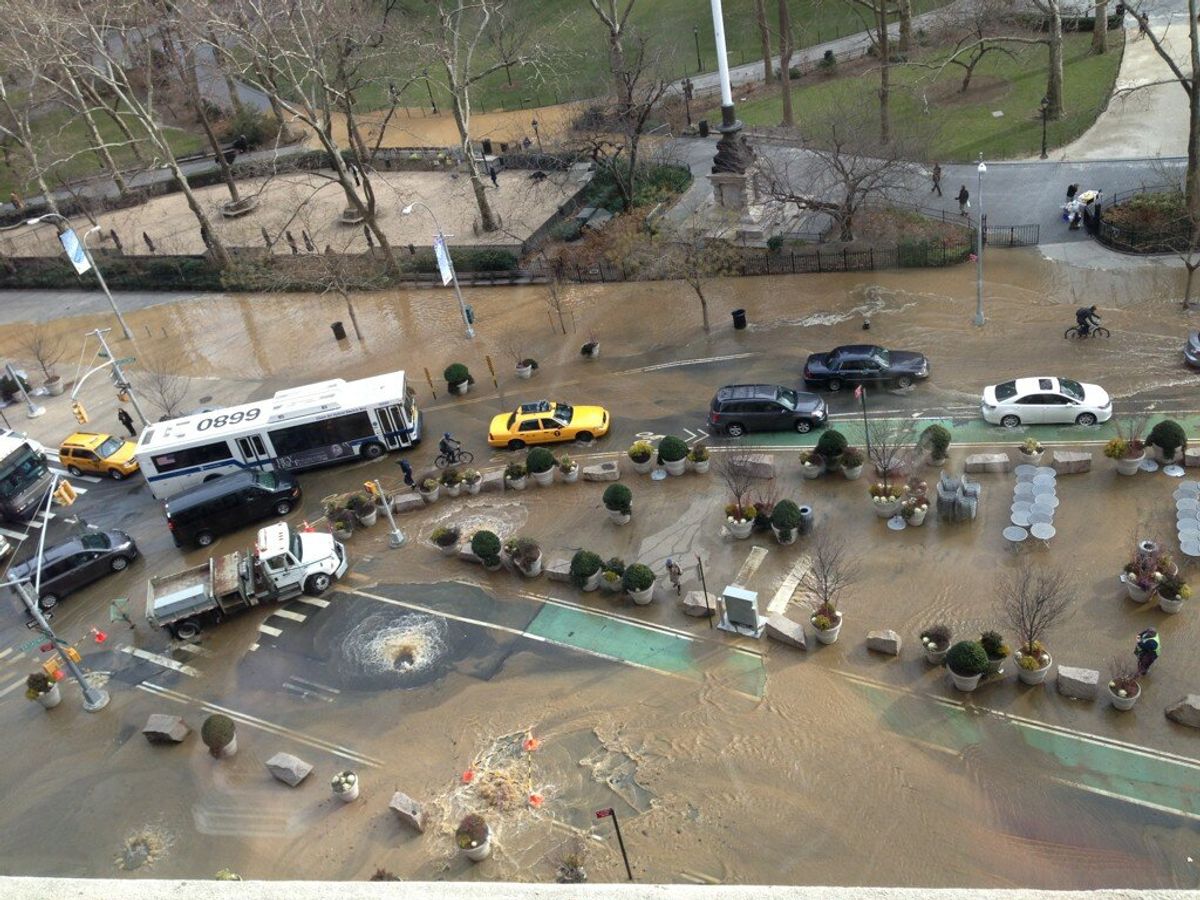 A 36-inch water main has ruptured at 23rd and Broadway in Manhattan's Flatiron District. The main, nearly hundred years old, broke around 10:45 a.m. Crews have turned the water source off and are still working on repairs, leaving parts of Lower Manhattan with little to no water pressure:

CBS reports that the following subway lines are disrupted until further notice:

The MTA has released a video of the break at the 23rd Street subway station: