Don Juan in a wheelchair

I may have cerebral palsy, but I also have a dirty mind. And one of these days, I'm going to have sex 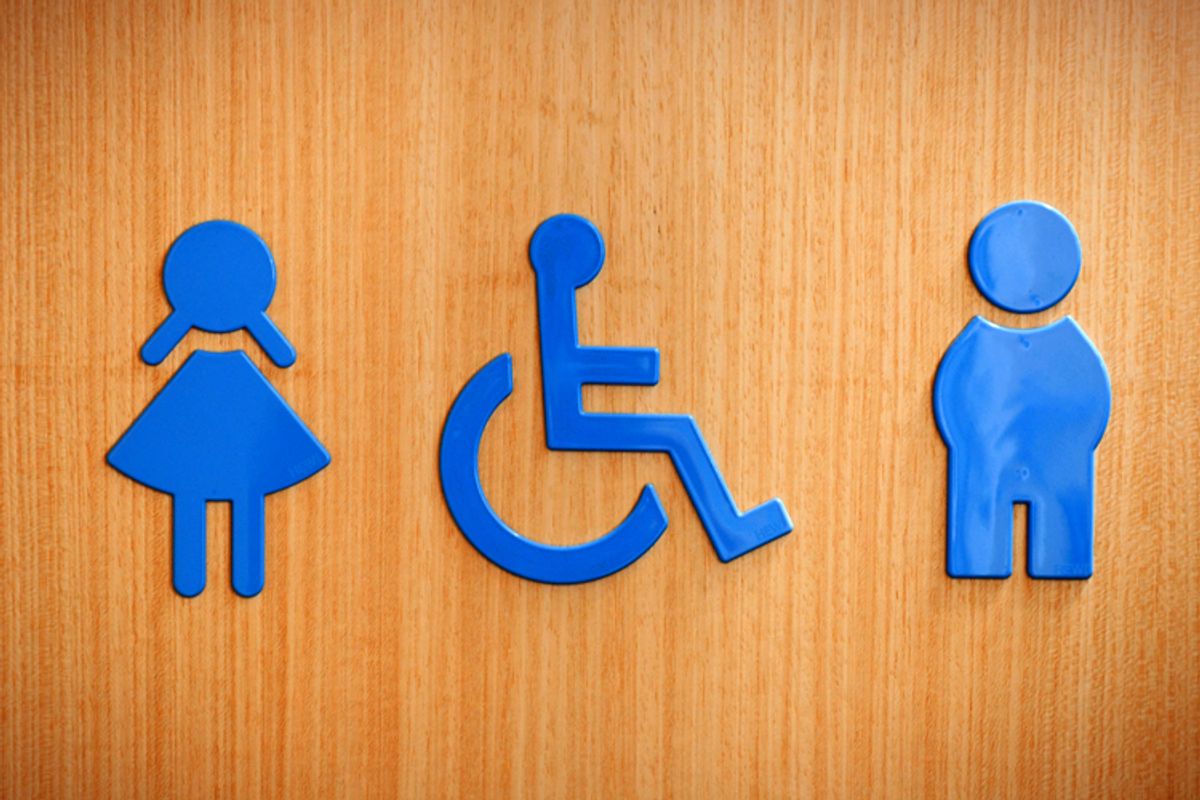 We were on our way from Albuquerque to Santa Fe when we saw the sign: “Las Vegas 100 miles.” Sex wasn’t what we came for, but attractive strippers and legalized prostitution wouldn’t be a bad way to top off a vacation for an average 22-year-old American male who just happens to be disabled. My friend and I were in New Mexico for the Opera Festival (the equivalent of Woodstock for an opera fan like me). But with my parents thousands of miles away for the first time in my life, who’s to say I couldn’t add a little carnal fun to the mounds of spiritual bliss I was about to experience?

“Shall we go?” I asked Greg. I’d known him since he became my aide during my sophomore year of high school. Being wheelchair-bound due to cerebral palsy, I needed someone to take notes for me, feed me and, yes, even take me to the bathroom. Seven years later, he was the ideal traveling companion.

“Yes, we definitely should,” he said. Years of practice had accustomed him to my barely understandable speech, as well as the perversity of my thoughts.

Alas, it was not to be. Just when it seemed that my endeavors to have sex this one time would finally pay off, God delivered a crushing blow.

“Um, there’s one thing that will definitely stand between us and Vegas,” Greg said.

“The state of Arizona and the nine-hour drive to get across it,” he said. Apparently, there is a Las Vegas, New Mexico, about an hour away from Santa Fe.

I took a deep breath and mentally shook my fist at God. Foiled again!

Four unconsummated months later, I was reminded of the trip when I saw the film “The Sessions” in a small, artsy movie theater near Lincoln Center. I chuckled throughout the movie as I munched on a piece of the theater's good carrot cake, which my mother had introduced me to the first time she took me to that theater. Thank God she was not there now. Watching “The Sessions” was like seeing my life on screen.

John Hawkes, the actor who plays Mark O’Brien, a writer with polio, even looks like me. His predicament — and his quest — were eerily familiar. I envied him his disabled friends. Although they spent way too much time discussing their sexual habits, they intrigued me. Wouldn’t it be cool if I had disabled friends who had normal sex lives? It was like looking into the face of some mythic beast; you know it will kill you if you look at it, but yet you can't turn away.

When Mark finally gets into bed with Helen Hunt, the buxom sex therapist, his first question is, “What’s the difference between you and a prostitute?” This, after he awkwardly introduced himself with the line, “Your money’s on the table,” at which point I wanted to reach into the movie and smack him. My soul was screaming: You are about to do what the entire physically disabled population of the country — to say nothing of the world — wants to do! The success or failure of our sex lives is riding (pun intended) on yours. Don’t quibble: Just do it and make us all proud.

A few seconds later, he remarked that he was afraid of his parents unexpectedly entering the room and ruining his attempts at sex, as they always did.

I know what he means. It’s downright impossible to have any semblance of a private life if you depend on others — especially your parents. I know they mean well, I know they are a necessary evil but still I can’t help feeling babied. I can never shake the awkward feeling that if I were to pick up a date, chauffeured by my parents, the young lady in question would feel like the fourth wheel. Instead of “Hey sweetie, it’s your boyfriend Greg come to pick you up,” the message would be, “Darling, it’s your friendly neighborhood country-bear jamboree come to pick you up in our jalopy for our latest three-ring circus.”

I haven’t discussed the logistics of dating with them, maybe because I’m afraid. I still fantasize that somehow I won’t have to deal with these issues. The girl of my dreams will sweep me off my feet simply out of pure love, while the able-bodied members of her family, and mine, watch enviously as the handicapped Cinder-fella leaves the house forever. What could be more romantic and impossible than two lovers riding into the sunset in a Honda Odyssey that is accessible for wheelchairs?

That’s in the realm of fairytales. Let’s be honest, romantic purity is fine, but in the real world sexual logistics trump the lofty ideals of courtly love. The movie’s biggest triumph for me was hearing the priest tell Mark that God would not disown him if he saw a sex therapist. Like Mark, I come from a religious background. When I first became interested in girls, as a 13-year-old recovering from scoliosis surgery, an innocent channel-surf from the Travel Channel to the Food Network accidently led to my introduction to VH1 and a glimpse at a half-naked woman dancing. Somehow, I managed to reconcile my hormones with sin because I was a firm believer in tradition. All I wanted was to marry a soprano, move to Vienna, live in a flat with the four kids — three daughters named after European royalty and one son to be named after a composer — the whole picture capped off by our dog, Pooch-ini.

That is still my dream. What’s changed is that I’ve become more realistic. I’m very grateful to my family for instilling me with a sense of being able to accomplish anything, but I understand this particular challenge — having a sex life — requires first that people out there know I want one, and second that the procedural questions that may be hard for them to ask are easy for me to answer. When the priest gave Mark his blessing, he did us both a great service. My feelings are normal, despite the fact that they are harder for people like me to deal with. If Mark or myself or anyone in our position needs to take extreme measures in order to lead a healthy, normal life — whether it’s a trip to Nevada or a solution that’s closer to home — I like to think God would be okay with it.

Leaving the theater, people whispered that “The Sessions” was a great movie. They have no idea how realistic it is. I am so happy it’s out there. With any hope, things will start to change. Until then, I’ll keep scheming. There is always another opera festival and another excuse to get away from home. I don’t know where the next trip will take me, but wherever it is, I just want to say, “Lock up your wives and daughters, Don Juan is coming to town!”

Gregory Moomjy is in the M.S. program at the Columbia University graduate school of journalism, and blogs about opera at www.mvdaily.com.