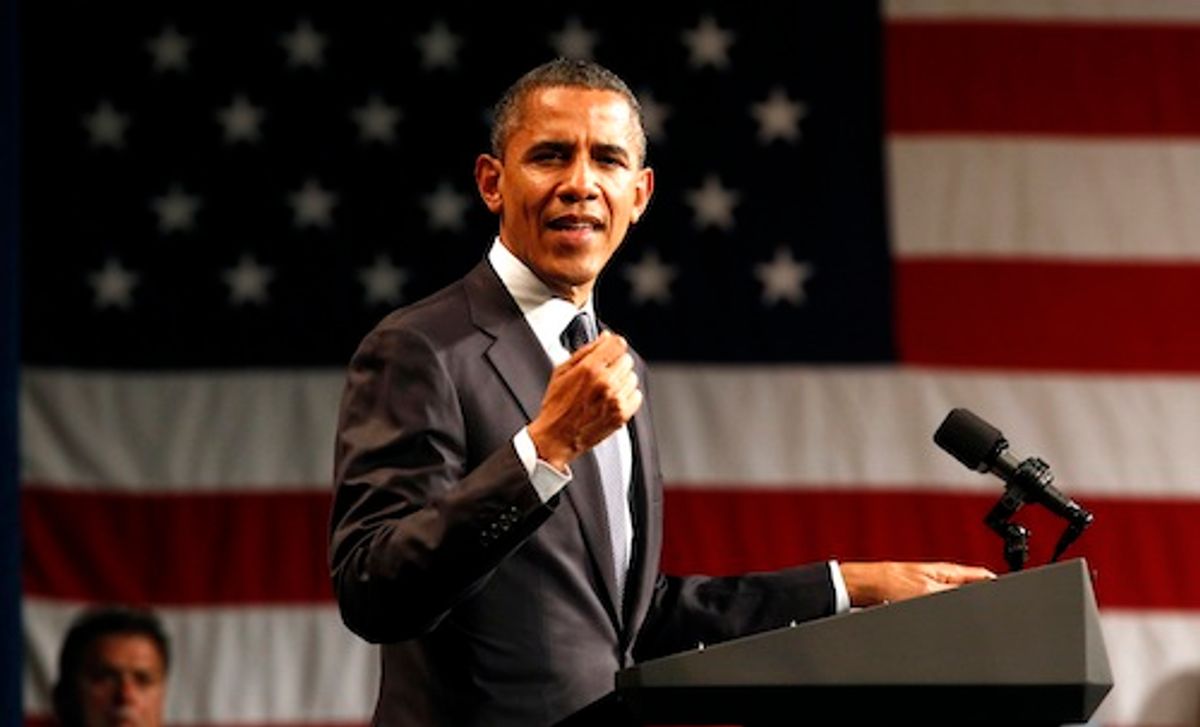 When President Obama told supporters that he would morph his campaign into a new nonprofit that would accept unlimited corporate donations, the announcement set off a familiar round of griping from campaign finance reformers.

The creation this month of Organizing for Action, which will promote the president’s second-term agenda, appears to be the fourth reversal by Obama on major money-in-politics issues since 2008.

“No big bank or corporation will donate million-dollar checks to OFA without the expectation that it will impact which issues they engage on, and that’s very troubling,” said Adam Green of the Progressive Change Campaign Committee.

The Washington Post noted that in reorganizing his campaign as a tax-exempt social welfare group, the president is embracing a structure that has been criticized for allowing anonymous money into politics.

Conservatives who’ve been attacked by the Obama camp for their reliance on such “dark money” groups called out the president’s “brazen hypocrisy.” Neither the White House nor Organizing for America responded to requests for comment.

Here’s a brief history of Obama’s other shifts on money-in-politics issues going back to 2008:

In November 2007, then-Sen. Barack Obama pledged to take part in the presidential public financing system for the general election, calling himself “a longtime advocate for public financing of campaigns.” Under the system, created in the wake of Watergate, a candidate receives taxpayer money ($84 million in 2008) and cannot accept most private donations or spend beyond the amount of the government grant.

Less than a year later, in June 2008, Obama reversed himself and announced he was opting out of the system. He maintained he still supported the system in principle but said it should be reformed.

Obama became the first candidate to decline general election public financing since the creation of the system and went on to raise a then-record $745 million for the cycle. He outspent John McCain, who did accept public money, by four-to-one. Obama’s 2008 decision generally takes at least some of the blame from campaign finance observers for killing the system.

Neither Obama nor Mitt Romney accepted public financing in the 2012 race. The Obama campaign raised $782 million for the cycle.

When the U.S. Supreme Court issued its 2010 Citizens United decision, opening the way for the creation of super PACs financed with unlimited corporate or individual money, Obama became the ruling’s biggest critic.

“Last week the Supreme Court reversed a century of law that I believe will open the floodgates for special interests — including foreign corporations — to spend without limit in our elections,” Obama said in his State of the Union address a few days after the decision. “I don't think American elections should be bankrolled by America's most powerful interests, or worse, by foreign entities.”

That criticism turned into a pledge not to use the new funding vehicles. In July 2011, Obama campaign spokesman Ben LaBolt told the Washington Post: “Neither the president nor his campaign staff or aides will fundraise for super PACs. Our campaign will continue to lead the way when it comes to transparency and reform.”

Seven months later, the campaign reversed itself and embraced a super PAC founded by former White House aides called Priorities USA Action. “[O]ur campaign has to face the reality of the law as it currently stands,” wrote campaign manager Jim Messina in a blog post.

With the blessing of the campaign, top Obama aides, such as then-Chief of Staff Jack Lew and confidantes like Rahm Emanuel, were dispatched to solicit super PAC donations from Democratic millionaires and billionaires. Priorities USA ultimately spent more than $60 million to help re-elect the president.

After Obama’s victory in 2008, his inaugural committee abided by what it called “an unprecedented set of limitations on fundraising as part of President-elect Obama’s pledge to put the country on a new path.” That meant taking no corporate money and no individual contributions in excess of $50,000 to pay for the myriad parties and balls that end up costing tens of millions of dollars.

The second time around, Obama reversed the policy. The inaugural committee organizing this month’s inaugural festivities accepted corporate money and imposed no limits on giving. A spokesperson cited the need to “meet the fund-raising requirements for this civic event after the most expensive presidential campaign in history.”

Just a few months ago, the Obama campaign sent me a memo on the president’s campaign finance record, highlighting his repeated denunciations of special interest money in politics.

“That’s one of the reasons I ran for President: because I believe so strongly that the voices of ordinary Americans were being drowned out by the clamor of a privileged few in Washington,” he said in May 2010, decrying the way Citizens United “gives corporations and other special interests the power to spend unlimited amounts of money — literally millions of dollars — to affect elections throughout our country.”

In 2012, the Obama campaign specifically called out social welfare, or 501(c)(4), groups that spent hundreds of millions of dollars of anonymous money on political ads.

That’s why campaign finance reformers are so angry: Organizing for Action is a 501(c)(4) that will advocate for the president’s second-term agenda.

The group has said that despite its status, it will voluntarily disclose donors. But it’s not clear whether that will involve full, prompt disclosure of who is giving and how much, or simply providing a list of names at some point.

A spokeswoman for the new group told NBC this week the disclosure issue is “still being worked out.”

Unnamed Democratic officials have told media outlets that the group will take corporate money (though not donations from registered lobbyists). Indeed, at a meeting this month at the Newseum in Washington, Obama campaign aides pitched top Democratic donors, reported Politico, which obtained a ticket to the event.

The meeting was sponsored by a trade association founded by Fortune 100 companies, including UnitedHealthcare, Microsoft, Wal-Mart, and Duke Energy.

Social welfare groups are formed to promote the common good and may be involved in politics. Under IRS rules, they are not supposed to be primarily engaged in campaigns.

It’s unclear whether Organizing for Action will get involved in electoral politics as other such nonprofits have in recent years. The group’s spokeswoman told NBC it will run “issue” ads to support Obama’s agenda — but that’s a category of political advocacy that has been open to wide interpretation.