Details emerge about man at center of Alabama hostage standoff

As the standoff enters its sixth day, officials paint a picture of an isolated man estranged from his family 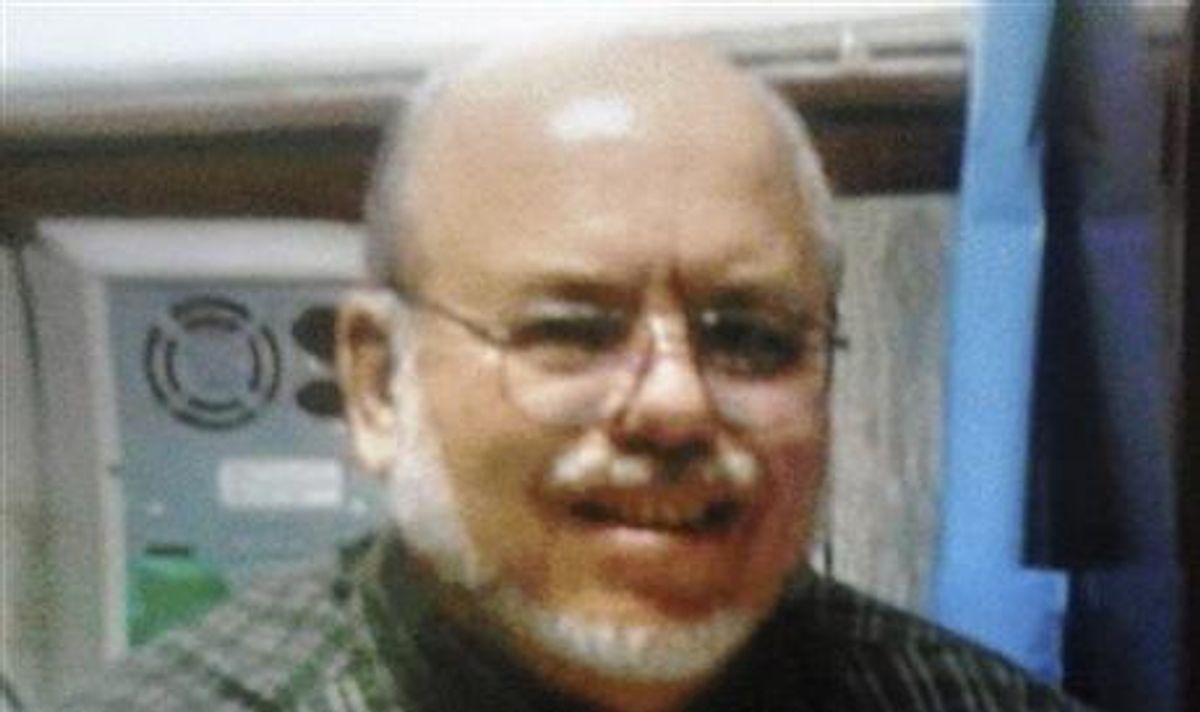 MIDLAND CITY, Ala. (AP) — As an Alabama standoff and hostage drama marked a sixth day Sunday, more details emerged about the suspect at the center, with neighbors and officials painting a picture of an isolated man estranged from his family.

Authorities say Jim Lee Dykes, 65 — a decorated veteran of the Vietnam War known as Jimmy to neighbors — gunned down a school bus driver and abducted a 5-year-old boy from the bus, taking him to an underground bunker on his rural property. The driver, 66-year-old Charles Albert Poland Jr., was to be buried Sunday.

Dykes, described as a loner who railed against the government, lives up a dirt road outside this tiny hamlet north of Dothan in the southeast corner of the state. His home is just off the main road north to the state capital of Montgomery, about 80 miles away.

The FBI said in a statement Sunday that authorities continue to have an open line of communication with Dykes and that they planned to deliver to the bunker additional comfort items such as food, toys and medicine. Officials also said Dykes was making the child as comfortable as possible.

Dykes grew up in the Dothan area. Mel Adams, a Midland City Council member who owns the lot where reporters are gathered, said he has known Dykes since they were ages 3 and 4.

He said Dykes has a sister and a brother, but that he is estranged from his family.

Adams said he didn't know what caused the falling-out, but that he knew Dykes "had told part of his family to go to hell."

Midland City Mayor Virgil Skipper said Dykes' sister is in a nursing home. Adams said that law enforcement officers have talked to Dykes' family members and advised them not to speak with reporters, and that officers told his sister there was nothing she could do to help the child in the bunker.

Government records and interviews with neighbors indicate that Dykes joined the Navy in Midland City, serving on active duty from 1964 to 1969. His record shows several awards, including the Vietnam Service Medal and the Good Conduct Medal. During his service, Dykes was trained in aviation maintenance.

Adams said that he, too, is a Vietnam veteran but that he never was close with Dykes. Adams said he recalls last seeing Dykes in the 1980s, when he drove a truck for a company that laundered uniforms.

At some point after his time in the Navy, Dykes lived in Florida, where he worked as a surveyor and a long-haul truck driver. It's unclear how long he stayed there.

He had some scrapes with the law in Florida, including a 1995 arrest for improper exhibition of a weapon. The misdemeanor was dismissed. He also was arrested for marijuana possession in 2000.

He returned to Alabama about two years ago, moving onto the rural tract about 100 yards from his nearest neighbors, Michael Creel and his father, Greg.

Neighbors described Dykes as a man who once beat a dog to death with a lead pipe, threatened to shoot children for setting foot on his property, and patrolled his yard at night with a flashlight and a firearm. Michael Creel said Dykes had an adult daughter, but the two lost touch years ago.

His property has a white trailer that, according to Creel, Dykes said he bought from FEMA after it was used to house evacuees from Hurricane Katrina. The property also has a steel shipping container — like those on container ships — in which Dykes stores tools and supplies.

Next to the container is the underground bunker where authorities say Dykes is holed up with the 5-year-old. Neighbors say the bunker has a pipe so Dykes could hear people coming near his driveway. Authorities have been using the ventilation pipe to communicate with him.

The younger Creel, who said he helped Dykes with supplies to build the bunker and has been in it twice, said Dykes wanted protection from hurricanes.

"He said he lived in Florida and had hurricanes hit. He wanted someplace he could go down in and be safe," Creel said. Authorities say the bunker is about 6 feet by 8 feet, and the only entrance is a trap door at the top.

Such bunkers are not uncommon in rural Alabama because of the threat of tornadoes.

Greg Creel was a friend of Dykes', but he said he would not comment for The Associated Press. "I will only talk to the police and the FBI," he said.

Michael Creel said Dykes kept to himself and listened to a lot of conservative talk radio.

"He was very into what's going on with the nation and the politics and all the laws being made. The things he didn't agree with, he would ventilate," he said.

James Arrington, police chief of the neighboring town of Pinckard, put it differently.

"He's against the government, starting with Obama on down," he said.

Morris Dees of Southern Poverty Law Center in Montgomery, a group that tracks hate crimes, said Dykes was not on the group's radar.

Although the fatal shootings in December at a school in Newtown, Conn., are still on everyone's mind, Dees said he doesn't think Dykes was trying to be a copycat.

"Probably not. He had a whole bus load full of kids, and he could have walked up there and shot the whole crowd of them," he said.

"I think he's just a really angry and bitter guy with some anger management issues," Dees said. "He is just against everything - the government and his neighbors."