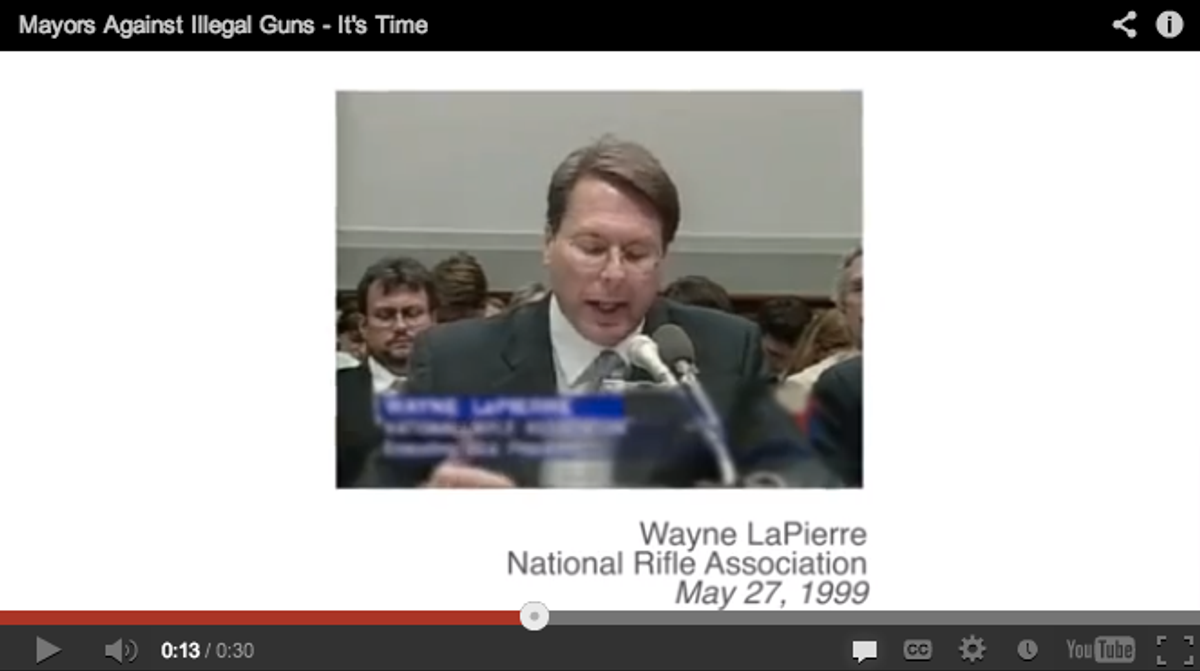 The ad, calling for mandatory background checks on all gun sales, uses footage of NRA CEO Wayne LaPierre to make its case.

"We think it's reasonable to provide mandatory instant criminal background checks for every sale at every gun show," LaPierre can be seen saying in May of 1999, only a month after the mass shooting at Columbine High School. "No loopholes anywhere for anyone."

LaPierre has since reversed course on background checks, calling them "an unworkable universal federal nightmare bureaucracy" while testifying before the Senate Judiciary Committee last week.

The ad will air during the third-quarter break of the Super Bowl, but is available online for those outside of the D.C. metro area.