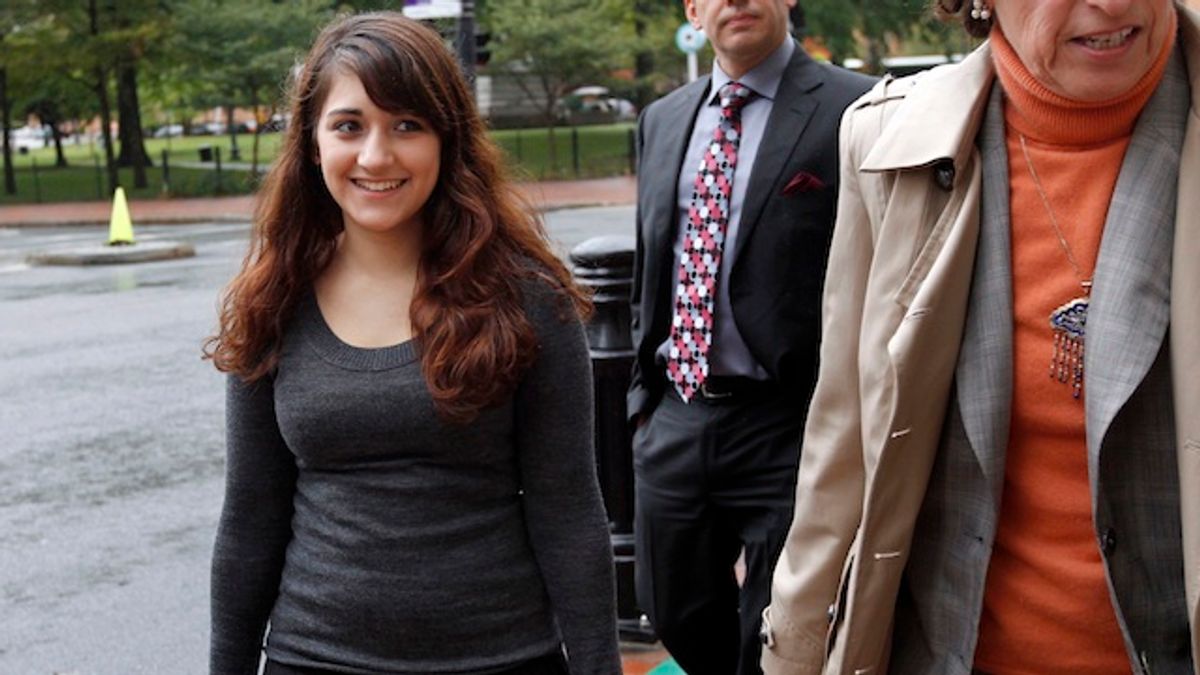 Last year, Rhode Island teen Jessica Ahlquist successfully sued Cranston High School West over a prayer mural dedicated to "Our Heavenly Father." Removing the mural from the hallways of Ahlquist's public high school was a big win for the separation of church and state, but outraged some in her community.

Now the Freedom From Religion Foundation is suing Marina Plowman, the owner of Twins Florist in Cranston, arguing that by refusing to deliver the roses that the Foundation ordered for Ahlquist, she denied them access to public accommodations and violated state laws.

It's an important suit for many reasons, but especially so if you consider that more congratulatory flowers may be in order for Ahlquist. Hemant Mehta, who blogs at Friendly Atheist, was so impressed by the Rhode Island teen's story that he started a scholarship fund for her, which soon swelled to $40,000.

That's a lot of tulips.