Abbottabad, the site of bin Laden's slaying, is planning to build a $30 million amusement park 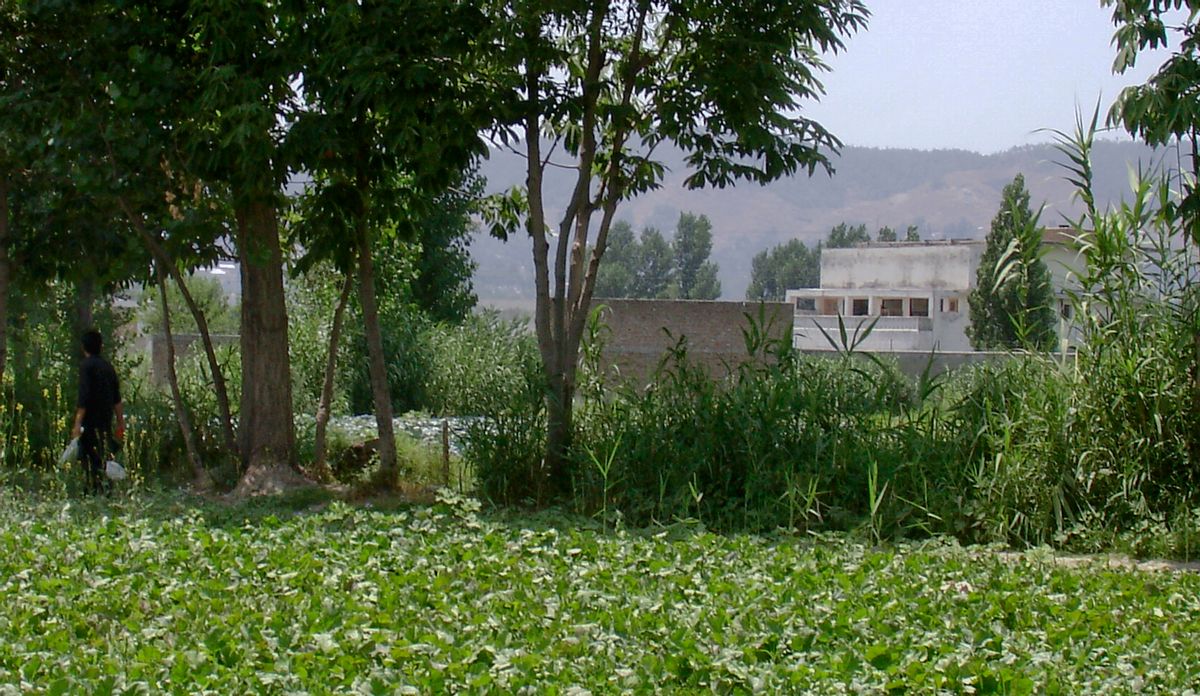 A local residents walks near a house, seen at centre, on Wednesday, June 15, 2011, where al-Qaida leader Osama bin Laden was caught and killed in Abbottabad, Pakistan on May 2, 2011. (AP/Aqeel Ahmed)
--

Pakistan is planning to build an amusement park in the town of Abbottabad, notorious for being the site of Osama bin Laden's death.

The amusement park and outdoor activity center is planned for the edge of the northwestern town and will begin construction in the next two weeks.

"This project has nothing to do with Osama bin Laden," said Syed Aqil Shah, the provincial minister for tourism and sports, adding that the 50-acre development would also include restaurants, a heritage center and manmade waterfalls.

"The amusement city will be built on 50 acres in the first phase but later will be extended to 500 acres," he told Agence France-Presse.

"We are working to promote tourism and amusement facilities in the whole province and this project is one of those facilities."

"The project will take five years to complete," Jamaluddin Khan, the deputy provincial minister for tourism, told Reuters, that it would include a zoo, a mini-golf course, rock climbing and paragliding.

Javed Abbasi, a provincial member of parliament who supported the park, said, "It was unfortunate that Osama stayed here but I don't think it was the fault of the city, where he had no support," according to the Guardian. "People are not fanatic, they do not support terrorists – you cannot blame a city if someone hides here."

Bin Laden was killed in his compound by US Navy SEALs in a raid on May 2, 2011. The large white villa has since been demolished, Reuters noted.