The singer, fresh off a Super Bowl triumph, to head from Serbia to Brooklyn 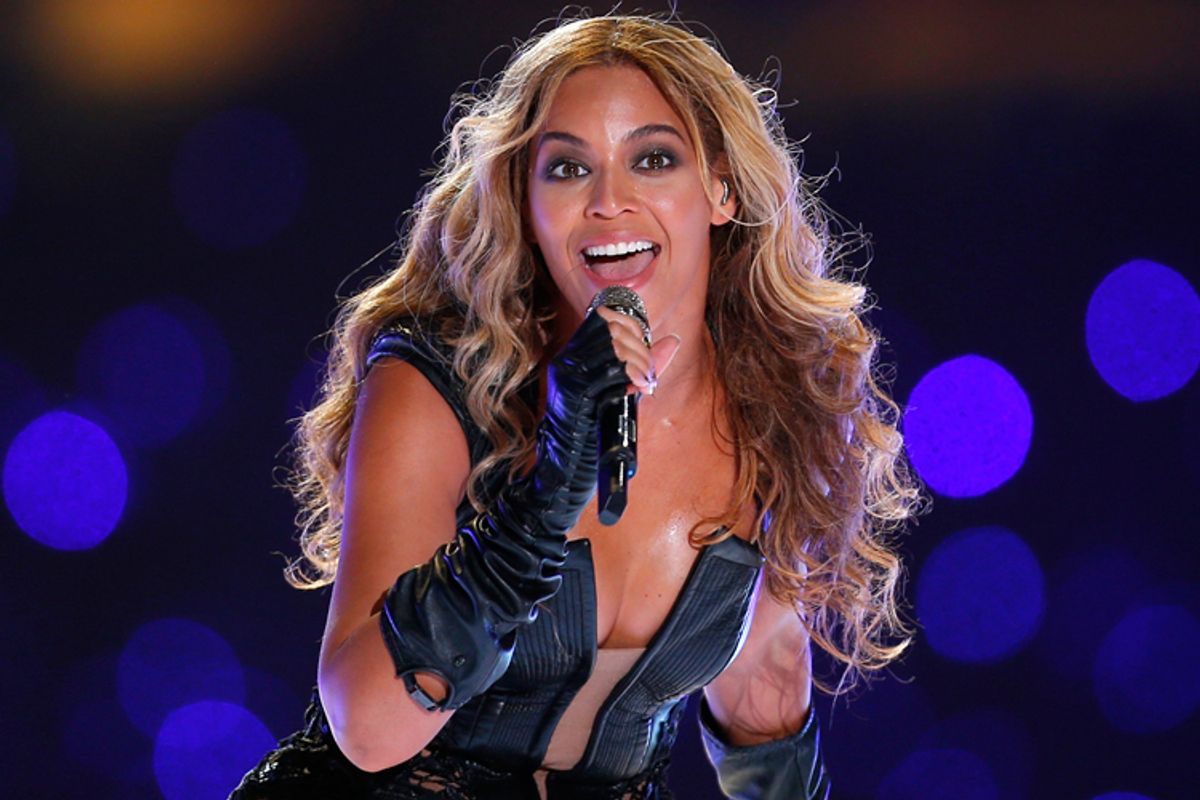 Beyoncé is bringing her spirited dancing and her taste for dramatic excess to an arena near you. The pop singer, who ran through her catalog last night at the Super Bowl, has announced her "Mrs. Carter" tour, taking its name from the star's marriage to Jay-Z, né Shawn Carter.

She'll be visiting his stomping grounds as well, with the tour concluding at Brooklyn's Barclays Center, home to the Brooklyn Nets. (Jay-Z's an investor in the team.) The tour is to entirely bypass Madison Square Garden in New York, signaling that the Garden's primacy for top-flight acts may be fading. The tour, whose U.S. leg begins in June, is also going to stop in Los Angeles, Las Vegas, and Beyoncé's hometown of Houston. No word on whether her all-female backing band, including the guitarist whose instrument shoots fire, will be joining her, but it seems likely.