Final Sendak book a tribute to his brother 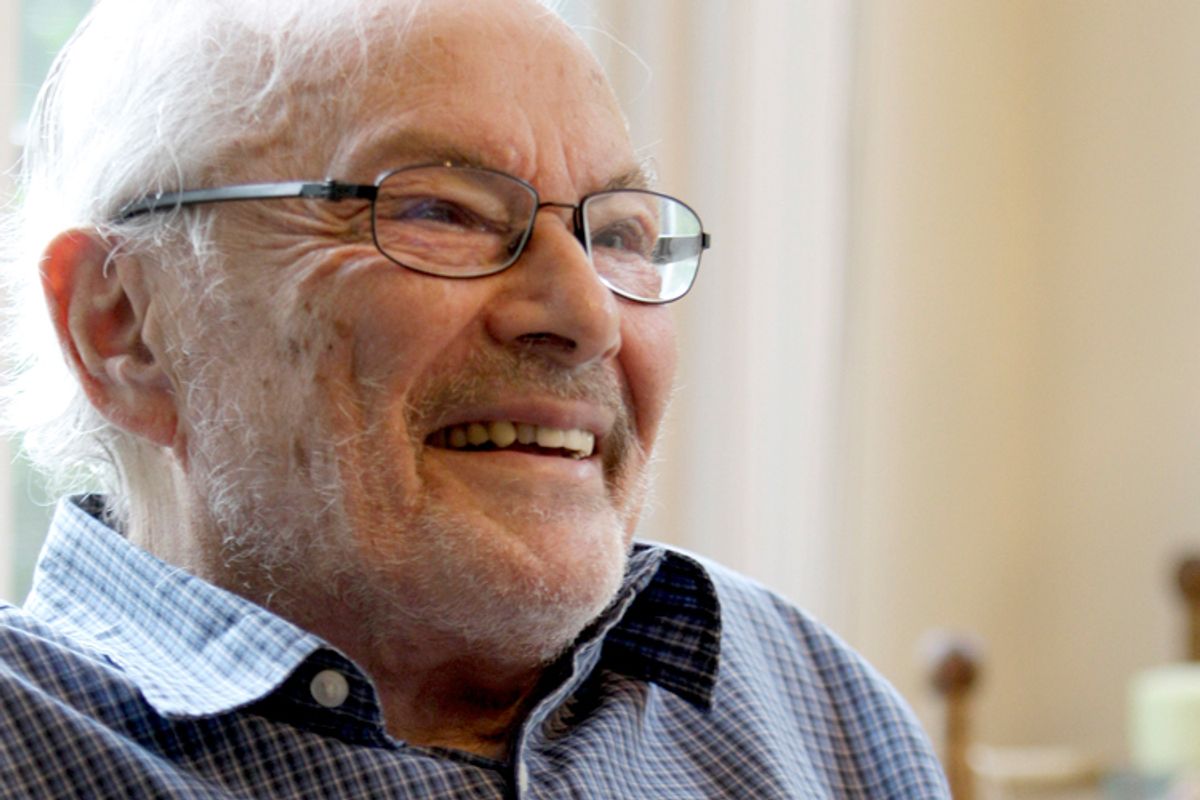 NEW YORK (AP) -- The last completed book we are likely to get from Maurice Sendak remembers a man he often insisted was the real genius of the family, his brother Jack.

Sendak died last May at age 83 after years of health problems, but had managed to finish "My Brother's Book," published this week. Admirers of "Where the Wild Things Are" and other Sendak stories will recognize its themes of danger, flight and fantasy, captured in a dreamy-scary swirl that demonstrates Sendak's debt to William Blake.

Brothers Guy and Jack are blasted apart by a fiery star, Jack to "continents of ice" and Guy into the "lair of a bear" who attempts to choke Guy and devour him. Guy enrages the bear by asking him a riddle and is flung upon a "couch of flowers/in an ice-ribbed underworld." Inside a greenish curtain of blossoms, he spies the nose of Jack and bites it to make sure he has found him. "And Jack slept safe/Enfolded in his brother's arms/And Guy whispered `Good night/And you will dream of me.'"

Tony Kushner, a close friend, says that Sendak spoke often of his brother, who died in 1995, and longed to see him again - in whatever picture of the afterlife the skeptical author might have drawn in his mind. The brothers had worked on art projects since they were kids and Maurice illustrated two children's books by Jack, whom Maurice described as "much more talented" during a 2011 interview with The Associated Press.

"I don't think Maurice really believed that," Kushner, the award-winning playwright and Oscar-nominated screenplay writer for "Lincoln," said during a recent telephone interview. "Mastery is not just native talent. Mastery is also discipline and hard work and mastery of an art form. Maurice believed that to become a great artist you have to work very, very hard. Jack, for whatever reason, couldn't quite pull himself together to do that."

"My Brother's Book" is based on Shakespeare's "A Winter's Tale," a bittersweet story of loss and reunion so personal to Sendak that the author sobbed throughout a production Kushner took him to years ago, the playwright says. The book includes a foreword by Shakespeare scholar Stephen Greenblatt, who likens Sendak's work to Shakespeare's vision of "unpathed waters, undreamed shores."

According to Kushner, Sendak wrote the text in the late 1990s and kept it in a drawer along with other possible projects. As his health declined, Sendak began thinking more about his legacy. He was well aware of the story of Verdi, whose masterpiece "Falstaff" premiered when the composer was 80.

"And that became an intimidating factor for him (Sendak). He was putting a lot of pressure on himself to make a masterpiece at the end," Kushner says. "I'd say, `Maurice, you're making it too hard on yourself. If you keep telling yourself it has to be the greatest thing you've ever done you'll never do it.'"

Kushner says the book also is a memorial for Sendak's longtime partner, Eugene Glynn, who died in 2007, and a conscious farewell from the author himself. The playwright notes that the illustrations for "My Brother's Book" were a window into Sendak's health and frame of mind. He had developed cataracts and the work seemed to reflect, almost literally, the world as Sendak saw it.

"You see his vision worsening, the hand getting shakier," Kushner says of the illustrations in Sendak's book. "There were days he was really working; the bear drawings are exquisitely detailed. And other pictures are more impressionistic, water-colory.

"On days he felt too bad to work, he was absolutely miserable. Right after he had cataract surgery, he was lamenting he couldn't draw and he was getting depressed and angry about it. I remember one day I came into the house (in Ridgefield, Conn.) and he didn't hear me. I went into his work room and there he was at the drawing table, his nose up to the paper, hand over one eye. And he was drawing."