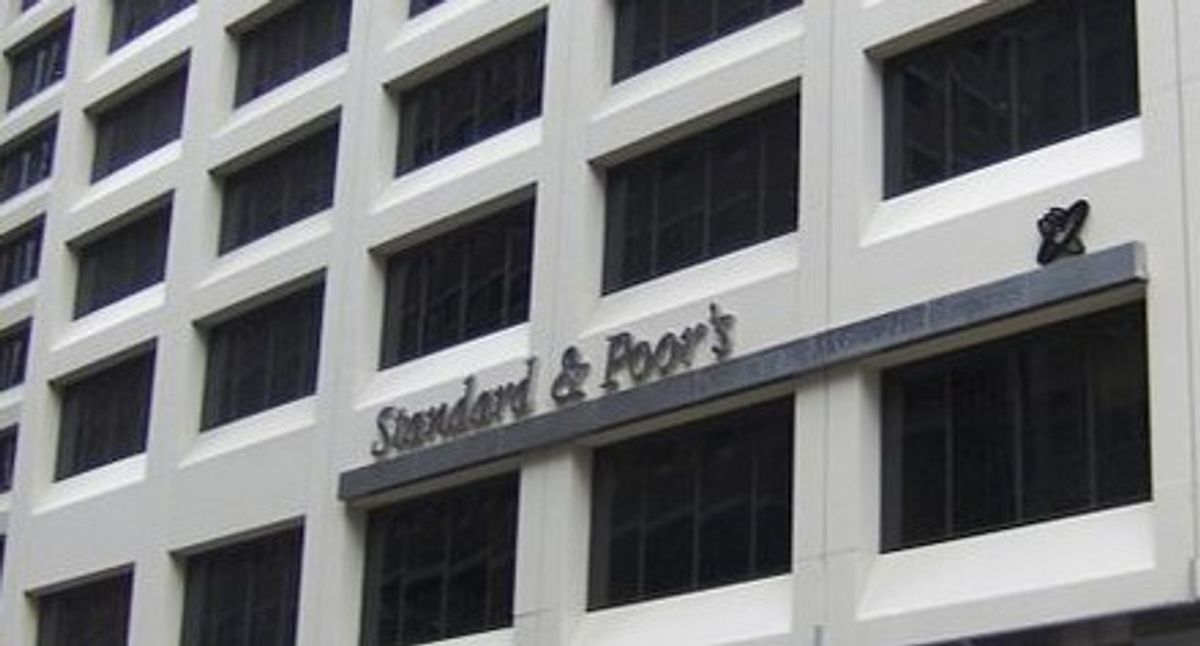 The Justice Department, along with a number of state prosecutors, plans to pursue charges against ratings agency Standard & Poor's (S&P) over what they say were the faulty ratings of mortgage bonds leading up to the 2008 financial crisis. The New York Times cited "people briefed on the plan" as sources for news of the civil suit. Via the Times:

As with many cases brought against financial institutions following the financial crisis, the government and states here are pursuing civil, not criminal, fraud charges, so no ratings agency employees could face jail time, even if the case is successful. The Wall Street Journal nonetheless said the case could be one of the "widest-ranging enforcement crisis-era crackdowns." Despite widespread criticism of ratings agencies' roles in fueling the housing bubble with Wall Street-appeasing ratings, no lawsuits have yet been brought by the government against any credit rating firms. As the WSJ noted, it's not currently clear why S&P, rather than Moody's or Fitch, is being targeted now.

S&P has been swift to respond to news of the suit and issued a statement saying such a suit "would be entirely without factual or legal merit."