Will robot technology put us all out of work?

Don't buy into the media hysteria. Profligate corporations pose a far greater threat than any automaton 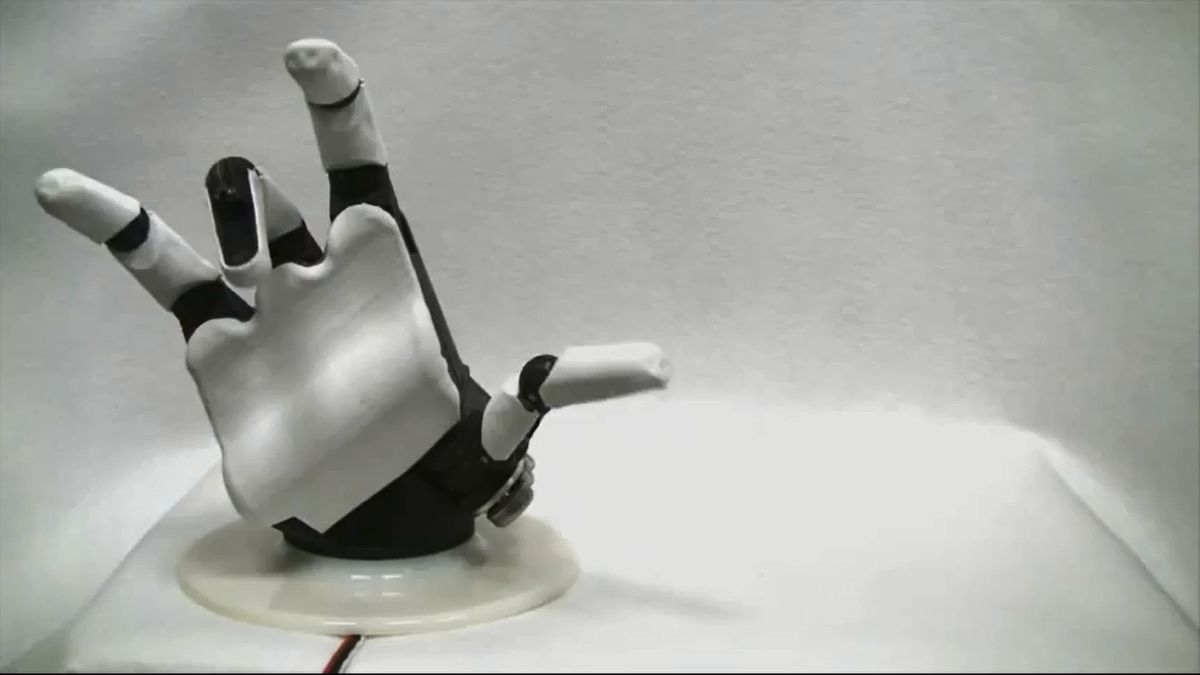 Machines have been relieving humans from drudgery and delighting us with their marvelous feats for thousands of years. Consider theAntikythera mechanism, a Hellenistic wonder of wood and bronze gears that charted the movements of the heavens, thought to be the first analog computer. The island of Rhodes was so famous for its automata, as ancient robots were known, that Pindar wrote an odein their honor:

Do we still hold robots in such high esteem? It depends on how the economy is doing.

When economic times are good, machines are celebrated as wonders of progress and prosperity that will improve our lives. But when times are tough, they become objects of fear. The unemployment crisis of the past four years was triggered by a Wall Street-driven financial crash, and exacerbated by policy makers who failed to do enough to stimulate the economy and to ensure that there’s enough demand for goods and services. But lately, a new argument for job insecurity has made a splash in the media: It’s the machines! Pundits predict the “end of labor,” and talk about armies of sleek robots taking over the workplace as a foregone conclusion. Dystopian fantasies worthy of a late-night sci-fi flick flood the airwaves.

The 2011 book Race Against The Machine, by MIT researchers Erik Brynjolfsson and Adam McAfee, fueled the idea that machines are finally getting so smart that they’re displacing human jobs at an alarming rate and leaving stunned workers helpless in the unemployment line. This time, they warn, it’s not just factory workers or agricultural hands who will find their job snatched by a robot. White-collar workers like accountants and lawyers are losing out to machines.

Scary articles in the business section warn that any rise in wages will drive companies to save money by shedding workers and buying robots. Visions of increased efficiency and machines that can run 24/7 with no need for bathroom breaks have workers frantically trying to prove their value. Bosses warn that worker protests will only speed up automation. Don’t like the harsh conditions at Foxconn? Fine, a robot will do your job. The message: Keeping wages down and workers toiling until they drop is the only way to stave off a robot revolution.

People are naturally terrified when the economy is not growing. Technical change becomes the great evil, and gives people something concrete to blame for their economic woes. It also provides a handy scare tactic for those want to squeeze wages and workers, and a cover for politicians who push austerity policies and object to government intervention in the economy. During his first term, President Obama sometimes echoed this line of thought in remarks about the rise of things like ATMs, suggesting that because automation causes unemployment, there’s not a lot the government can do. (Never mind the incredible proliferation of banks on every corner staffed with what appear to be humans.)

The notion that technology is driving current unemployment doesn’t make much sense when you look at it closely. In 2007, there were reasonable, if not great, labor markets in the U.S. The giant leap in unemployment numbers dates from a very specific event, not from a long-run process that has been displacing workers over time. In 2007, the unemployment rate was 4.6. By 2009, it was 9.6, and remains very high. What happened wasn’t a sudden rush of robots onto the scene, but a financial catastrophe that nearly tanked the global economy.

Back in the 1990s, all kinds of technological changes were happening, as new users of the Internet will recall. Manufacturing productivity and some parts of service productivity went way up. People weren’t paranoid about machines because the economy was humming along. Technology was making humans more productive, the pundits said.

But now those same people who cheered technology are warning that this time, it’s different. Now robots have higher cognitive functions, and can do more things that used to be the sole province of humans. Noah Smith, a finance professor at Stony Brook University, sounded the alarm in a piece in The Atlantic:

“Once human cognition is replaced, what else have we got? For the ultimate extreme example, imagine a robot that costs $5 to manufacture and can do everything you do, only better. You would be as obsolete as a horse.”

You Are Not a Horse, Of Course

Is that really true? Are you about to become as redundant as a Victorian buggy horse?

Economist William Lazonick, director of the University of Massachusetts Center for Industrial Competitiveness, thinks that economists have gotten a lot of the labor-technology issue wrong (See "Robots Don't Destroy Jobs; Rapacious Corporate Executives Do"). He reminds us that it was 19th-century economist David Ricardo, author of the theory of comparative advantage, who is largely responsible for the modern notion that technology depresses wages and displaces workers. Ricardo wrote a famous book in 1817, during the world’s first very first industrial revolution, in which he argued that machinery would not hurt workers. Then, in a third edition, Ricardo famously changed his mind. That recantation had enormous impact.

Nineteenth-century thinkers were influenced by Ricardo, and also by Friedrich Engels, whose dad owned a textile factory in Germany which had some outlets in England. Engels was deeply disturbed by what he saw in these factories, and at the age of 24 he wrote a treatise called “Condition of the Working Class in 1844.”

Engels saw textile workers treated badly and being replaced by machines as weaving was moving into factories. He was right about what he saw. A machine known as the “self-acting mule” which spun cotton was indeed taking over work done by humans. But Engels was also basing his theories on a moment in time that happened to be the worst economic downturn of the century. That would be like judging 20th-century factory conditions in the U.S. by visiting Chicago meat-packing plants in 1933. The problems faced by the workers Engels saw were not a permanent set of conditions, but partly the result of a cyclical downturn. Technology wasn’t really the issue. Many weavers were forced to move from their homes, where they had traditionally labored, into factories, where conditions were difficult and where women, who had traditionally worked as weavers, were excluded. In the long run, factory owners saw that they needed the skills of workers to run the new machines. Britain became the workshop of the world, workers did pretty well, and the country enjoyed a long economic boom.

But Karl Marx looked at Engels’ work and concluded that automation was decreasing the power of workers. Marx got many things right, but he may have gotten it very wrong on technology and labor.

It’s undeniable that mechanization can sometimes leave workers behind, like makers of Swiss watches, or, to use a more recent example, compositors who have been replaced by digital printing. But displacement doesn’t have to be inevitable or permanent. Countries can respond with national policies that help those valuable, highly trained workers acquire new training. They can use local, state, and federal taxes to help foot the bill. The kinds of policies used by companies makes a huge difference in how workers experience automation. Japan is the world leader in robots, but it’s also a place where permanent employment is much more common than in the U.S. In 1990, Japan had many times more robots than factories. But it turns out that in order to make those robots work, companies needed people for programming, maintenance and repair. Because they didn’t lay off employees, firms simply retrained them. Workers observed the robots and learned how to do new things to work alongside them.

In Lazonick’s view, economists have not thought enough about how workers can gain from technological change. When companies automate, he argues, you can expect more jobs, not fewer. Just look at a company like Apple, which automates rigorously and yet provides new possibilities for jobs. It produces software that does things humans used to do, for example, but it employs engineers, designers, and people who package, market, and sell new products.

Automation increases profits for companies, but for Lazonick the real question is, how are those profits distributed? Are they being distributed to shareholders for short-term profits? Or are they being invested back into the company to do vital things like retraining workers, which helps the long-term economic outlook? The problem is not automation, but greedy CEOs who pay themselves gigantic, disproportionate sums and follow the dangerous and misguided principle of "maximizing shareholder value” to distribute profits to themselves, often caring little whether the company even survives 10 years down the road. What’s it to them? They’ll have their pay packages and can move on. The perverse misuse corporate profits is the real culprit, not Rosie the Robot.

Why should we expect companies to spend their money retraining workers? Aren’t they around to make a buck? Certainly many of them are doing quite well in that department, making record-breaking profits. The truth is that companies are also supposed to have a social purpose. That’s why we, as taxpayers, invest in all kinds of things that allow them to do business, from constructing roads and airports to basic research. (And why we confer on them the extraordinary privilege of limited liability and other legal advantages.) Apple would not be able to make its wondrous gadgets if the government had not invested heavily in the development of the Internet and things like touchscreen technology. So Apple owes something back to those who have footed the bill for its success. That includes not only sharing profits with workers, but investing in retraining them when new advances in technology change the workplace. It's not just altruism, it's about fairness. And smart economics.

Workers aren’t vulnerable because of robots. Investment in automation is a good thing that can produce more, and better jobs. People are vulnerable because of misguided policies that depress economic growth, reward short-term profit-making, and leave workers with nothing left in their pockets to buy goods and services – not even robot vacuum cleaners, now endowed with human-like emotive responses so we won’t be mad when they break down -- which they very frequently do. And guess what? They need a human to fix them.