It's the first visit by an Iranian head of state since the 1979 revolution. Is this the start of a new alliance? 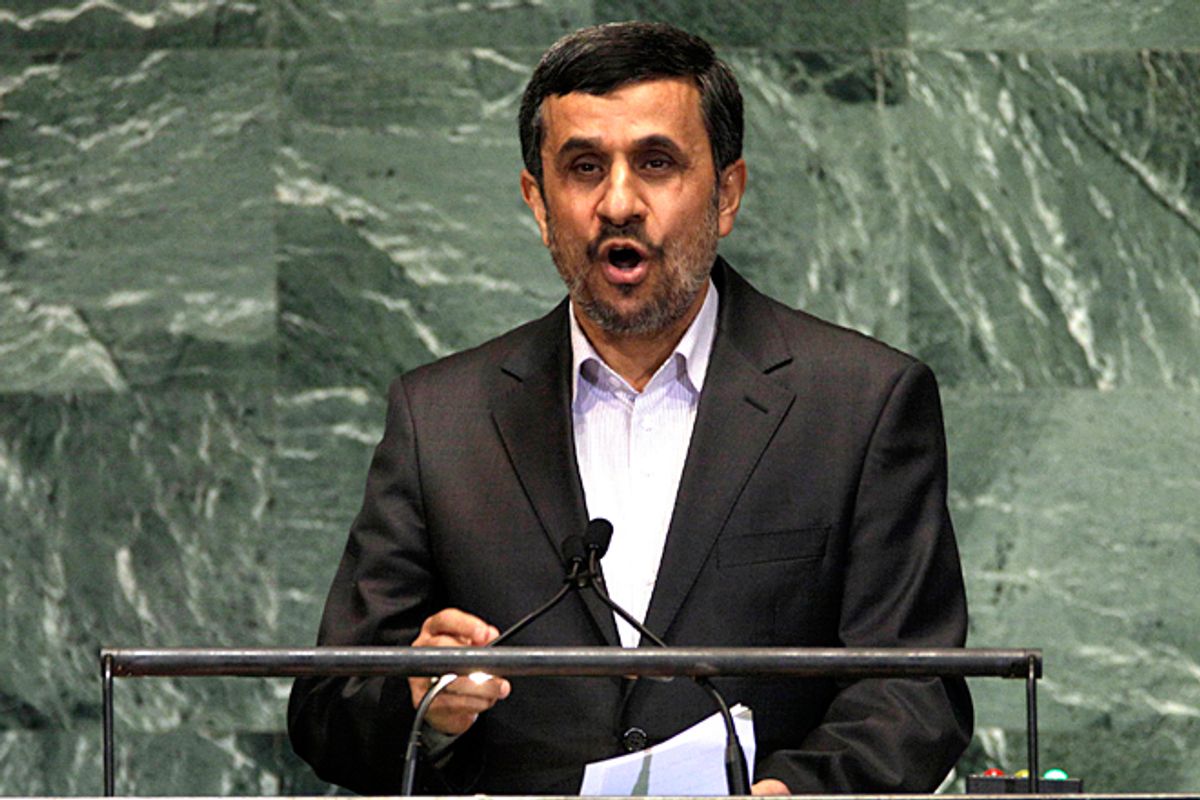 Iranian president Mahmoud Ahmadinejad visited Egypt on Tuesday, marking the first visit by an Iranian head of state since the 1979 revolution.

The New York Times reports that Ahmadinejad and Egyptian president Mohamed Mursi kissed as the Iranian despot arrived in Cairo.

Ahmadinejad was in town to attend a summit of the Organization of Islamic Co-Operation, set to begin Wednesday, writes the BBC, and will also meet Egyptian officials during his time in country.

According to the Iranian news agency, Ahmadinejad was set to meet with the Sheikh of Al-Azhar on Tuesday, where the two "will discuss the role of Al-Azhar in espousing Islamic causes and prospects for cooperation,” according to the Tehran Times.

Egypt and Iran's relationship has thawed since the election of Islamist Mursi, although their stances on Syria differ.

The two nations have been at odds since 1980, when former Egyptian president Hosni Mubarak conclude a peace treaty with Israel, a sworn enemy of Iran, says Reuters.