New Jersey Gov. Chris Christie doesn't mind being the subject of a joke 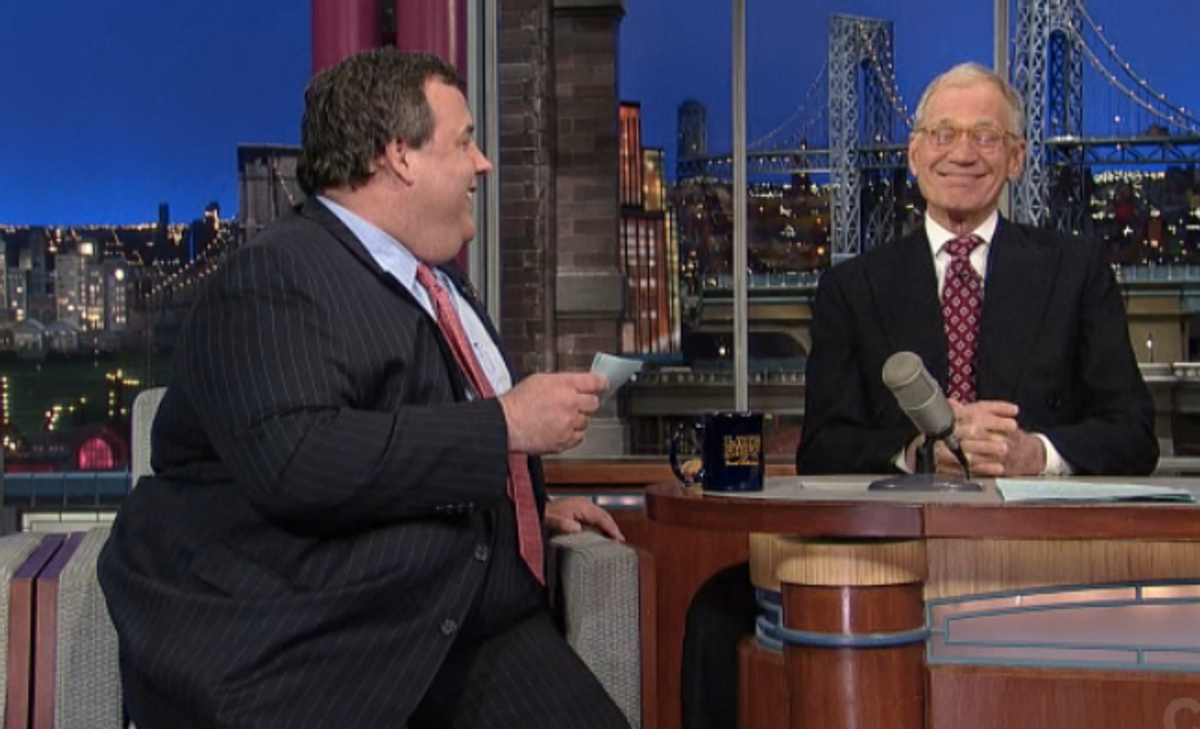 New Jersey Gov. Chris Christie has been the subject of many jokes on "The Late Show With David Letterman" over the years, several of them being about his weight. Christie stopped by the show last night to  eat more doughnuts and admitted that if “the joke is funny, I laugh, even if it’s about me." He added, “If it’s not funny, I don’t laugh. But I’ve never felt like it was, you know, anything that really bugged me all that much, no.” He did say, however, that only about “40 percent" of Letterman's jokes about him were funny, and then shared some of his personal favorites: