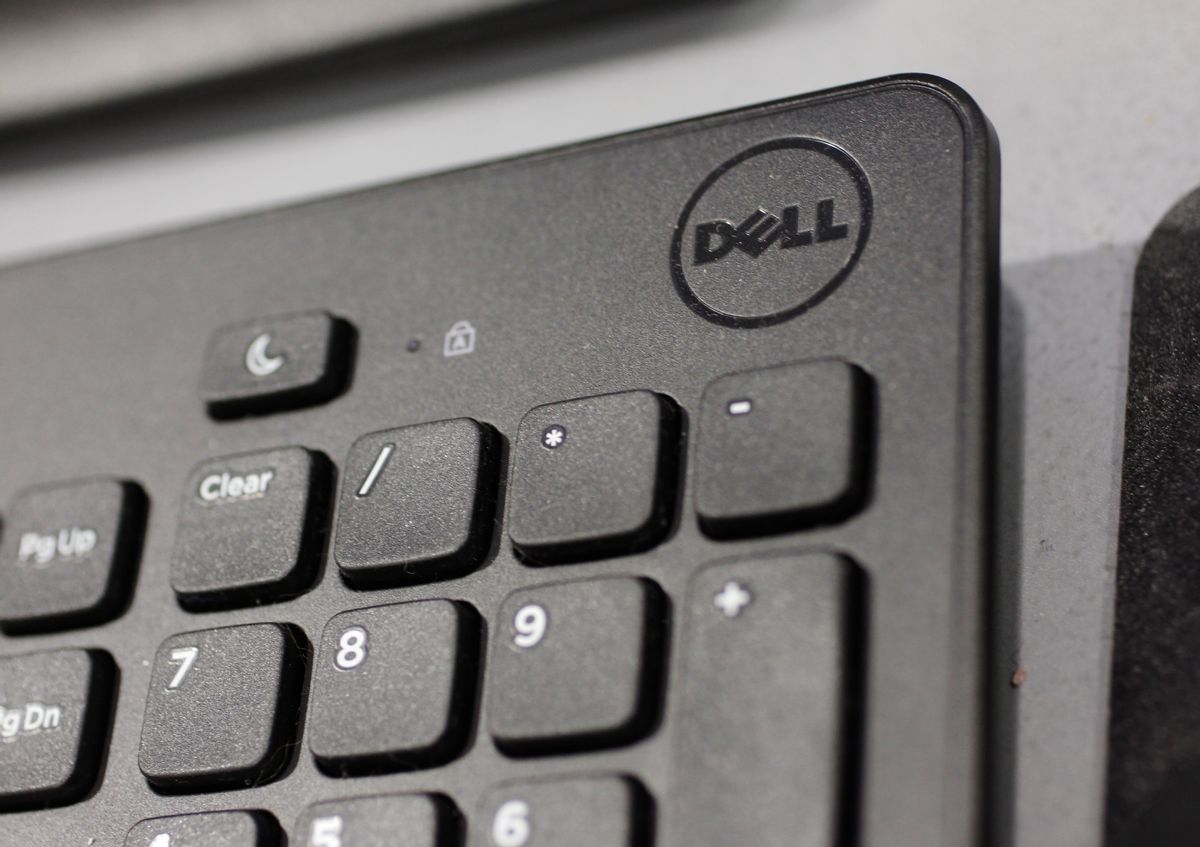 SAN FRANCISCO -- Slumping personal computer maker Dell is bowing out of the stock market in a $24.4 billion buyout that represents the largest deal of its kind since the Great Recession dried up the financing for such risky maneuvers.

The complex agreement announced Tuesday will allow Dell's management, including founder Michael Dell, to attempt a company turnaround away from the glare and financial pressures of Wall Street.

Dell stockholders will be paid $13.65 per share to leave the company on its own. That's 25 percent more than the $10.88 the stock was going for before word of the buyout talks trickled out last month, but a steep markdown from the shares' price of $26 less than five years ago.

Dell shares rose 12 cents to $13.39 per share in morning trading, indicating that investors don't believe a better offer is likely.

Once the sale to the group that includes Menlo Park investment firm Silver Lake is finalized, Dell's stock will stop trading on the Nasdaq nearly 25 years after the Round Rock, Texas, company raised $30 million in an initial public offering of stock. Microsoft is helping the deal along by lending $2 billion to the buyers.

The company will solicit competing offers for 45 days.

The IPO and Dell's rapid growth through the 1990s turned its founder into one of the world's richest people. His fortune is currently estimated at about $16 billion. Michael Dell, who owns nearly 16 percent stake in the company, will remain the CEO after the sale closes and will contribute his existing stake in Dell to the new company.

Dell's sale is the second highest-priced leveraged buyout of a technology company, trailing the $27 billion paid for First Data Corp. in 2007.

The deal is the largest leveraged buyout of any type since November 2007 when Alltel sold for $25 billion to TPG Capital and a Goldman Sachs subsidiary. Within a few months, the U.S. economy had collapsed into the worst recession since World War II.

Leveraged buyouts refer to deals that saddle the acquired company with the debt taken on to finance the purchase.

Dell's decision to go private is a reflection of the tough times facing the personal computer industry as more technology spending flows toward smartphones and tablet computers. PC sales fell 3.5 percent last year, according to the research group Gartner Inc., the first annual decline in more than a decade. What's more, tablet computers are expected to outsell laptops this year.

Like the others, Dell's revenue has been shriveling and its stock has been sinking amid worries that the company might not be able to regain its technological edge.

Both Dell and its larger rival HP are trying to revive their fortunes by expanding into business software and technology consulting, two niches that are more profitable than making PCs.

The PC downturn has hurt Microsoft by reducing sales of its Windows operating system. As the world's third largest PC maker, Dell is one of Microsoft's biggest customers.

By becoming a major Dell backer, Microsoft could gain more influence in the design of the devices running on a radically redesigned version of Windows that was released in late October. The closer ties with Dell, though, could poison Microsoft's relationship with HP, the largest PC maker, and other manufacturers that buy Windows and other software.

In a statement, Michael Dell said that while the company has made progress, turning it around will be easier under private ownership.

"We recognize that it will still take more time, investment and patience, and I believe our efforts will be better supported by partnering with Silver Lake in our shared vision," he said.

As a private company, Dell won't have to pander to the stock market's fixation on whether the company's earnings are growing from one quarter to the next.

Taking the company private is a major risk, however. It will leave Dell without publicly traded shares to entice and reward talented workers or to help buy other companies.

As part of its shift toward business software and technology services, Dell already has spent $9 billion on acquisitions in the past three years.

Leveraged buyouts also require companies to earmark some of their incoming cash to reduce the debt taken on as part of the process of going private. The obligations mean Dell will have less money to invest in innovation and expansion of its business.

The buyout will mark a new era in another technology company that began humbly and matured into a juggernaut.

With just $1,000, Michael Dell, then a freshman at the University of Texas at Austin, started his company as "PCs Limited" in his dorm room. He would go on to revolutionize the PC industry by taking orders for custom-made machines at a reasonable price -- first on the phone, then on the Internet.

Initially valued at $85 million in its 1988, Dell went on a growth tear that turned the company into a stock market star. At the height of the dot-com boom in 2000, Dell was the world's largest PC maker, with a market value of more than $100 billion.

But Dell began to falter as other PC makers were able to lower their costs. At the same time, HP and other rivals forged relationships with stores that gave them the advantage of being able to showcase their machines. By 2006, HP had supplanted Dell as the world's largest PC maker.

With its revenue slipping, Dell's market value had fallen to $19 billion before the mid-January leaks about the buyout negotiations.