Today, the average age of a Holocaust survivor is 79. A new archiving project helps them preserve their stories 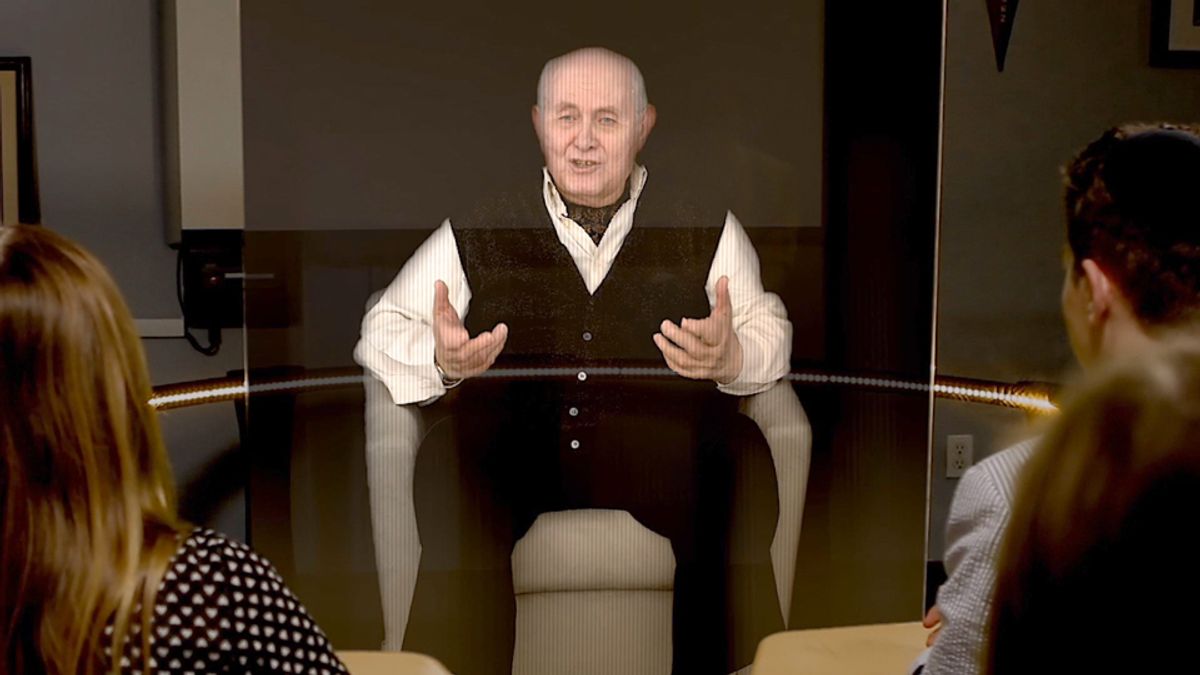 A research team at the University of Southern California is working to create holograms of elderly Holocaust survivors that could be used by museums as part of an interactive, oral history exhibit. Once developed, these holograms could be projected into the air so that museum visitors can approach them and ask them questions, according to the Associated Press.

Each hologram will be accompanied by a voice-recognition program, that will "hear" what museum-goers ask and provide answers.

Pinchas Gutter, who was incarcerated in a Warsaw ghetto for more than three years before being moved to the labor camps, including Buchenwald, was one of the first Holocaust survivors to participate in the digital archiving program. To create his hologram, Gutter answered nearly 500 questions from researchers over a five day period. To ensure high-fidelity playback, he was filmed with 3-D cameras from every possible angle on a light stage. The lights are hot, the work taxing, but many aging survivors are willing to withstand the discomfort to provide their testimony. Or as Gutter's digital likeness told the audience during a recent demonstration, “I tell my story for the purpose of improving humanity.”

The project, called New Dimensions in Testimony, is a new approach to oral history and digital storytelling, one researchers hope will allow future generations relate personally to the horrors of the Holocaust, even after the last of the survivors has passed on. According to a release from researchers at the university:

The goal is to develop interactive 3-D exhibits in which learners can have simulated, educational conversations with survivors though the fourth dimension of time. Years from now, long after the last survivor has passed on, the New Dimensions in Testimony project can provide a path to enable young people to listen to a survivor and ask their own questions directly, encouraging them, each in their own way, to reflect on the deep and meaningful consequences of the Holocaust.