In China, a victory for women's rights and the power of social media

In a major victory, a Beijing court granted Kim Lee a divorce on the grounds of abuse and a protection order 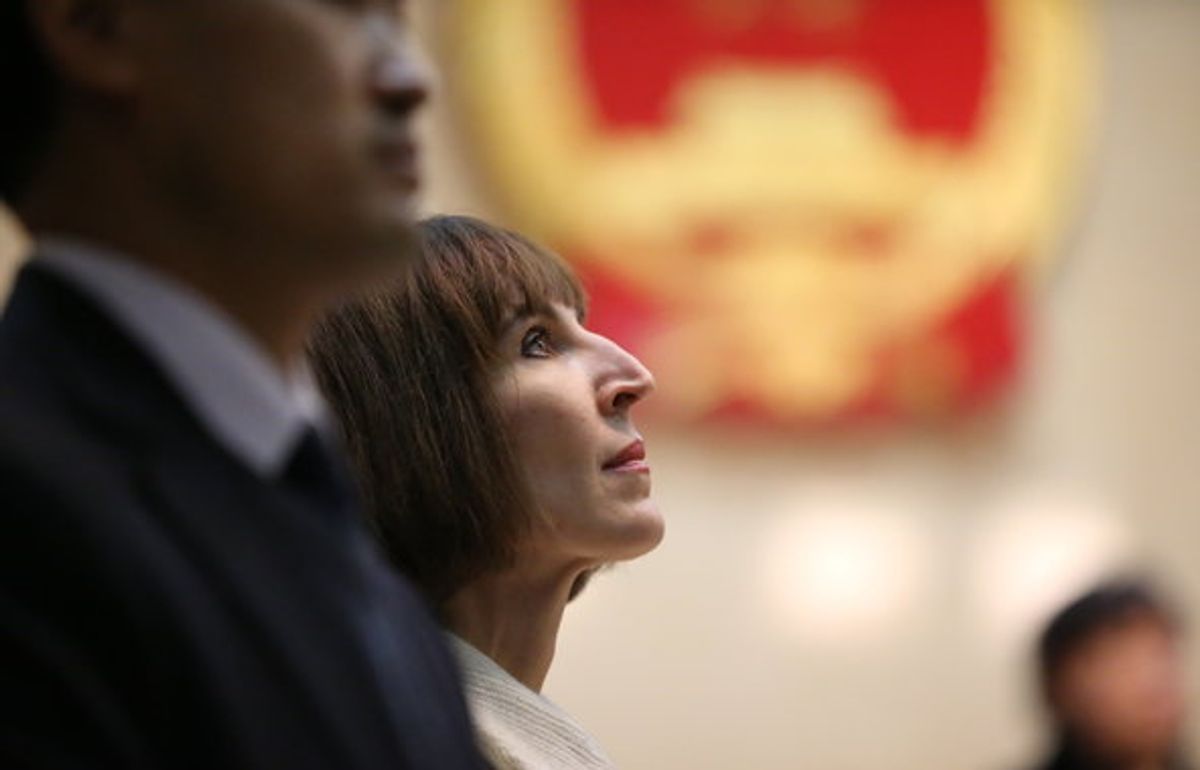 Kim Lee, an American woman who used social media to go public with accusations of domestic violence against her wealthy and famous husband, Li Yang, has just scored a major victory for women's rights and the rule of law in China.

As reported by Didi Kirsten Tatlow at the New York Times, Lee made history this weekend after a Beijing court granted her divorce on the grounds of abuse and issued a three-month protection order against her ex-husband, a first in the nation’s capital.

“It’s a very important case. All of society was paying attention,” Guo Jianmei, a lawyer, told the Times. “We’ve been waiting for this for a long time.”

And although censorship remains widespread in China, Lee's court victory is also a testament to the growing power of social media to share information and avoid direct control by government censors. After Lee posted photos and an account of her experience of domestic violence on Sina Weibo, a microblogging service similar to Twitter, it quickly went viral

"My primary goal in putting them on Weibo was to get help for myself, to help me with my three girls because no one was here. And although a part of me did know once I did that I could never go back, they could never be unseen. I mean that's a commitment to telling my friends and the people I'm closest with in China. So there was no more secret," Lee said in a recent interview.

Women's rights advocates say that Lee's willingness to speak out about domestic violence helped push the issue into the open, breaking a taboo and making what is all too often private, public.

“Kim is doing something extremely valuable for Chinese women,” one of Lee's Weibo followers wrote. “This is exactly the kind of thing a well-known person needs to bring attention to before it can really shock people.”