"Homeland" and "Silver Linings Playbook" portray the symptoms of bipolar disorder, but not its real-life treatment 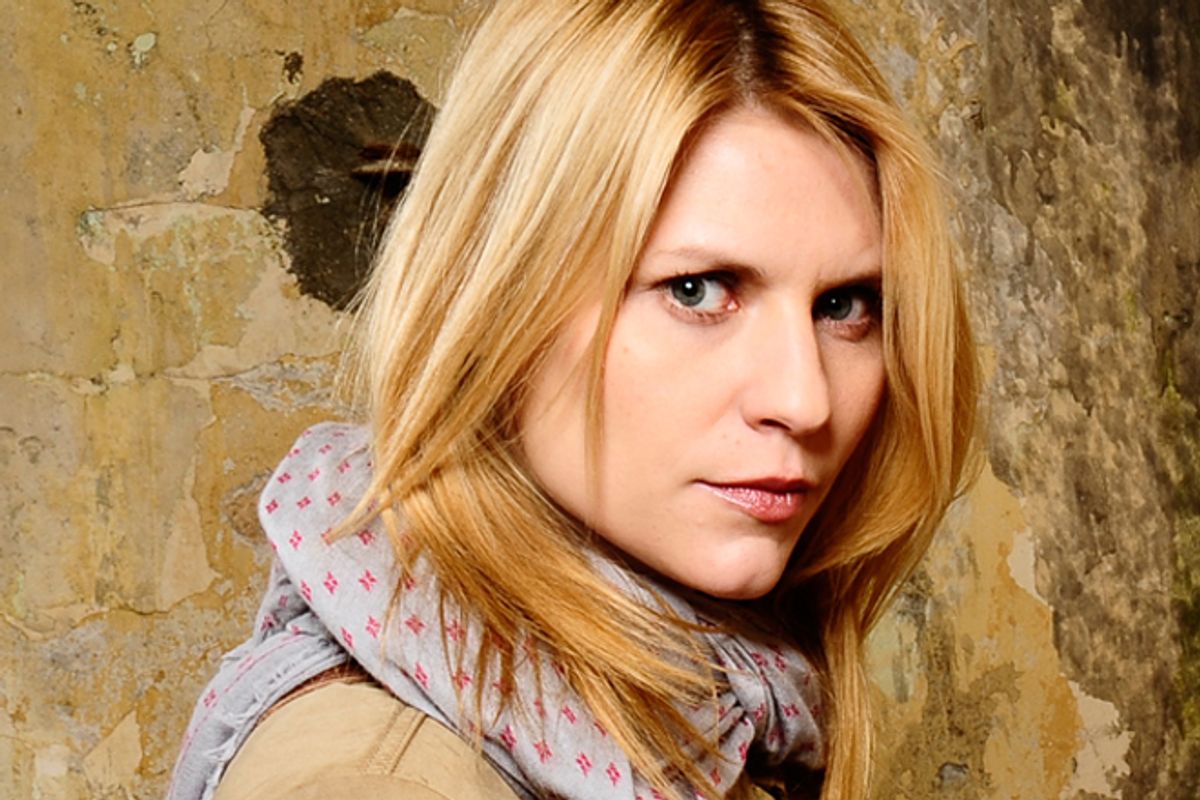 I’m not sure what happened exactly in the last 10 years, but apparently I tapped into a popular trend when I was diagnosed with bipolar disorder back in 2003.

What I mean by that is, when I was first diagnosed, I’d never even really heard of bipolar as a mental illness before. I knew the Jimi Hendrix “Manic Depression” song. And I’d heard stories of how Francis Coppola was such a crazy genius back in the '70s, but how once he started taking Lithium, he lost his creative edge and ended up making movies like—well—Jack. Oh and of course, Nirvana had that “Lithium” song.

But other than that, I wasn’t super aware of bi-polar disorder in popular culture. Now hit TV shows like Homeland and Academy Award-nominated movies like The Silver Linings Playbook all feature bi-polar characters.

Bipolar disorder is very real for me. But it’s also completely manageable.

I remember when I was first diagnosed, sitting in a psychiatrist’s office in West LA. She took down her large copy of the DSM, opened it to the appropriate page and then passed it over. Reading the bullet points of the many symptoms, I began checking them off in my mind: The manic episodes characterized by periods of sleeplessness; being more talkative than normal; “flight of ideas;” racing thoughts; “excessive involvement in pleasurable activities that have a high potential for painful consequences”—basically the story of my life—followed by severe fucking depression that can last for days, weeks, or even months.

Of course, being diagnosed didn’t mean I was going to comply with treatment. Even though I could recognize the symptoms in myself, I still remembering feeling like doctors, in this day and age, seem pretty quick to slap labels on every goddamn person with any kind of problem. All these disorders—ADD, ADHD, bi-polar, borderline, even Autism or Asperger’s Syndrome—seem to have exploded in popularity over the last 10 years. And along with each disorder comes a mountain of medication—all helping to line Big Pharma's pockets. So, in my self-righteous, addicted, delusional way, I decided I didn’t want to be a part of that process.

The fact that I was a total hypocrite, taking street drugs that no doubt contributed to gang violence, exploitation, and all that terrible Maria Full of Grace-type shit never even crossed my mind. Crystal meth and heroin were fine in my mind but somehow I told myself that Lithium and Prozac were contributing to the evil corporate culture taking over America. So I refused to take my meds and refused to accept the diagnosis.

I thought I was better than other people who needed that shit. But while my friends who were in rehab and treating their disorders managed to stay sober, I kept on relapsing over and over again. And I began having to admit that maybe one of the reasons I couldn’t stay sober was that this disease I “didn’t have” was making my life completely unmanageable.

Because even when I was sober, I kept going through these crazy manic periods where I’d have obsessive thoughts and even delusions. There was the time that, before I got on an airplane to go back to Savannah from San Francisco, a very pretty religious freak girl came up and asked randomly if she could pray over me. Somehow, in my messed-up brain, I remember feeling this intense energy shooting back and forth between us. It was enough to make me believe in God, and so I began talking on the phone to her every day for hours and hours, convinced I was going to fly up to Redding to join her religious cult and be with her. That month my phone bill was $800.

I’d go days without sleeping. It felt like I was in a car with the gas pedal pushed down to the floor, revving fast inside me so I couldn’t sit still.

The trip to Redding never happened, though, because a depressive episode hit me and I ended up being unable to move out of the fetal position. And I missed that high feeling so goddamn much that, not surprisingly, I did end up taking pills again—not the ones I was prescribed, but Klonopin and Vicodin. Those pills led to hard drugs again, and on it went.

I’m not saying that my being bipolar was the only reason I kept relapsing. But it definitely made staying sober a whole lot harder. And I’m honestly not sure what made me finally give in and start taking my medication.

I just got fed up, I guess, with crashing and burning so fucking hard. When I got sober this last time, I made a commitment to do whatever it was my doctor suggested and that included starting on a regimen of anti-depressants, mood stabilizers and anti-psychotic medication. The weird thing about these medications is that they don’t work like street drugs or pills like Vicodin or Klonopin at all. The effect is really subtle. It took a long time before I started to feel even just a little bit more stable. But slowly the meds started working for me and gradually, things started to get better.

It wasn’t just the medication, of course. It was therapy, meds, 12-step stuff and my outpatient program, too. With all of those things, my emotions stopped controlling my life and I was able to have a real, healthy, honest relationship. I’m now married. I work a steady job. I have a great relationship with my family. I have friends. It’s all shit I never could’ve done before; my life is now completely different. Bipolar disorder is very real for me. But it’s also completely manageable.

The bipolar character played by Claire Danes in Homeland, on the other hand, always seems to be a crying, bug-eyed, chin-quivering mess—someone who’s constantly freaking out, screaming, ranting or drinking white wine in a bath listening to jazz with candles all around. When I was watching the show with my wife, she kept jokingly asking things like, “Is that what you’re going to act like?”

It’s not a totally irrational question, though. After all, she’s never witnessed one of my episodes.

But the truth is, at least for me, if I stay on my medication, I really won’t act like that. Lithium, Prozac, Lamictal—these medications make it so I’m not a crazy person anymore. Of course, I know it's possible that, over time, I may have to adjust the meds with my doctor. But so far, the mania and depression have been pretty well kept at bay.

Now, there’s absolutely no reason why a TV show or movie has any responsibility to portray mental illness accurately. But I would hate for anyone out there who’s suffering to not know that there is hope for people with bipolar disorder. I really do have a good life today. I can handle situations which would have made me fall apart just a few years ago. Things keep getting better—at least emotionally, each and every day.

All without cheesy jazz music, baths, or Pinot Grigio—and definitely without as many tears.