Vogue's larger-than-life editor may be headed to late-night TV, as barriers between print and TV erode. 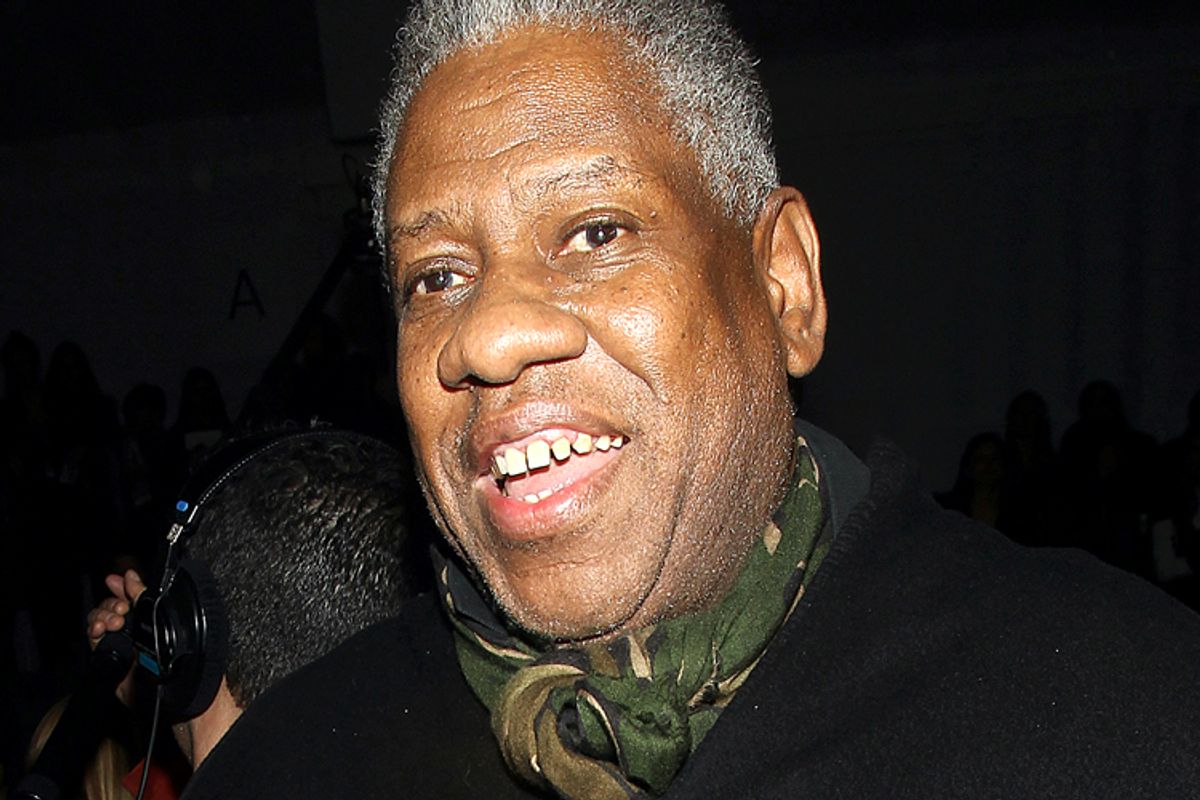 Leno, Letterman, Kimmel -- you're all quickly heading out of style, as Vogue's editor-at-large and front-of-book columnist André Leon Talley may be headed to late-night TV.

Women's Wear Daily reports that the "September Issue" star and "Entertainment Tonight" correspondent has signed a development deal with the production company Electus for a potential program Talley says "blends Dick Cavett’s approach to eloquence and sophistication with unparalleled access into my international fashion lifestyle."

Those credits -- "The September Issue," "Entertainment Tonight" -- are just a small-portion of Talley's on-air reel, and are proof positive that the barriers between the dignified old world Vogue strives to convey in its editorial spreads and the silly, goofy world of television have well and truly eroded. While Vogue hasn't immersed itself in reality TV as thoroughly as have rivals like Elle (which opened its offices to MTV's "The City") or Marie Claire (whose endorsement is a prize on "Project Runway"), it still subjected itself to a documentary, and allowed Talley to serve as a judge on "America's Next Top Model."

Until now, the greatest beneficiary of this new openness to the media spotlight has been not editor Anna Wintour, who remains sphinxlike and mysterious, but Grace Coddington, whose memoir of her years in fashion got her booked as a guest on "Jimmy Fallon." But hosting your own show is a far cry from guesting: that is, if André Leon Talley's personality and high-fashion pedigree help distinguish him from the many gay-friendly, camp-drenched chatfests already on the air.