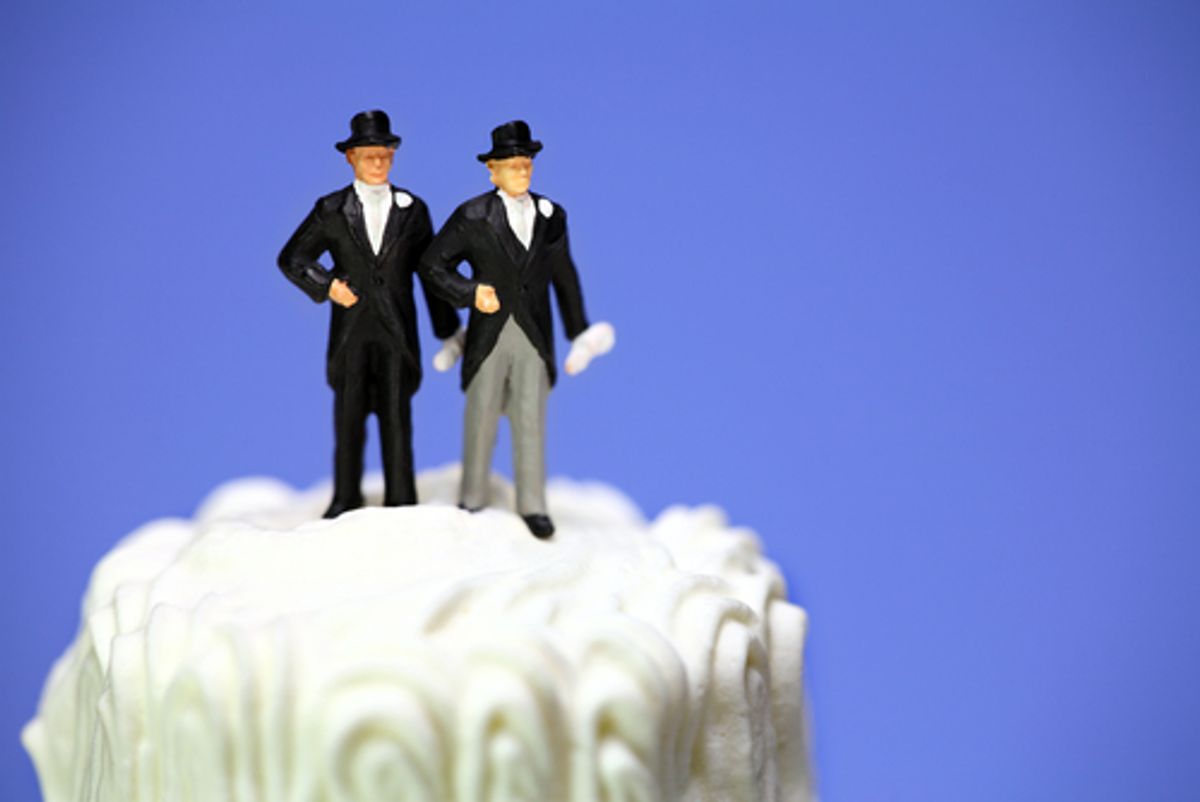 Prime Minister David Cameron and other senior British officials threw their support behind a gay marriage bill ahead of a key Parliament vote on the divisive topic.

The bill enables same-sex couples to get married in both civil and religious ceremonies, provided that the religious institution consents. The proposals have divided opinion among members of Cameron's Conservative Party and dozens of them are expected to vote against the bill later Tuesday.

In a last-minute statement, Cameron -- who did not attend the debate -- said passing the bill is "an important step forward" for Britain.

"I am a strong believer in marriage. It helps people commit to each other and I think it is right that gay people should be able to get married too," he said. "This is, yes, about equality. But it is also about making our society stronger."

Despite stronger-than-expected opposition within the Conservative ranks, the bill is expected to pass with support from most lawmakers in the left-leaning Labour Party and Liberal Democrats party.

Officials have stressed that all religious organizations can decide for themselves if they want to "opt in" to holding gay weddings. However, the Church of England, the country's official faith, is barred from performing such ceremonies unless it changes its laws.

The bill would also allow couples who had previously entered into civil partnerships to convert their relationship into a marriage.

"Marriage is the union between a man and a woman, has been historically, remains so. It is Alice in Wonderland territory, Orwellian almost, for any government of any political persuasion to seek to come along and try to re-write the lexicon," Conservative lawmaker Roger Gale said.

In a letter published Tuesday in the Daily Telegraph, senior Conservatives including Foreign Secretary William Hague and Home Secretary Theresa May urged fellow party members to support the proposal.

"Marriage has evolved over time. We believe that opening it up to same-sex couples will strengthen, not weaken, the institution," they wrote. "This is the right thing to do at the right time."

If passed, the bill's provisions would come into effect in 2015, ahead of the next British general election