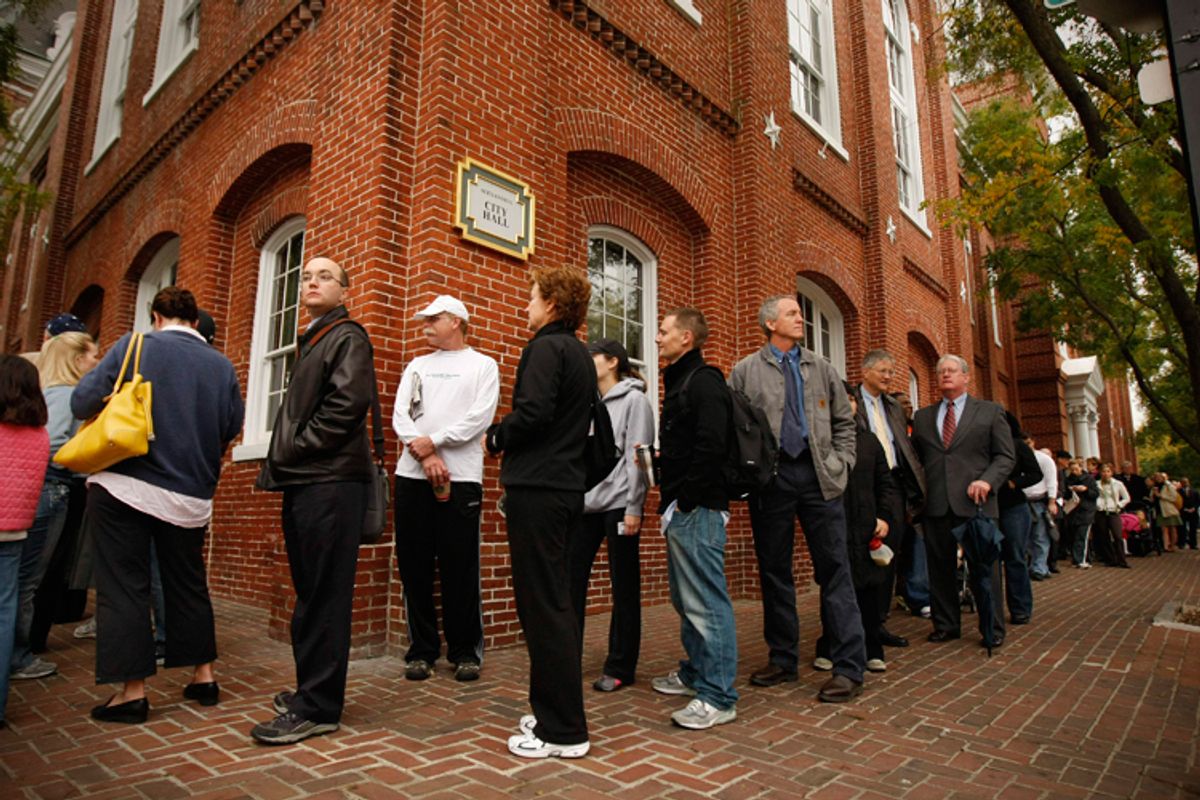 The Virginia Legislature has just passed new voter ID laws severely restricting the number of documents voters can use to prove their identity. Because "voter fraud" is not actually a real problem, Virginia's Republican legislative majority was free to make the rules as hilariously arbitrary as they wanted. And they honestly couldn't have made their actual intentions -- the suppression of undesirable poor/minority votes -- more plain.

From the Lynchburg News & Advance (via TPM):

The Senate legislation, and a companion measure -- House Bill 1337, sponsored by Del. Mark L. Cole, R-Spotsylvania, which cleared the House of Delegates today on a 63-36 vote -- would eliminate the use of a utility bill, pay stub, bank statement, government check and Social Security card as acceptable identification that can be presented at the polls. Voters would still be able to use a voter identification card, concealed handgun permit, driver's license and student ID card.

That may seem too obviously a method of making sure this bill only affects Democratic-voting Virginians and not conservative white Virginians, but this was actually a compromise from an earlier, even more blatant version of the bill. I can now reveal what Virginia Republicans initially proposed as acceptable forms of ID for voting in the commonwealth:

While none of those made the final cut as acceptable ID, Virginia will continue to ensure the sanctity of its elections by making voters in certain precincts stand in line for four hours.