A Mad magazine documentary is in the works 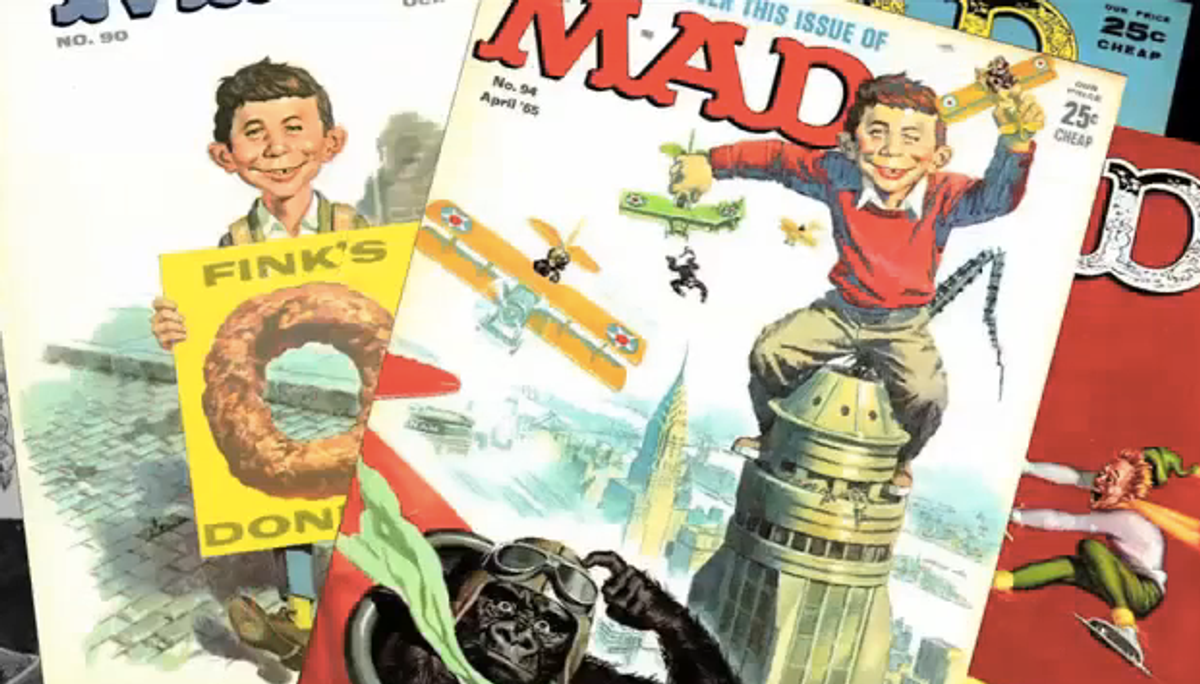 Mad magazine, oft credited as the pioneer of satire and absurdism in mainstream American culture, celebrated its 60-year anniversary in 2012. Now, thanks to a Kickstarter project, a documentary is in the works to explore the influence of the comedic mainstay since its inception in 1952.

"When We Went MAD" will include interviews with 20 original and current Mad contributors, including Al Jaffee, Mort Drucker and Dick DeBartolo. It'll also cover all six decades of Mad's history, following "Totally MAD: 60 years of Humor, Satire, Stupidity and Stupidity," a 2012 anthology devoted to "the thousands of jokes that have died on the pages of MAD."

More on the project, below:

Self-proclaimed Mad magazine enthusiast and filmmaker Alan Bernstein is the force behind the project, along with Mad Cover Site creator Doug Gilford, who together opened a Kickstarter project requesting $50,000 in donations to fund it. More than 500 backers responded, donating $52,263 (and there's still 72 hours left to contribute).

For a preview of what the documentary might offer, watch a series of interviews Bernstein recorded with Mad contributors a few years ago:

Writer Neil Gaiman, for one, is excited: