The first-ever autism-friendly performance of "Spider-Man: Turn Off the Dark" will take place this spring 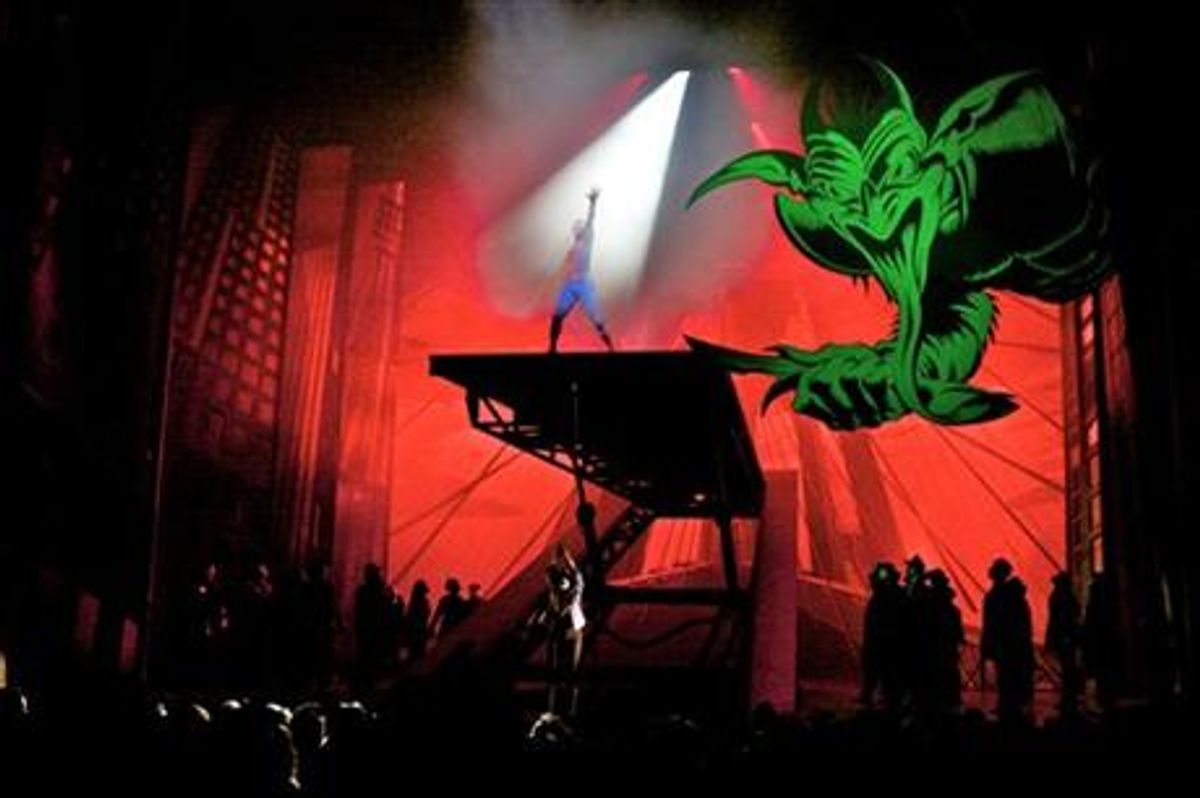 NEW YORK (AP) — The first-ever autism-friendly performance of the Broadway hit "Spider-Man: Turn Off the Dark" will take off this spring and tickets go on sale Thursday.

The Theatre Development Fund, a nonprofit organization that provides access to live theater, said Wednesday it bought all the tickets for the matinee on April 27 at the Foxwoods Theatre and will offer them at a discount for children and adults on the autism spectrum. Tickets range in price from $35-$80.

The Spider-Man musical will be the fifth show in the fund's autism-friendly program. The first was Disney's "The Lion King" in October 2011, followed last year with performances of "Mary Poppins," a second performance of "The Lion King" and one of "Elf: The Musical." Each time, the shows got enthusiastic feedback from grateful families.

Lisa Carling, the Fund's director of accessibility programs, said surveys taken after previous autism-friendly performances showed strong interest for one of "Spider-Man: Turn Off the Dark."

"We're grateful to the show's producers, management and creative staff and crew for accommodating the Autism Theatre Initiative and uniting with us to make the show an unforgettable experience for all," she said in a statement.

Autism disorders strike one in 100 children, according to U.S. government estimates. Children with the diagnosis are often sensitive to loud noises and harsh lights and find it difficult to sit still or remain quiet. Autism spectrum disorders include both severe and relatively mild symptoms.

The Broadway shows have been slightly altered to make those with autism more comfortable, including cutting jarring sounds and strobe lights. Quiet areas with beanbag chairs and coloring books, staffed by autism experts, also will be created inside the theater for those who might feel overwhelmed.

The Fund, which has consulted an advisory panel of experts in the field of autism, has also made itself available to consult with other theaters attempting their own autism-friendly performances. It also publishes downloadable guides telling children with autism what to expect during the show, including the plot, what ushers do and what to do during a curtain call.

"We are delighted to have the opportunity to share our production with those affected by autism," said "Spider-Man" producers Michael Cohl and Jeremiah J. Harris in a statement.