Both 2016 presidential hopefuls fancy themselves populists, but only one supports raising minimum wage 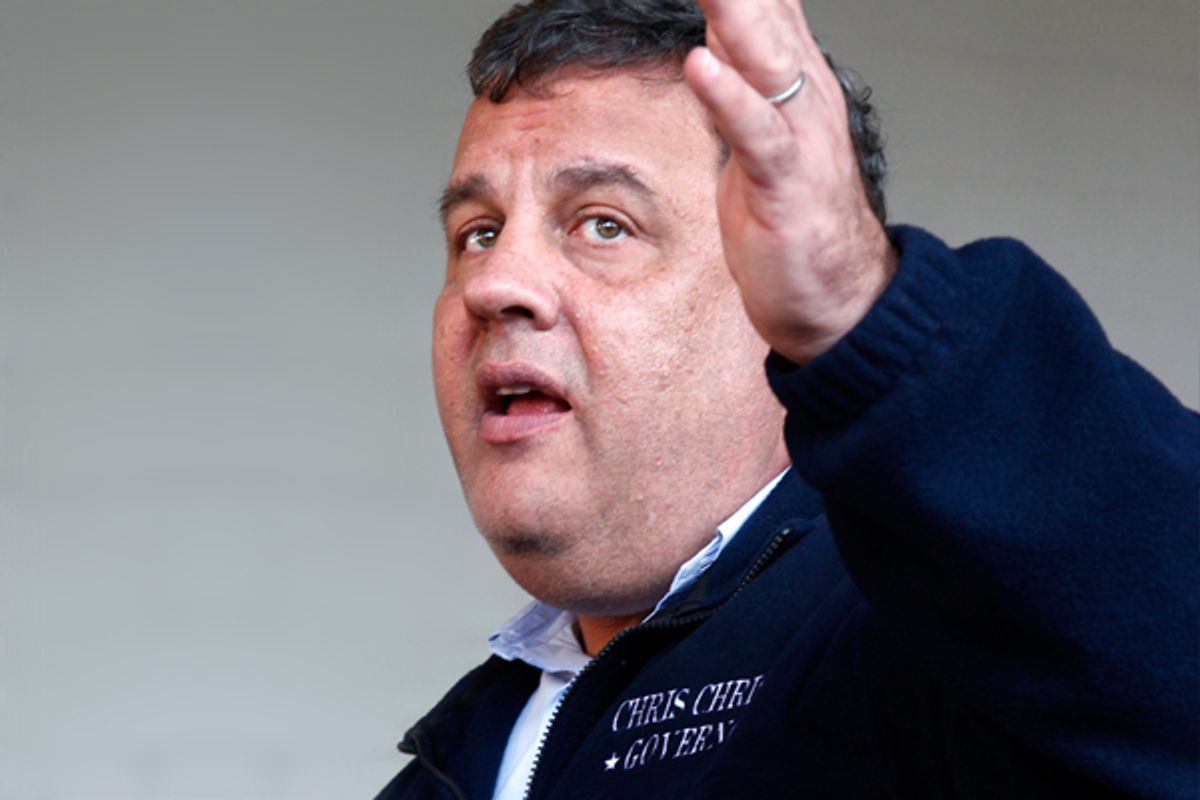 Two potential candidates for president in 2016, New Jersey Governor Chris Christie and New York Governor Andrew Cuomo, have taken opposing positions on raising the minimum wage in their states. The debate between the two governors draws a sharp distinction between competing economic visions: trickle-down vs. middle-out economics. At the same time, it also shows how limited the current debate is when it comes to dealing with what’s needed to meet the needs of working families and, in doing so, change the direction of economic policy.

In late January, New Jersey Governor Chris Christie vetoed a small increase in the minimum wage, from the current federal minimum of $7.25 an hour to $8.50 an hour. Christie said that raising the minimum wage would “jeopardize New Jersey’s economic progress.” Christie based his opposition on concerns about small business, although two out of three low-wage workers are employed by corporations with over 100 employees.

Across the Hudson, New York Governor Cuomo argued just the opposite in his State of the State address. Cuomo made the economic case for how putting more money into people’s pockets by raising the minimum wage will move New York’s economy forward:

Increasing the minimum wage leads to greater economic growth. Low-income individuals spend a larger percentage of their income than higher-income earners and salary increases in low wage occupations lead to increased demand for goods and services. Empirical evidence suggests that an increase of $1 in the minimum wage generates approximately $3,000 in household spending per year. Increased household spending will increase demand for goods and help businesses grow, thereby creating more jobs for New Yorkers.

That’s a positive change from a year ago, when Cuomo raised the same concerns as Christie after New York Assembly Speaker Sheldon Silver first put forth the minimum wage proposal. But by the end of the 2012 legislative session, Cuomo had warmed to the proposal, which in both states is supported by more than 80 percent of voters. This year, he has made it a top legislative objective, the first plank in what he calls a “progressive agenda.”

While Cuomo’s support is very welcome, the governor’s own words provide strong evidence that the small hike in the minimum wage he has proposed, to $8.75 an hour, will still far short of what a family needs for the basics in life. In his State of the State address, he explained:

Despite his passionate plea, the governor’s facts underscore the distance between his proposal and what it would take for a family to meet its essential needs. That figure is available from Wider Opportunities for Women through their Basic Economic Security Table (BEST), which measures by state and county the income a working adult requires to meet his or her basic needs without public assistance.

The BEST number for New York, using the entirely unlikely assumption that a worker has health benefits on the job, is $19.89 for a single worker and about the same for a two-worker family with two children. A single working parent with two children would need to make $36.23 an hour to have a basic living standard. The importance of Medicaid and the Affordable Care Act coverage provisions, which will start in 2014, is underscored by how much higher the hourly wage would need to be in the much more likely scenario that low-wage workers have no health benefits at work. For example, without benefits, a single person would need to earn $25.63 to meet basic needs and a single parent with two children would need $50.72.

A minimum wage that comes close to meeting to a family’s basic needs is both a question of morality and of economic policy. The underlying moral value is that all work has dignity and a full-time worker should earn at least enough to provide basic supports for themselves and their family: housing, food, transportation, child care, health care, personal and household items, and a bit to pus aside for emergencies and retirement (5 percent in the BEST budget). I’d add that a basic budget should include enough to save for higher education and a simple vacation, but those aren’t in the basic BEST calculation.

The economic policy is founded on the premise that by putting money in the pockets of people to meet at least the basics, you make working families the engine of the economy. People who can educate their children, support and care for their families, and shop in their communities move the economy forward. Nick Hannauer and Eric Liu call this “middle-out” economics, the conditions that allow both middle-class consumers and the businesses that depend on them to thrive in a virtuous cycle of increasing prosperity for all. It is at the core of why Nobel laureate Joseph Stiglitz believes that decreasing inequality is the key to economic progress. Cuomo makes the same argument, along with a much more modest proposal, which Republicans in the State Senate are resisting.

But as long as we are stuck in the politics of the immediately possible, our economy will remain stuck in low gear. To jump-start this conversation, Hanauer and Liu are proposing a federal minimum wage of $15. As Liu told me, “At a time of record corporate profits and record low wages (as shares of GDP), if poor and lower middle-class people are paid more they can buy more, and when they buy more, businesses sell more and can hire more. It infuses demand into the economy in a way that will circulate many times over. The best case for a big increase in the minimum wage is that it's great for business and prosperity.”

Meanwhile, in the realm of the immediate politics, reformers in New Jersey are planning to put a minimum wage referendum on the ballot next fall, when Christie is running for reelection as governor. Cuomo has included his minimum wage hike proposal in the New York State budget, improving the chances that it will become law. Both governors like to be seen as gutsy populists. But only Cuomo is standing for an economics based on the little guy and gal.