The oft-maligned U.S. mail is actually quite well-run. Politicians steered it into the ditch 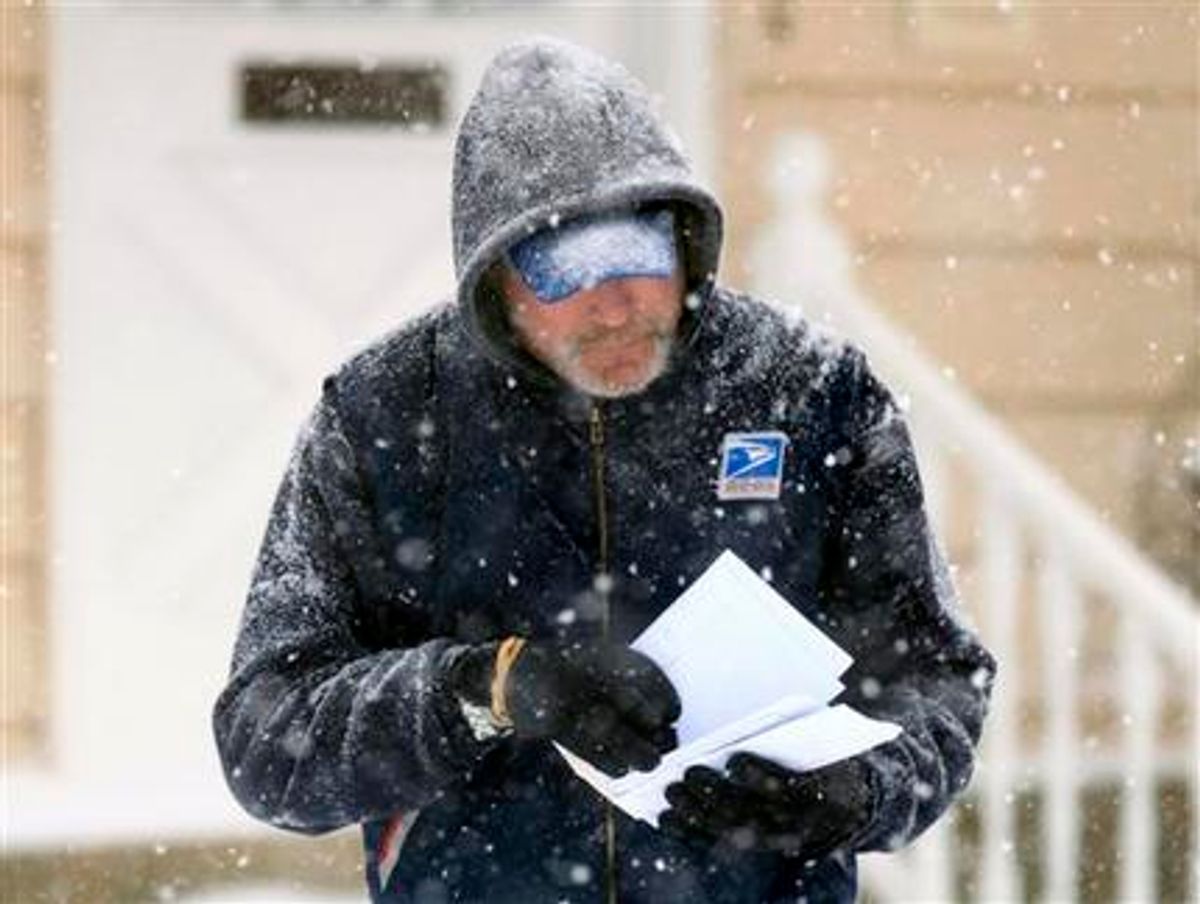 You know that feeling of pleasure you get when you see someone stand up to a bullying, incompetent boss? It’s viscerally satisfying, isn’t it?

That’s the way I felt this morning when I heard Postmaster General Patrick Donahue announce that the U.S. Postal Service intended to move forward with a plan to stop Saturday delivery of mail, effective sometime in August. In doing so, Donahue stuck his thumb in the eye of the U.S. Congress, the mail agency’s ultimate boss.  Bravo, Mr. Donahue.

You may think I have incorrectly identified the incompetent party here. After all, it’s a deeply ingrained part of Americans’ worldview that our postal service is the epitome of inefficiency and bad management, the perfect example of a bungling, poorly run government bureaucracy. That view gets reinforced from all kinds of sources – jaded journalists, editorial cartoonists given more to clichés than to cleverness, free-market economists, and others.

And it’s certainly true that the Postal Service faces serious problems. Mail volume is falling. The organization’s annual deficits are rising. The postal system is slowly circling the drain. If you pay any attention to postal issues, you’re familiar with some of the proximate causes of these problems: Email is eroding first-class mail volume; Congress forces the Postal Service to prefund retirement benefits for employees it hasn’t even hired yet; etc.

But the deeper source of the Postal Services woes is the U.S. Congress, not some imagined incompetence on the part of its managers and executives. In fact, the Postal Service is quite well managed and operates as efficiently and effectively as we have any right to expect, given the constraints we have imposed on it. And the main constraint is political: We have allowed the U.S. Congress to control the agency, and for decades – centuries, really – Congress has dictated that the Postal Service operate in ways that are politically useful for members of Congress even though they make no economic sense. In the process, our elected representatives have steered the agency into a ditch.

Back in 1970, Congress dealt with the postal crises of that era by transforming the governing arrangements of the postal system, changing it from an old-line Cabinet department to a quasi-independent government enterprise that would supposedly be free to operate in a more “business-like” fashion, freed of the political constraints under which it had operated since the days of Benjamin Franklin.

But, of course, Congress was preternaturally incapable of keeping its paws off the Postal Service, essentially insisting on maintaining ultimate political control over all important decisions of postal policy.

For decades, postal executives, looking ahead at trend lines that portended financial ruin, have tried to take steps that would put the mail system on a more sustainable footing. They’ve tried, for example, to pare down the enormous network of tens of thousands of post offices. But when they try to shut down costly, inefficient little post offices at rural crossroads, the local congressperson rises up in indignation, a defender of the local community’s “heartbeat.”

In the past, when the Postal Service has proposed eliminating Saturday delivery, Congress has quickly stepped in to stay its hand. Even though opinion polls have consistently shown, for at least 30 years, that in excess of 70 percent of the American people would prefer to lose Saturday mail delivery if keeping it would mean faster increases in postal rates (or the demise of the Postal Service), Congress bows down before the power of the National Association of Letter Carriers and other politically influential constituencies (like drug delivery companies and weekly newspapers) that want Saturday delivery.

So, we see in the case of the Postal Service an example of the larger problem of American democracy: Members of Congress are so fixated on getting reelected that rather than serving the will of broad popular majorities, they pay attention to, and heed the wishes of, well-organized interest groups that represent tiny minorities of the population.

This is true across the board, on issues as diverse as gun control, farm subsidies and postal services. To put it baldly, Congress is full of cowards – politicians whose calculus is based on the intensity factor: They cravenly give in to those constituencies or groups that care most intensely about a policy (usually those who benefit from it), and blithely impose costs on the broader public whose members are less attentive or aware of how they’re being screwed.

So, when I see Postmaster General Donahue hold a press conference to announce that he intends to eliminate Saturday mail delivery, I cheer him on. He’s aware that he probably doesn’t have the legal authority to take this step without congressional approval. He probably wanted to stir up a fuss and get the public engaged on all this. After all, efforts to fix the Postal Service’s main problems have been kicking around Capitol Hill for many months, with the House of Representatives failing to take any action.

What the postmaster general did today is try to change the “scope of the conflict” over postal policy.  He knows that if he expands the audience for the coming conflict over policy – something he surely achieved by his announcement today – he improves the odds of his winning.  The underdog or expected loser in a political fight is always wise to try to expand the audience in the hope of changing the result.

He’s not likely to win on this. Congress will probably do what it has done on countless other matters of postal policy; it will step in and say “no,” its members all the while claiming that they’re really looking out for the “public interest” here. Don’t you be fooled by it. They’ll be looking out for their own interest and that of politically influential organizations like the letter carriers. And the Postal Service will go down the drain.