Feminists and ultra-Orthodox rabbis clash at the Western Wall 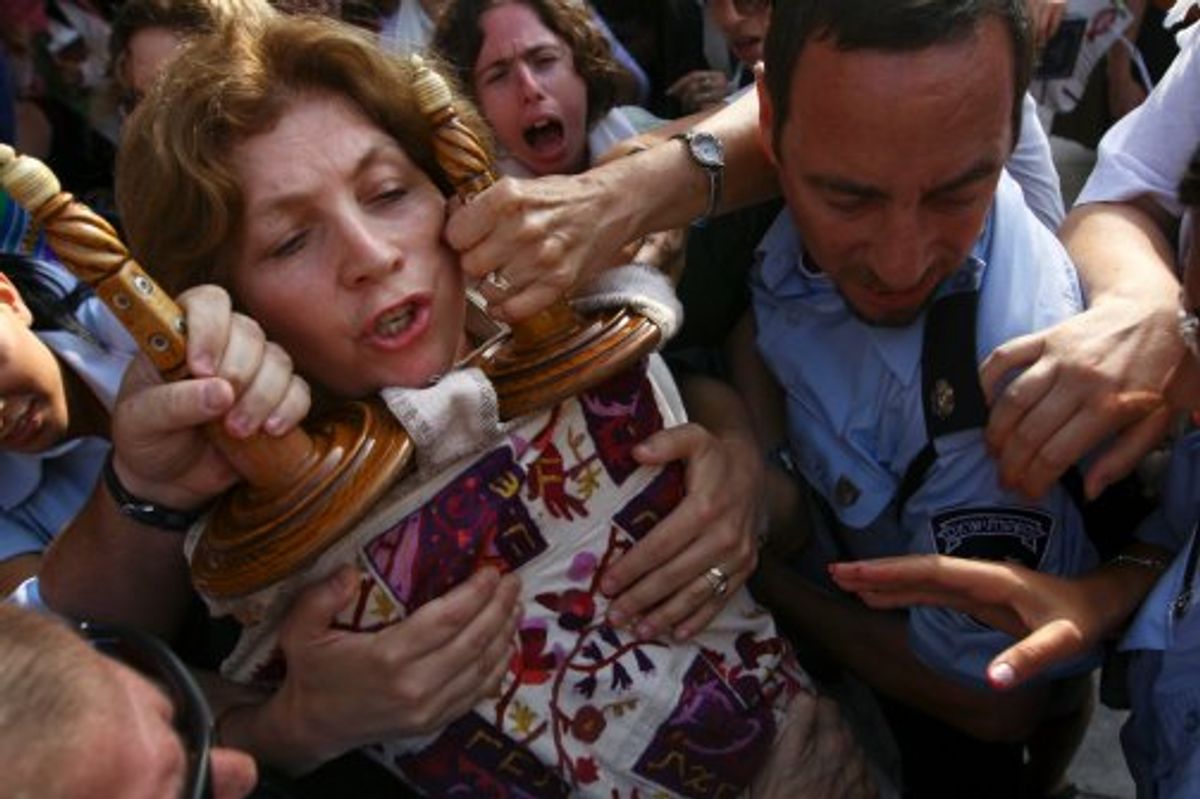 Israeli Prime Minister Benjamin Netanyahu has appointed former dissident Natan Sharansky to broker a compromise between Jewish women who want to pray at Jerusalem’s Western Wall, and the ultra-Orthodox men who have called their presence an "abomination."

The feminist group Women of the Wall has been praying at the square for decades, singing aloud, reading from the Torah and wearing prayer shawls. But the Jewish holy site is managed by Orthodox rabbis, who maintain the Wall according to a strict interpretation of Jewish law. These rabbis, in addition to police regulations, have significantly restricted women’s ability to pray at the Wall.

As a result, the Women of the Wall have clashed with Israeli police, been forcibly removed from the square, taken in for questioning and even arrested -- just for expressing their faith.

Both groups have said the ban on women singing and reading from the Torah at the Wall threatens to distance American Jews from Israel, according to the Daily Beast.

For weeks now, Sharansky has been meeting with rabbis, lawyers and activists from both sides to try to reach a compromise. But a compromise may not come easily, or last for long.

The Women of the Wall have tried to accommodate ultra-Orthodox restrictions, with limited success, in the past. As reported by Haartez:

Over the years, the Women of the Wall worked out various arrangements that enabled them to conduct their services; for instance, for a long time they were allowed to wear tallitot so long as they did not look like the traditional black-and-white prayer shawl. This led to the development of a colorful women’s tallit that became a symbol of the Women of the Wall.

Later, the police stiffened the rules and ordered the women to wear the tallit as a scarf around their necks and not to drape it across their shoulders in the traditional fashion... Little by little, these orders seem to have metaphorically cut away at the women’s tallit, with the intention of making it disappear.

“If the idea is how to satisfy everybody in the world, there’s no way to do it ... Every Jew in the world has to feel that they are connected to Israel and that the Kotel [the Western Wall] is the symbol of this connection to the Jewish people," Sharansky said of the pending compromise.

Sharanksy hasn't revealed what his final proposal for Netanyahu will entail, but as Katie J.M. Baker at Jezebel writes, "Tradition is tradition -- but sexism is also sexism." If the Western Wall is really meant to belong to all Jews, the compromise will have to find a way for Jewish women to pray freely, just like everyone else.