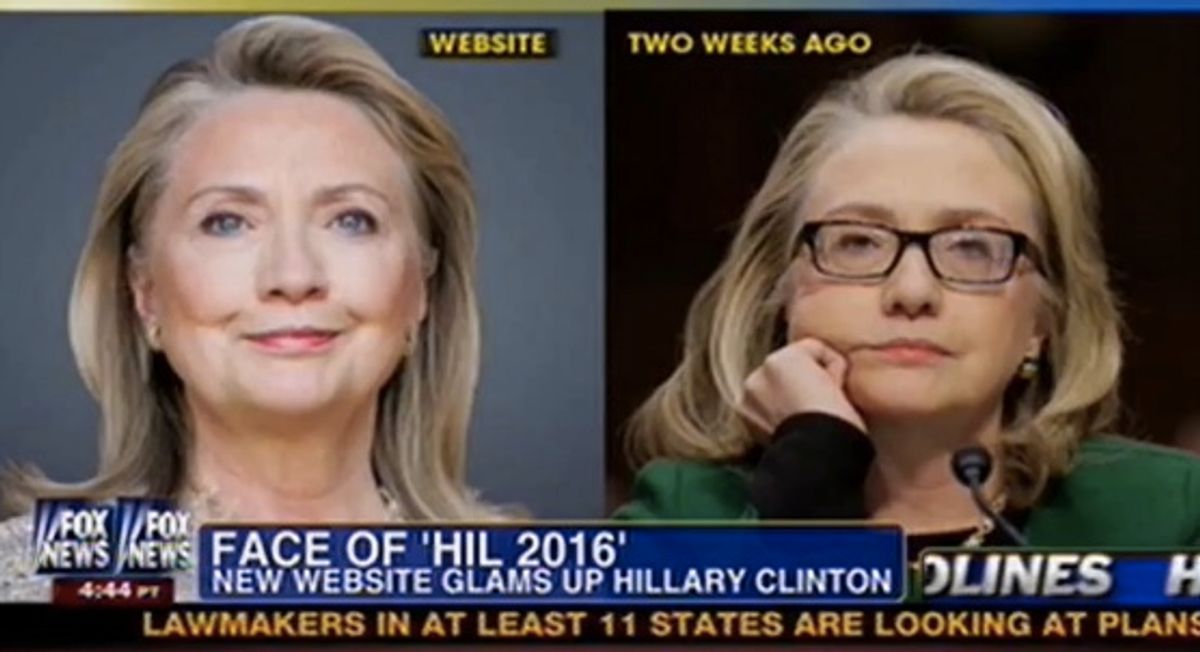 UPDATED - Feb. 6, 3:30 p.m.: Doocy defended himself on Twitter, claiming he was referring to the website as having had a facelift, not Clinton:

Fox & Friends' Steve Doocy wondered on Wednesday whether a picture on Hillary Clinton's new website actually features a "glamorous new face" that is perhaps the result of a face-lift.

"Is this the face of presidential ambition?" Doocy asked, as Fox showed the website photo next to one from Clinton's testimony before Congress on Benghazi. "Days after retiring as Secretary of State, Hillary Clinton, somebody has launched a website for her, showing off this glamorous new face. Face-lift, perhaps? Well, that’s fueling rumors about a run for president in 2016, but her aides say it’s simply a way for fans and the media to reach her."