Cobain is rolling in his grave 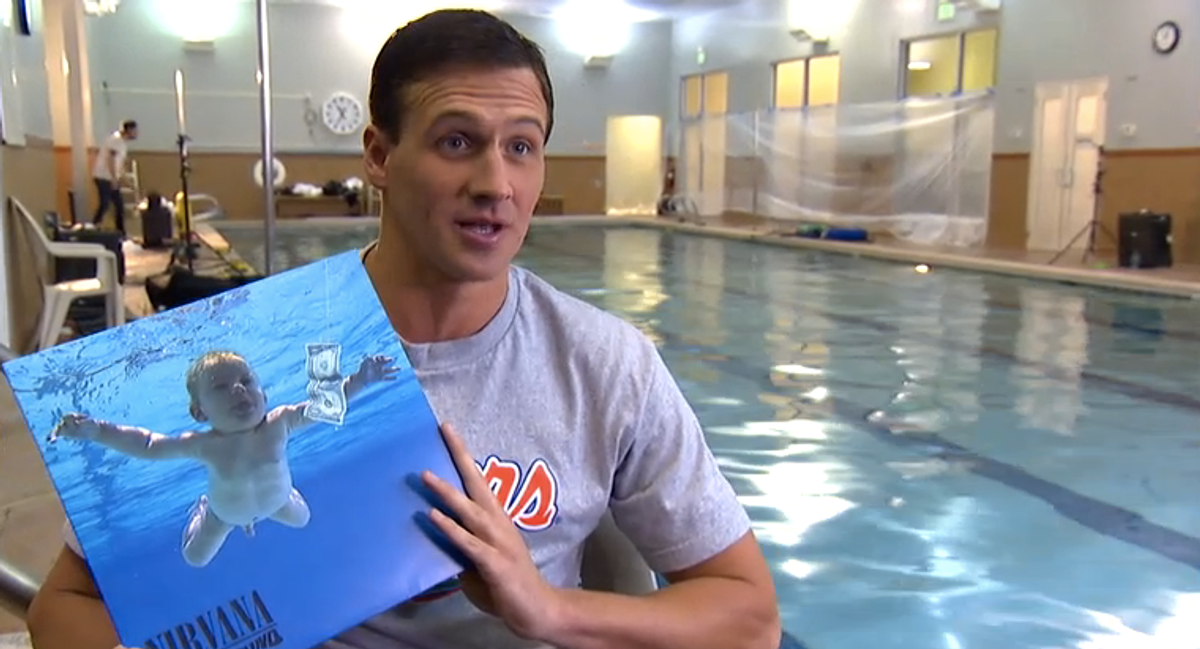 It's hard to say who is the bigger culprit in this crime against rock humanity: ESPN magazine or the Olympic gold medalist Ryan Lochte. The publication released this video of its just-completed, inexplicably timed photo shoot with the megalomaniacal swimmer, whom they cast as the floating baby to re-create the iconic cover of Nirvana's best-selling 1991 album, "Nevermind." Or as Lochte puts it, "the iconic Nirvana blah-blah."

As if the concept alone isn't enough to make all of Seattle sink into the Earth with a collective, massive cringe, just wait until they hear Lochte explain why the album's imagery resonates with him. "When you look at the baby, he's definitely happy in the water. And that's what I am. Whenever I step foot in that water, I'm happy." Lochte crinkles his nose, the soundtrack in the background blaring ESPN's idea of Kurt Cobain's "Smells Like Teen Spirit"-esque guitar riffs (how many ways can they kill a dead man?). "And he's chasing after a dollar bill," Lochte continues, "so he's always on the grind."

Though the photo shoot was easy, according to the Olympian, in order to be true to his subject, he had to forgo the goggles. He hopes that, "when everyone sees it, they'll be like, 'Dang, look at that guy!' I honestly think I nailed the shot." Smells like ... oh, never mind.