In the 1980s, Japan started a tradition of turning manhole covers into beautiful works of art 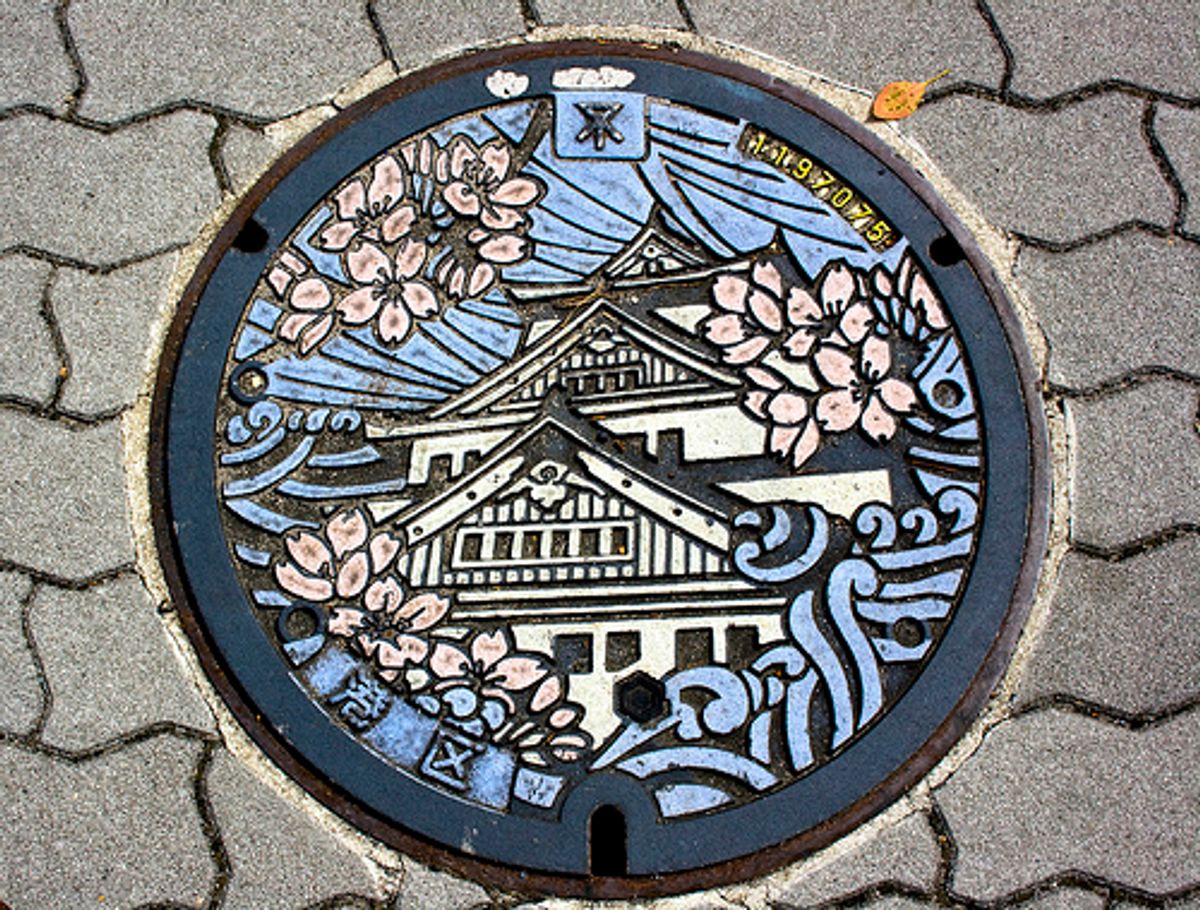 If ever travel to Japan, you may want to take note not just of the surroundings around you--but under you, as well. If you do, you'll find vivid, ornate cultural art in an unusual place: manhole covers.

According to a book devoted to the Japanese phenomenon, "Drainspotting," "nearly 95 percent of the 1,780 municipalities in Japan sport their very own specially designed manhole covers." The designs "range from images that evoke a region's cultural identity, flora or fauna to landmarks and local festivals."

The artsy covers came to be in the 1980s, when Japanese communities resisted public works initiatives aimed at replacing the existing sewer system. A beaurocrat solved the problem by letting communities decorate the manhole covers as their own, and the initiative took off.

Today, you can ese thousands of covers throughout the country; a few are shown below and you can visit the Flickr group for more.