Being a pregnant waitress can get you fired 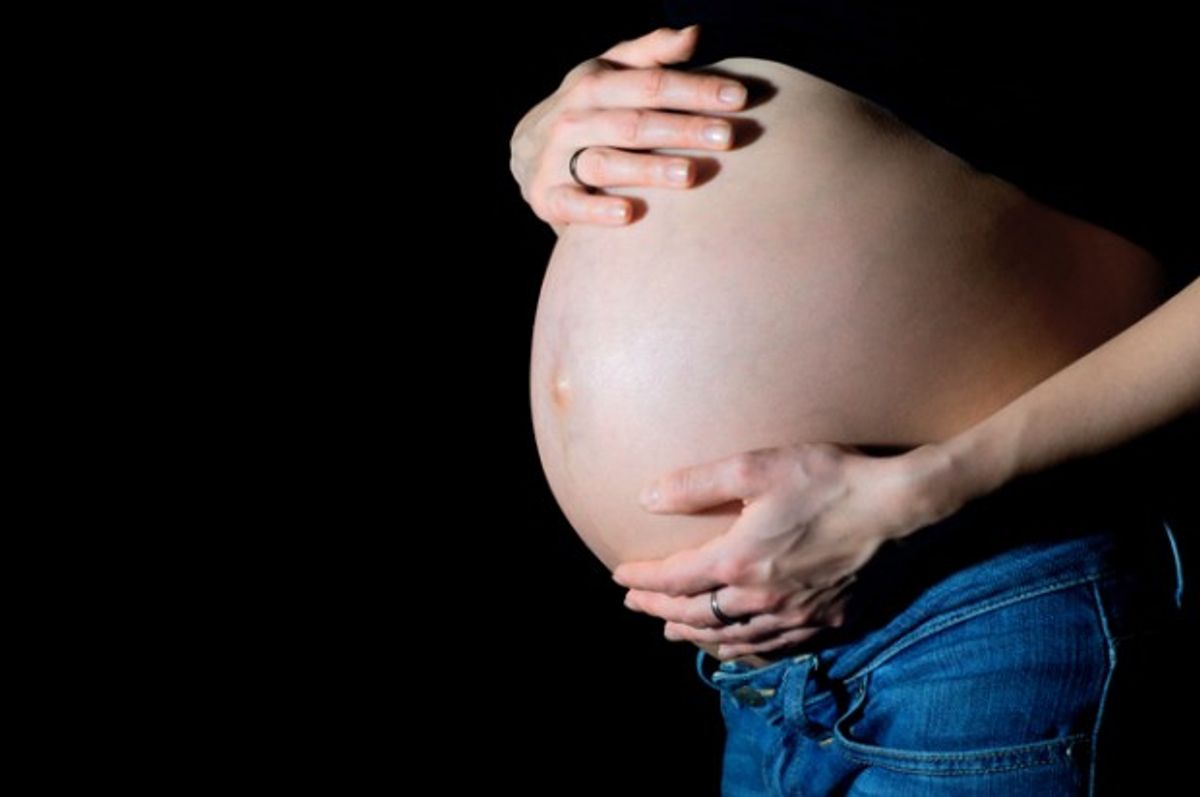 Having a family shouldn’t cost you your job. It does, again and again—especially if you’re female. Which is one of the reasons women’s pay still isn’t equal.

I’ll be writing about this in the months to come, but for today, here’s one way having a family can cost you your job: women still get fired for being pregnant. Although it’s been illegal since the 1978 Pregnancy Discrimination Act, women are still refused a job or let go if they’re pregnant. You’d be shocked, EEOC and employment law folks tell me, at how often employers say so point-blank: Come back after you have the baby. The guys don’t want to look at a pregnant waitress. Housekeeping is hard work; your pregnancy is a potential liability. Our customers are uncomfortable with a pregnant driver.

All that’s illegal. It’s wonderful that we can talk about Sheryl Sandberg going home every day at 5:30 to be with her kids. And it’s wonderful that we can have the advanced conversation about women needing to stand up for themselves in their professional careers. But there’s a different set of issues for the bottom half of the workforce: basic, straightforward, illegal discrimination still hits them, over and over again. Women who are going to be rock-bottom poor, struggling to feed their children, if they lose their jobs for getting pregnant.

Here’s an excerpt from the testimony of Sharon Terman, of San Francisco’s Legal Aid Society-Employment Law Center, to the EEOC last February:

We have heard from many women who were fired immediately upon announcing their pregnancy, and whose employers expressly told them that pregnancy was the reason for their discharge.

One client told the owner of her company that she was pregnant about when she began the second trimester, and he responded, "That's not going to work," and fired her the next day. She was not asking for any leave or any accommodation, but he said, "We're a small company, and we can't afford to cover you when you're gone." Harassment of low-wage pregnant women is also quite common, and many women of color experience discrimination and harassment based not only on their pregnancy, but on race and national origin as well.

Second, an increasingly common pattern of discrimination against low-wage pregnant workers that we've seen is that, upon learning of a woman's pregnancy, the employer will force her to take an unpaid leave for the rest of her pregnancy. The forced leave is not based on medical need, but rather on the employer's unfounded assumption about the woman's capacity to do her job, or about fears regarding safety.

When one of our clients, a Latina janitor, told her boss she was pregnant, he said she needed to go on leave right away and find a replacement. Often this forced leave occurs early on in pregnancy, when the woman is perfectly able and very much wants and needs to keep working. Then, later, when the woman really needs the leave, she's already exhausted all allowable time off, and is fired.

For real-life examples, check out some EEOC cases at Muskegon River Youth Home, where women were required to report their pregnancies; a Detroit Comfort Inn, where a housekeeper was fired for being pregnant (and becoming, in her supervisors’ eyes, a walking liability); and a Peoria, Arizona bar that refused to let a pregnant waitress work the most lucrative shift.

Firing a woman for getting pregnant—or forcing her out on unpaid “medical” leave that she doesn’t need—is nasty enough. But pregnancy discrimination can also be a little more subtle. Imagine that you’re pregnant and you just need to sit down for part of the day. Or you need to drink more water, and take more bathroom breaks, so you don’t get a urinary tract infection. That’s fine if you’re a lawyer, professor, or some other knowledge worker who can control your physical world. It’s not fine if you’re a nursing assistant, waitress, warehouse worker, telephone operator, or someone else with little power. Employers have refused to allow a cashier to sit on a stool for a cashier, or refused to let a retail worker carry a water bottle. One UPS driver’s doctor told her that, for the first trimester, she shouldn’t lift more than 20 pounds. Even though the vast majority of UPS packages weigh two pounds and her coworkers were perfectly willing to help out with the others, and even though a man with a back injury or someone with a DUI would have been allowed a temporary accommodation, she was fired—and in Young v. UPS, the Fourth Circuit recently upheld the district court’s summary judgment that refusing to keep her on was not pregnancy discrimination.

But there’s good news on the horizon. Here comes some technical information, but hang on, it gets better. Recently I talked with EEOC Commissioner Chai Feldblum, who said that recently the EEOC picked out three emerging legal issues of discrimination where it wants to make a difference. One is this business of whether employers have to accommodate pregnant workers. The push is helped by the fact that major women’s advocacy groups like the National Women’s Law Center and the National Partnership for Women and Families have asked the EEOC to update its guidelines on precisely this issue. So there’s hope that there will be change.

In 2008, Congress amended the ADA to expand the definition of disability to include temporary disabilities. You can’t fire someone for having a back injury or a concussion; you have to find a way to help them along while they get better. So here’s the question: shouldn’t pregnancies that have temporary medical needs be protected as temporary disabilities?

That may sound obvious, but it will be much more obvious—and enforceable—if the EEOC issues a formal statement saying so. Feldblum thinks it is, and said she’ll be working to persuade the other three commissioners that it’s an urgent matter of equal pay, one of the EEOC’s formal priorities. “If we can make a dent in the number of pregnant women who end up having to leave their jobs when they don’t have to really,” she said, “it will ultimately help in pay equity.”

Here’s why it matters: women and their children are going to stay poor if women lose their jobs, and later have a harder time finding new ones, just because they need to snack while they’re pregnant. It keeps women and families poor. Women’s wages can’t possibly get to equal if they get lose their jobs for having children.