Congress is ravaging the economy all by itself

The latest CBO data reveals that government is cutting economic growth in half, with no discernible benefit 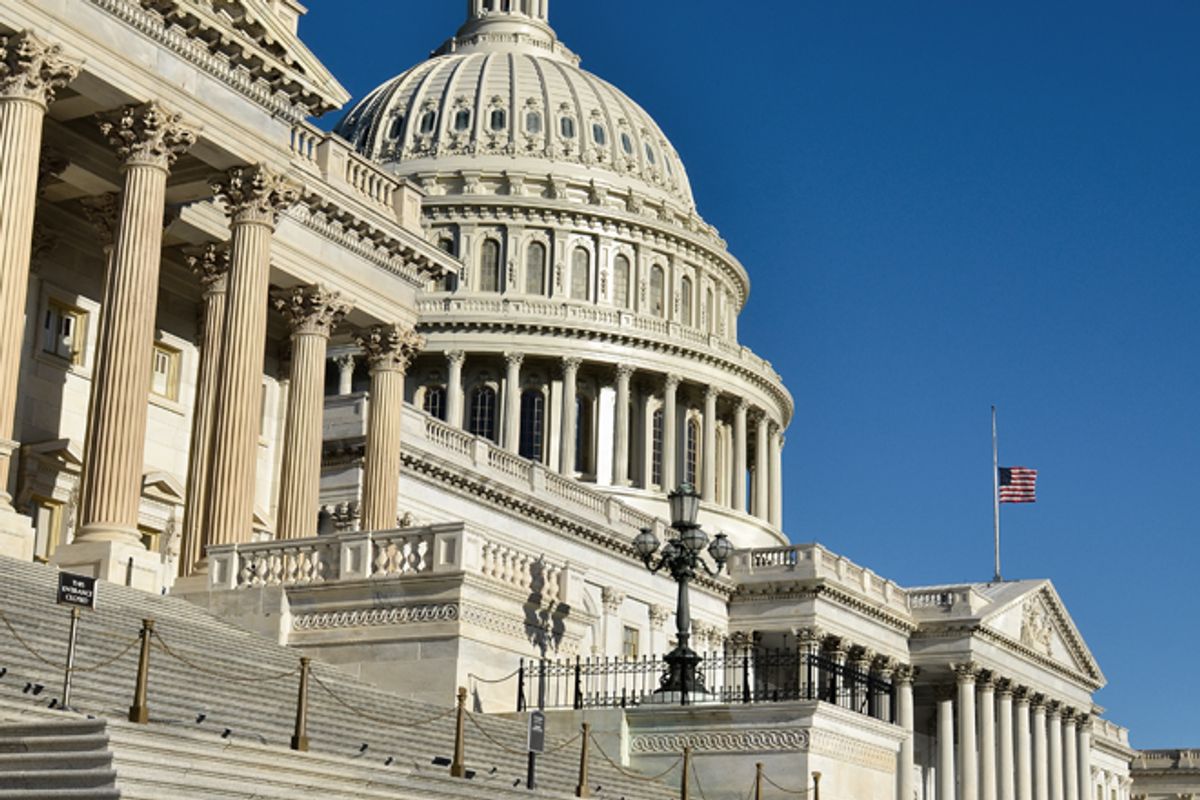 If you wanted to be (overly) generous in your interpretation of the CBO data out yesterday, you might say that we’re sacrificing the near term for the longer term. That is, we’re accepting lower economic growth rates and higher unemployment now in exchange for lower-budget deficits, which will, according to CBO, be better for growth in the future.

Here’s how they frame the issue:

… less fiscal tightening this year would lead to stronger growth in 2013 but, if not accompanied by sufficient additional tightening in later years, would also restrain real output and income in the middle of the decade and beyond owing to higher federal debt.

I must say, though, that I find this all a bit of a muddle. In 2013, according to the budget office, fiscal cuts — both tax increases like the end of the payroll tax break and spending cuts like the sequester (CBO assumes it will be implemented to the tune of $85 billion in cuts starting next month) — are cutting the economy’s growth rate pretty much in half, from a bit below 3 percent to 1.4 percent.

For what? Can anyone point to anything good that’s come of that? I’d like to say that D.C.’s deficit hawk community is favorably impressed, but they’re not. The usual suspects are not assuaged and just keep complaining that we’re not doing enough to make the “hard choices” and “real sacrifices.”

The usual argument here — the thinking embedded in the CBO quote above — has to do with public borrowing crowding out private borrowing and thus leading to higher interest rates for scarce investment capital. It’s actually hard to find convincing evidence for that relationship even in good times, but it’s impossible to find it right now, for obvious reasons. In recessions, deficit spending goes up while weak demand and Fed Reserve actions push interest rates down.

Instead, it’s quite clear that the growth pickle we’re stuck in is not due to thoughtful policymakers making considered economic tradeoffs. The R’s just want to hammer away at safety net programs (while protecting the wealthy from tax increases) and social insurance and the D’s — they want to “balance” spending cuts with tax increases.

And the only man talkin’ bout unemployment right now is the Federal Reserve chair. Actually, that’s not quite fair. The president said something yesterday about not sacrificing the recovery for arbitrary cuts, and the progressive caucus of House D’s has a plan that takes near-term growth seriously. Still, ask yourself why there are numerous big, rich organizations running around town talking about “Fix the Debt” and hardly anybody talking about “Fix the Economy.”

Neither do I mean to be cavalier about the unsustainability of the long-term budget. But let’s be clear: that has little to do with whacking away at WIC and Head Start or even Social Security, and a lot to do with slowing the growth of healthcare costs, along with raising the revenues we’ll need to support the services we all say we want.

At this point, I don’t expect D.C. policymakers to do much good for the economy in terms of investments in jobs measures that might actually build on what momentum we’ve got from the housing sector, autos, energy, and deleveraging households. But — and maybe I’m naïve — I do expect them to take a Hippocratic Oath and stop screwing it up.

Congress must stop setting fiscal traps and ceiling and cliffs and sequesters. Just leave well enough along, get out of the way, maybe do some stuff on immigration or something. Or go back to your districts and chill out. Just please stop with the self-inflicted wounds. Stop. Please.